Hello friends and welcome back to the first TV Tuesday of the year! This week I’m bring you all my thoughts on the TV show, The Dead Zone based on the book by Stephen King.

After reading the book and enjoying it and watching the movie and hating it, I had higher hopes for the TV show.

My first thoughts on the TV show are that it’s definitely of its time, early 2000s, and it looks like a show that would belong on the A&E channel. 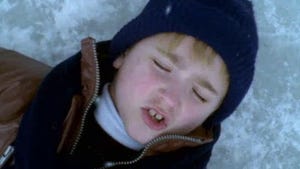 We open on kids playing hockey on a frozen pond in the 70s. Little Johnny hits his head, which causes him to have visions of a kid who’ll fall through the ice; he tries to warn the kid but they don’t listen, think he’s pulling one, but obviously he’s not because it happens. Also in this opening we learn that Johnny and Sarah have been friends all their lives.

Cut to 20 years later, they’re both teachers and are engaged.

The actor who plays Johnny, Anthony Michael Hall, actually plays a good Johnny, he’s not too nerdy, but he’s also not too cool either and it really feels like the character in the book.

We meet Johnny’s mother, she’s religious but nothing like in the book and his father died years ago. Instead, the reverend has been around as sort of like a father to him… even though Johnny doesn’t really trust him. We learn a few episodes later that he wants to keep a close eye on Johnny, but we’re not really sure why… the guy is weird and highly suspicious.

The show then follows the book where the two go to a carnival and he wins money, but then it deviates to the movie where on his way to get a movie to watch with Sarah he gets hit by a truck and is put into a coma.

By the end of the first episode he comes out of the coma after 6 years to find that his mother is dead (who he accused the reverend of, but we find out he hid his mother’s suicide), Sarah has moved on and married the Sherriff, Walt and they have a son… only unlike the book this little boy is not named Denny, but Johnny… because Johnny is his real father, but the kid doesn’t know that. In fact, the kid doesn’t like Johnny very much. Damn.

The little changes actually really work because it gives a little extra to the story that the book didn’t.

So now that he’s out of his coma, Johnny now has these premonitions; when he touches something or someone he can either see the past or the present, but they don’t always make sense. 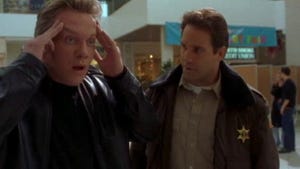 They give him this sidekick best friend, Bruce, okay he’s supposed to be his physical therapist but we always see the two of them together like best friends. I like Bruce he’s an added character who just rounds out Johnny’s life a bit. I wish we got more of Bruce though because right now he’s such a flat character. We literally know nothing about him besides the fact that he’s a physical therapist. 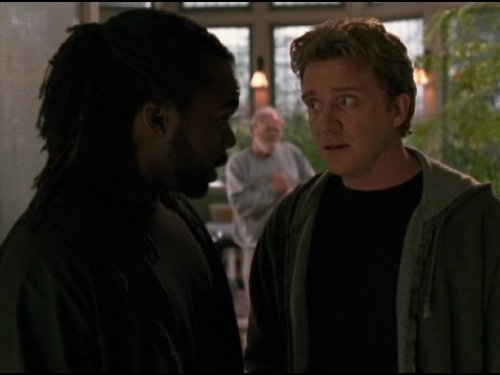 So the whole premise to the TV show is he can use his gift, or what they call it “the dead zone” to help people and that’s what each episode dives into.

Aside from him using his gift each episode, there’s this underlining plot where Sarah, who says she’s over him, but clearly she’s not and it’s annoying. She tries to hook him up with women so that she knows “he’s not available”. Like seriously?! You moved on and married someone else, you don’t get to be upset that he’s single.

The fact that Johnny helps out with the police means he sees a lot of Walt. The relationship those two slowly form is interesting, and makes for a bit of a weird dynamic between the three of them.

He tries to go back to teaching, but when he has a vision of a kid who could have a heart problem who plays hockey he tries to do something about it. 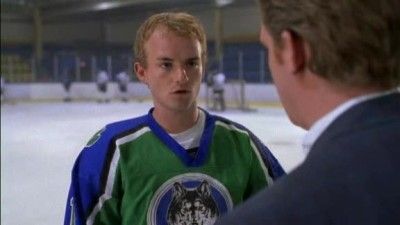 When the coach takes him out of the championship game and they lose, the parents are angry and think Johnny did it on purpose and so he ends up losing his job… which is dumb because they kid does end up in a coma after that, but of course the parents don’t see or care about that.

Over the course of the first season, Johnny helps locate a rapist and murderer, helps a man find his lost love, helps save a boy from an unjust conviction, helps find a dead son, and a runaway girl.

When he goes to help find the runaway girl he does drugs, ketamine, to try and find her; I honestly think that messed with his head because after that he’s stuck in this vision where he’s married to Sarah and they have two children and he can’t seem to wake up from it. When he sort of does, he’s passed out at the mall. Such weird stuff.

That’s what leads them to go to Boston to get his head checked, but on their way back they end up in a small town where they accuse Johnny of being a witch and murderer. He keeps seeing visions of himself being burned at the stake. He tells Bruce to get out of there and Bruce finally listens but gets run off the road and beat up. I can’t tell if it’s because he’s black or because he’s associated with Johnny. This show has had slight undertones of race and racial injustices, and I’m not 100% sure if it’s on purpose to show the injustices or not, but it does feel slightly progressive for 2002.

Is it going to be Dana to save the day? She’s a reporter who’s gotten close to Johnny and has seen the good work that he’s done. At first I really couldn’t stand her, but she’s grown on me.

She ends up writing a few stories about him so that people will be less afraid of him, but I don’t really think that helps. In the end the two go on a date, for this article, and this starts them dating I think. I don’t think they’ve really defined the relationship, but it does bother Sarah and this upsets me so much.

Earlier she was pushing him to date and be off the market, now that he’s trying to do that, she’s mad at who he picked. MOVE ON LADY! Rolling my eyes so hard. They do get together again (maybe one last time, but I doubt it).

We get a few episodes where I could take or leave. They make Johnny the white man saviour that was cringy. Dana has a past where her father was controlling which had an effect on her picking bad men, one of them very abusive. Johnny uses his powers to save her from being killed by this guy.

Then we have another episode that dealt with Indigenous People where he helps a tribe from being destroyed by a meteor; using his ability he goes back hundreds of years to save them.

Then for the season finale, they go back to the book plot for a bit. Johnny goes back to teaching, we see him with a teen tutoring him and how he predicts a fire that will happen at a local restaurant. Johnny calls Sarah (honestly he should have just called Walt directly) to tell Walt about his vision. The owner of the restaurant is pissed but Walt stands firmly behind Johnny, which I liked, I like Walt and Johnny working together.

So when the fire does happen, it’s a tragedy.

Then we meet Greg Stillson. He’s this young guy whose father pulls all the strings. In the book he’s more awful than what he’s portrayed in the show… but we’ve only just met him. I’m sure there is still lots of time to learn more about him. 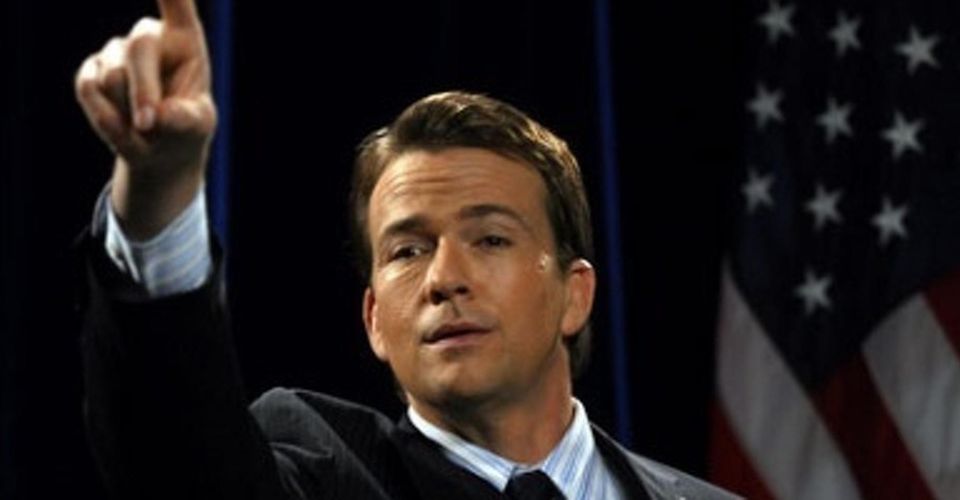 The reverend is endorsing him for congress, but when Johnny shakes his hand he gets an apocalyptic vision, one that has to do with the church. He gets locked out of something in his vision. All we do know is that something big is going to happen… something that we’ll have to find out next season.

As for the first season, this set up the story well and Johnny is a well-established character, but we need to see more from every other character; they’re all still very one dimensional, hopefully next season.

There were definitely some problematic plots even if they weren’t trying to not to be, I think they were trying to be more progressive but they didn’t hit that mark. Otherwise, I’m curious where season two is going to continue, especially as we’re nearing the last third of the book. 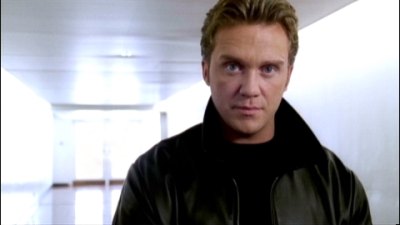