Hi guys, welcome back TV Tuesday. I hope everyone is doing well. Today I’m going to be talking about season two of Dead to Me.

We open the season right where we ended season one… with Jen killing Judy’s husband Steve. We’re lead to believe that it was a bullet that killed him… but she actually beat him to death, then threw him in the pool so that he drowned and was really dead.

I like that the show keeps us on our toes. When Jen’s neighbour comes over to drink orange wine (whatever that is) she just gets up and starts pulling the tarp off the pool because she heard a noise… like who does that?! Well we see that dead Steve is no longer there… so where did he go?

Then right at the end of the first episode, Steve shows up?!?! So he’s not dead?!

Ah-ah-ah! Not so fast, now Steve has a twin brother, how convenient… so Ben is his twin and he’s worried about Steve… of course he is. He finds out that Steve is being investigated by the FBI for money laundering… and of course Judy can’t keep her mouth shut and tells Ben that she was the one who turned Steve in.

Jen is now worried about what is going to happen to herself because now the FBI are involved in Steve’s life, she doesn’t want it to come back to her that she killed him.

Now, what I find funny is that she told Judy that Steve tried to strangle her, but that’s not the truth. The truth is she beat him to death because he was berating her. Like, Jen gets super upset when Judy lies about things, but she’s doing the same thing.

I don’t like how close Ben is getting with the two of them. 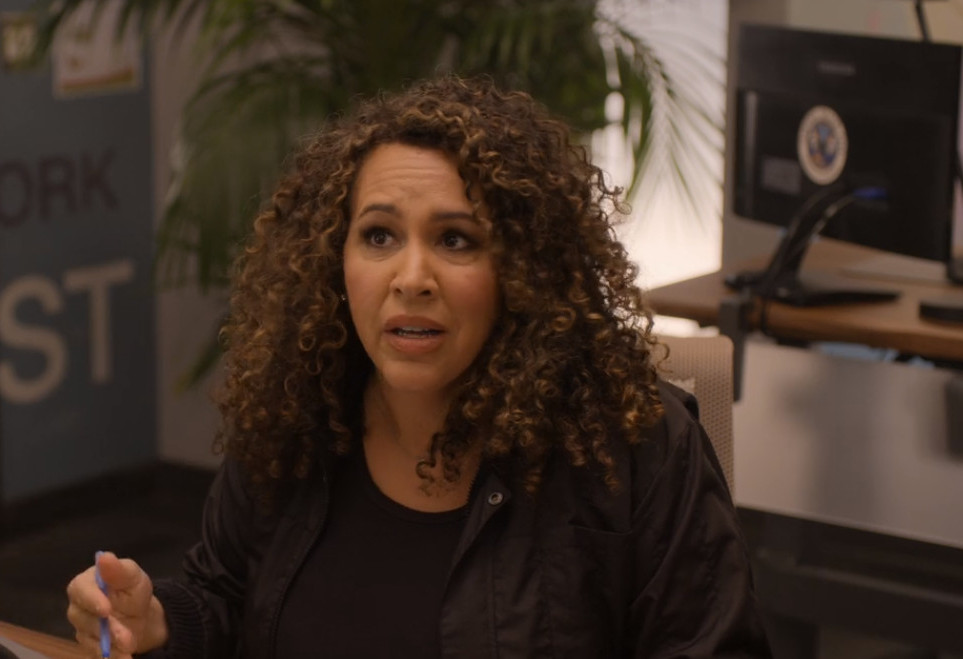 And of course the FBI agent is hella suspicious about the two of them, because one minute Jen is accusing Judy of killing her husband, the next she’s like all is well with us.

I like how Jen’s older son puts it; they can’t stay away from each other.

So it takes them two episodes to get rid of the body, now Steve is gone forever… or so they think.

Just when I thought this season was lacking in suspense, they pull one on the viewer.

Jen’s oldest son, Charlie finds Steve’s car in the storage unit and decides he’s going to take it out because he thinks it’s his birthday present. Obviously freaked out, Jen burns the car. But I have a feeling it’s already been spotted by street cams.

The plot between a new character, Michelle and Judy is interesting. I could tell she was gay and you can feel she’s coming onto Judy, but I don’t know Judy’s take on this- I can’t read her. I like that she has someone new in her life other than Jen because she needs more than one person.

And it’s interesting to see the dynamic between Jen and Steve’s twin Ben grow. I’m curious to see where it all goes (or blows up?)

Oh come on?! I can’t hate when shows try to connect everything to a T. So now that Michelle and Judy have hooked up, we find out that Michelle’s, not only roommate, but ex is the freakin FBI agent who is on their case. Like really? I was shocked yes, but at the same time just annoyed at this weird connection.

So Judy tells Jen who Michelle’s ex and roommate is and of course Jen is like, stop seeing Michelle, which Judy does. But then you’ve got Jen now hooking up with Ben… like this is going to go nowhere. I hope she knows this because how can you have any kind of relationship when you freakin murdered his twin brother?!?!

Alright, I wouldn’t be surprised if it’s Charlie who figures it all out. I have to say I’m liking all the Charlie we’re getting this season. Between the mother/son moments and Jen raising him to do right by women and not to be a bad guy and to treat people fairly, it’s really sweet. 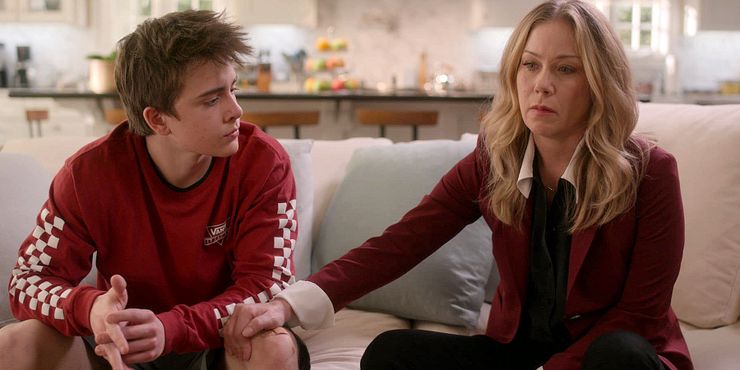 And as much as I love that Jen is trying her hardest to teach her boys to be the best they can be… she’s going against that with all her actions. She’s lying to her kids, first of all, and second it’s like every move she makes she finds herself in a bind.

So Jen offers to help hold a vigil for Steve and Charlie feels he should go because he likes Ben, which is nice. But when he sees the car he took for a joyride show up in a photo with Steve… I can just see the gears turning in his head.

Jen has to steer him away from ever talking about Steve ever again because now the FBI think that Charlie is the one who potentially killed Steve. The FBI only find out about this because they got an anonymous tip, but we all know it’s the girl who Charlie was with, Parker. What did Charlie do to her that she felt the need out him like that?

Well this freaks Jen out, more so than anything that has happened yet. I think more than she actually being the one to kill Steve. Jen and Judy have this all out screaming match where a lot of words were said… damn was it ever emotional, and a very powerful scene. I was wondering how long it would take before someone confessed. I honestly thought it was going to be Judy, not Jen.

Wow- what a finale. I was interested in how it would all end, and how they’d create another season and well, alright.

So from the top here, Jen goes straight to Perez, the FBI agent’s house to confess to the murder of Steve.

The two of them go out to the woods to find the body… but Jen can’t remember where it is. She’s so prepared to go to jail, that’s when Perez tells her that she’s going to go home to her boys and tell them she loves them; that they’re going to pretend none of that ever happened. Perez is actually a decent person and I’ve really come to like her as a character this season. Even though she and Judy don’t see eye to eye I’ve liked the weird back and forth with them.

Back to the finale though, Jen does just that, goes back home. The reunion between her and Charlie is so sweet. So Charlie found papers in the garage that belonged to Steve and he gives them Judy who is able to use it to get not only Steve, but an asshole in the police department too.

Judy comes into money and they use part of it to buy Charlie a car. And this subplot of putting in a stop sign in to save lives comes full circle, but oh the irony! When Jen and Judy stop to take it in they get hit, I honestly thought Jen was dead… but anyways, they get hit by none other than Ben… and he drives away. Wow.

We see that Ben has been drinking because just before he gets a call that, I’m assuming they found Steve’s body, for real this time.

I’m so curious where this is going to go, what are they going to do with Steve’s body? How can they just let Jen go? Is Jen even okay? Wouldn’t it be interesting if she were to die now?

Now I have to wait until next season.

This season has been a whirlwind, not as great as season one was, but still entertaining and worth watching.