Hi everyone, happy Tuesday. GUYS! It’s the LAST DAY of March! Can you believe it?!? It only took us 100 years to get here, but we made it! I’m looking forward to April… April feels hopeful, but before we get there, let’s wrap up March (and toss it in the trash! 😝)

If you missed February’s wrap up, catch it here!

I’m 23% of the way through The Stand. Am I enjoying it? Again, like last month, yes I am but it’s been very, very slow going. I keep hoping for longer chapters to really dive into, but I haven’t gotten that just yet.

I’ve made it to the third book in the Uglies series: Specials. I don’t have much to say other than I’m excited to get into this!

I’m reading Emma by Jane Austen; I’m enjoying it and I want to finish it tonight… but I doubt that is going to happen as I have over 100 pages and I’ve just been too tired to read much these days… it’s sad 😦

I read a total of 8 books this month, not bad. I managed to read all female authors (minus my re-read of Pretties) and I’m proud of that. My Instagram has been alright, could have been better, but I’m not going to beat myself up over it.

Happy Saturday friends! The sun is shining ☀️ I’ve got a book in hand 📖 and a drink by my side ☕️ I couldn’t ask for much more! Has anyone read News of the World by Paulette Jiles? This has definitely been a journey I keep getting engrossed in! 📚🌟📖🌟 #newsoftheworld #paulettejiles #fiction #novel #bookstagram #reading #readinglife #books #bookaddict #booknerd #igreads #bookworm #bookgeek #bookishfeature #bookish #bookstagrammer #bibliophile #bookaholic #bookphotography #booklover #booksofinstagram #reader #starbucks #starbuckscoffee

Happy Sunday! ☀️ I painted my nails for the first time in years 💅🏻 It’s funny how something so simple can be such a mood booster! ☺️ I started Iron Cast by Destiny Soria the other day and I’ve been enjoying it! 📚❤️ #ironcast #destinysoria #ya #youngadult #teenfiction #bookstagram #reading #books #bookaddict #booknerd #igreads #bookworm #bookgeek #bookish #bookstagrammer #bibliophile #bookaholic #bookphotography #booklover #booksofinstagram #reader

Happy Tuesday friends… a late Happy Spring! 🌷 The weather here has been terrible and very winter-ish so I’ve pulled out my reading socks! 📚❤️ I started reading The Taking of Annie Thorne by C.J. Tudor and I’m just as invested as I was in her first novel… I just wish I didn’t see how similar they are. Doesn’t mean I don’t like this though because I’m definitely enjoying it! 📚❤️📚 #cjtudor #thetakingofanniethorne #readingsocks #socks #tuesday #vsco #vscocam #vscobooks #bookstagram #reading #books #bookaddict #booknerd #igreads #bookworm #bookgeek #bookish #bookstagrammer #bibliophile #bookaholic #bookphotography #booklover #booksofinstagram #reader #readerofinstagram #thriller #thrillerbooks #fiction

Kim’s Convenience is just as funny and as poignant as ever. I could binge watch this all day. Watching the character dynamics is SO interesting… some of them are incredibly cringy, but the uncomfortableness of it all is what makes it so life-like and real.

Station 19 has gone in quite a few directions that I wasn’t expecting! They’ve really pulled some fast ones, but for the most part I’ve really enjoyed watching the show and watching all the dynamics between all the characters because they are all so different and special.

Grey’s Anatomy as I mentioned last month, is a show I will always be trash for… even if it puts out trash. So uhm, what was that good-bye to Alex episode? I just feel like that whole thing was a cop-out to get him either off the show, or the actor wanted to leave and they had no way of getting him back so they used this voice over bull-crap… THEN where he went, WHAT was that?! What is this show?

I’m finally getting around to season 3 of The Chilling Adventures of Sabrina. So far, it’s been intense but a lot of fun to watch.

There’s something about early ’00s movies that are so nostalgic to me. I’ve never seen What a Girl Wants but I definitely love Amanda Bynes in this, much like I like her in anything she’s been in. I had no knowledge of the plot going in, so I didn’t expect this to be about a father/daughter relationship, and I actually really liked that. Sure there was the typical love story, and the ugh *shutters* girl hate, but I liked her finding out who her father was and trying to get to know him.

Continuing on with my early 2000s movies, OH MY GOSH do I ever love Freaky Friday. There is just something about this movie that I can’t get enough of. I can quote along to this whole movie because I’ve seen it that many times. I love the mother/daughter dynamic and just seeing them in each other’s shoes. I also wanted to be Anna as a young adult, I still kinda want to be her now ha!

I didn’t like the first Paddington Bear movie, I saw that in an empty theatre with my friend and we talked through the whole thing… but everyone seemed to really love Paddington 2 so when it came to Netflix, I said why not? Oh my goodness, now I’m sorry, unpopular opinion here, but I don’t think he’s the cutest bear out there, he definitely has nothing on my Pooh Bear! BUT this silly bear got me crying for him! Gosh was this ever such a sweet and funny film! I definitely prefer this to the first!

I’ve never read the book, and I wasn’t really expecting to watch the movie, but I was going through Netflix and I didn’t know what to watch and I just caved and decided to watch Wonder. Another movie that had me in tears… I think I weeped for most of this film. It’s so sweet and heartbreaking, but also just filled with hope and love. I not only loved Auggie’s transformation, but his sister Olivia had a great arc too that I enjoyed.

I have read the book! I read All the Bright Places back in 2015 and I was interested to see the story come to life. Let’s just say this month is the month I just cried to everything I watched. I think I was in tears for most of this movie… that doesn’t mean I didn’t enjoy it. I thought it was a good adaption and took the essence of the book and brought it to life.

This Is Us wrapped up its fourth season last week. I have to say I don’t really like where they took Randall’s character this season. I hate what Randall said to his brother Kevin in the finale, I don’t like what Kevin said back, but I don’t believe Kevin meant it, but I know that Randall did UGH. You know, we’ve had this really nice rosey picture of Randall for 3 seasons and now this… I don’t know I just feel like there could have been better ways to go about his anxiety issues.

I’m mad at the way season 12 of ER ended! There were just SO many questions left unanswered… are characters going to die?! And they made it SO sad… it was just one thing after another for one episode. I still love this show, after all these seasons I’m still as invested as I was when I started. I have 3 more seasons left!!! I can’t believe it!

Ant-Man and the Wasp is the only Marvel movie I haven’t seen… and I decided to finally watch it. After a very stressful day at work I couldn’t read anymore (which made me super sad!) I put this on, and I have to say I enjoyed it!

WHY DID IT TAKE ME SO LONG TO WATCH Julie & Julia? OMG, this movie was everything! I’m finally going through my Netflix list and this was SO good. This is something I’ve always wanted to do… go through a cookbook (although mine would be a baking book!) and complete all of the recipes… maybe this movie was the kick in the pants I needed. I may even start thinking about a new blog segment.

The Good Doctor wrapped up season 3 yesterday and it felt very much like it was the end of the show…. all these characters are just leaving and whatnot. I know I’ve said that I haven’t cared for the show, so I won’t be sad if it doesn’t come back, but it definitely still made me cry…

TV Tuesdays are on hold for the month of March.

What a month it’s been. It’s crazy out there, and I hope you’re all staying safe!
I have to say that March 13… a.k.a Friday the 13th felt like Armageddon out there. That morning we had an impromptu meeting about COVID-19 and the steps the company was taking for it. We were told at first that it was mandatory to work from home, then it was levelled out to what you’re comfortable with. Needless to say, I got clearance to bring my 32″ monitor home so I could work from home until the end of April.

That same day, the grocery stores were crazy, people were getting in fights, the line ups were long and food (and toilet paper for some reason… I still don’t understand that one) were running low. Madness I tell you.

On the same note, all public places are officially closed down or running on shorter hours. The library closed on March 16, I was able to go one last time before it closed and stock piled… I wasn’t the only one… people were leaving with armfuls of books! 😂

On some happier notes, before the corona virus got to be a pandemic I had my first “shopping spree” of the year. Literally, on March 1 I bought 4 books (now I know why I did!) The following weekend I went out to the mall and purchased 2 pairs of jeans (because I seriously need them!) and I bought a new pair of slacks/dress pants for work. They’re so cute, maroon colour with a little black square pattern… I’m not doing a very good job describing them 😂 and a new pink top! When I’ll be able to wear them, nobody knows!

Here are some unboxing videos I posted on my Instagram last month… (for some reason I can’t get the last one to upload… but enjoy the two I can!) 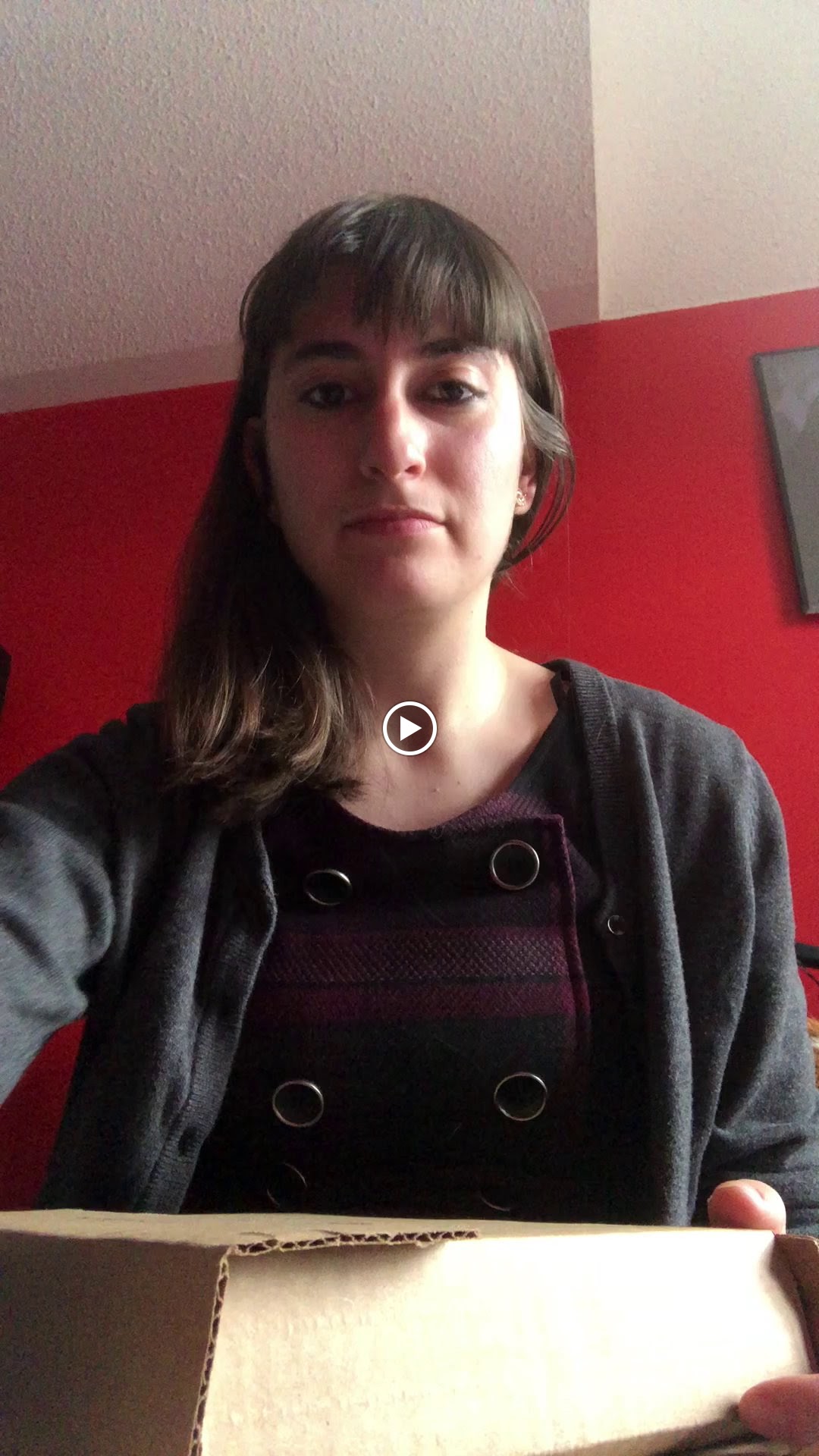 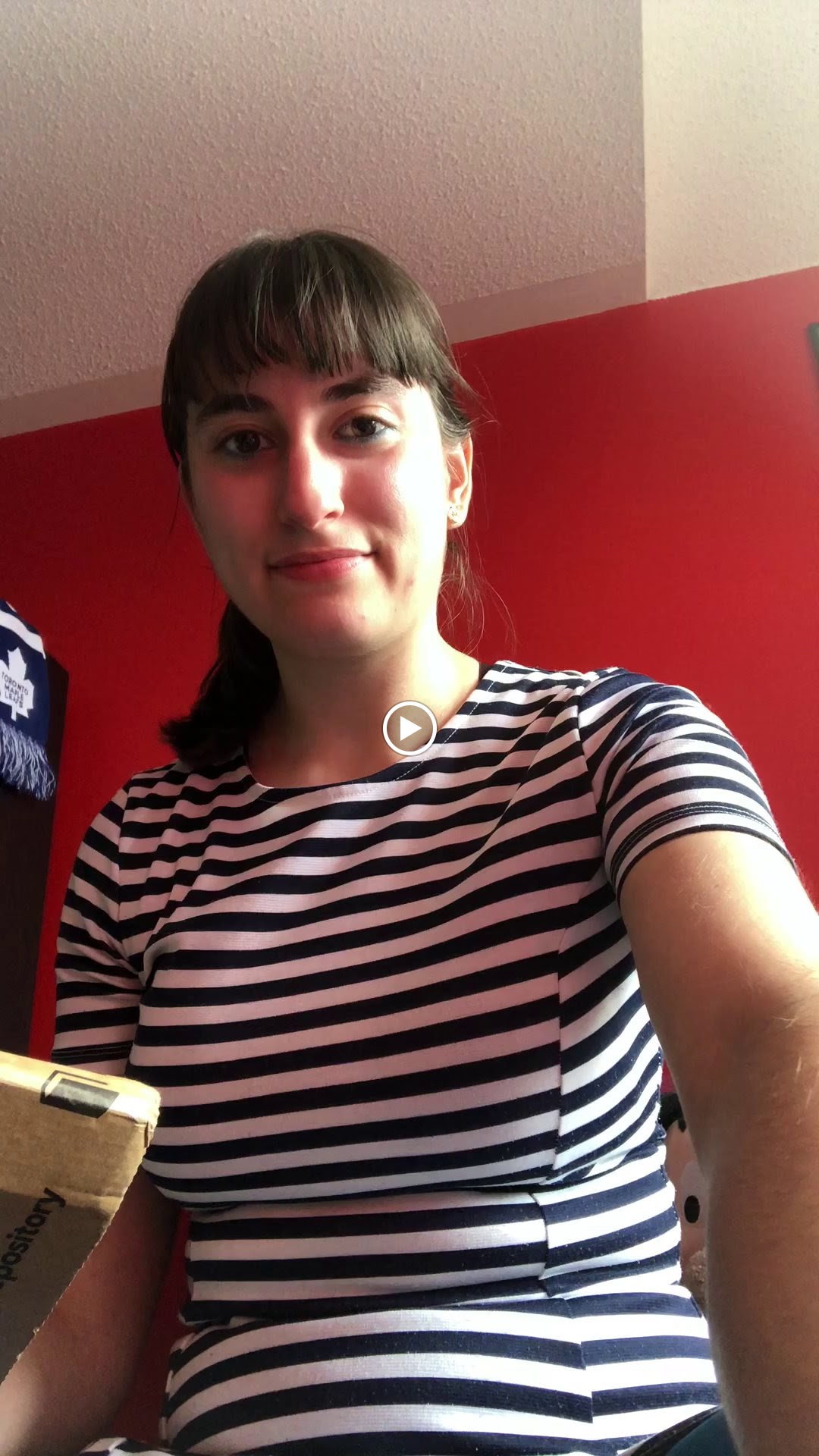 Some more happy things (to me!) A shrimp dish I had that was SO good! My man has a hot sauce and I of course had to buy it, and this book made me giggle. 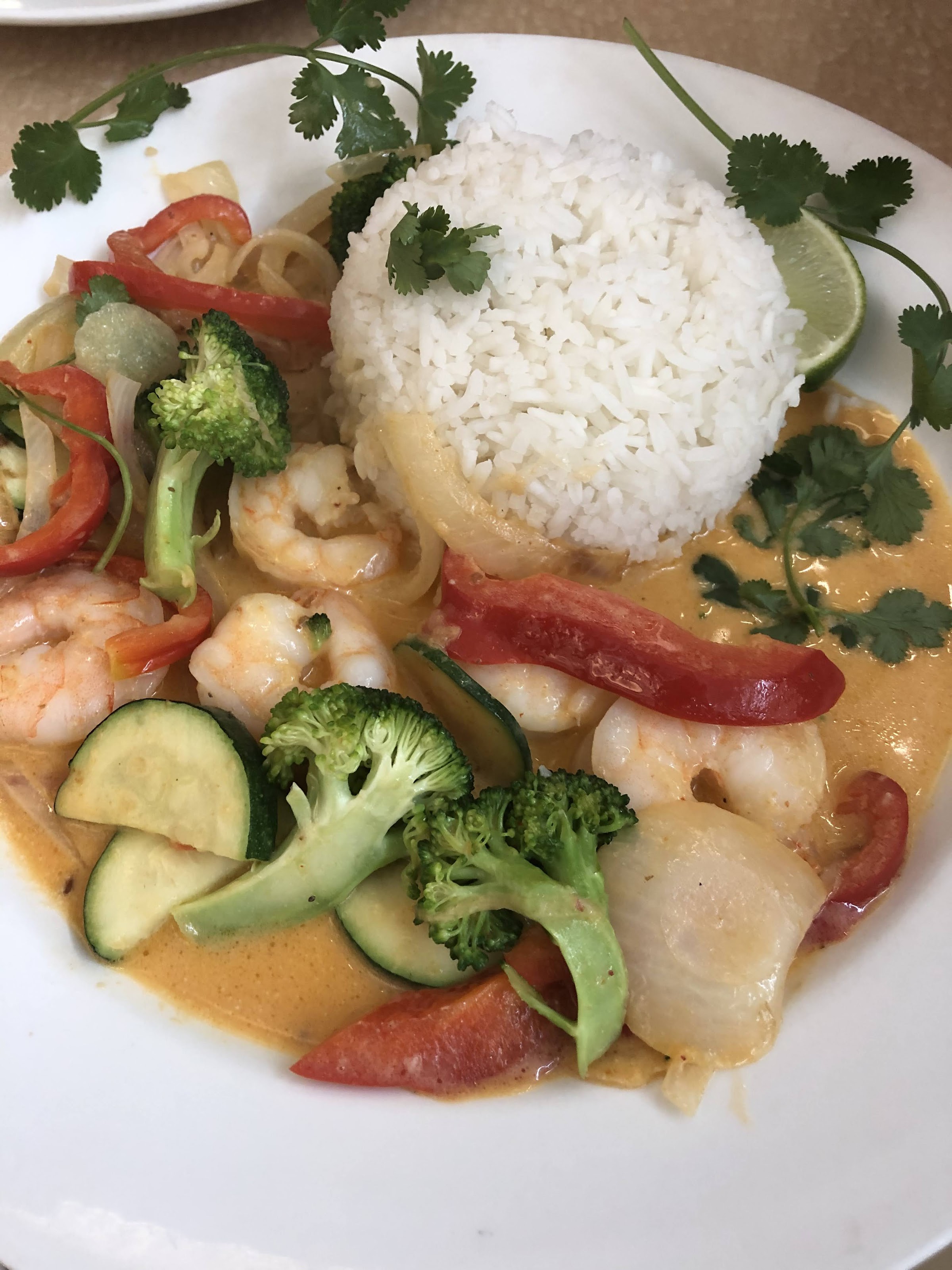 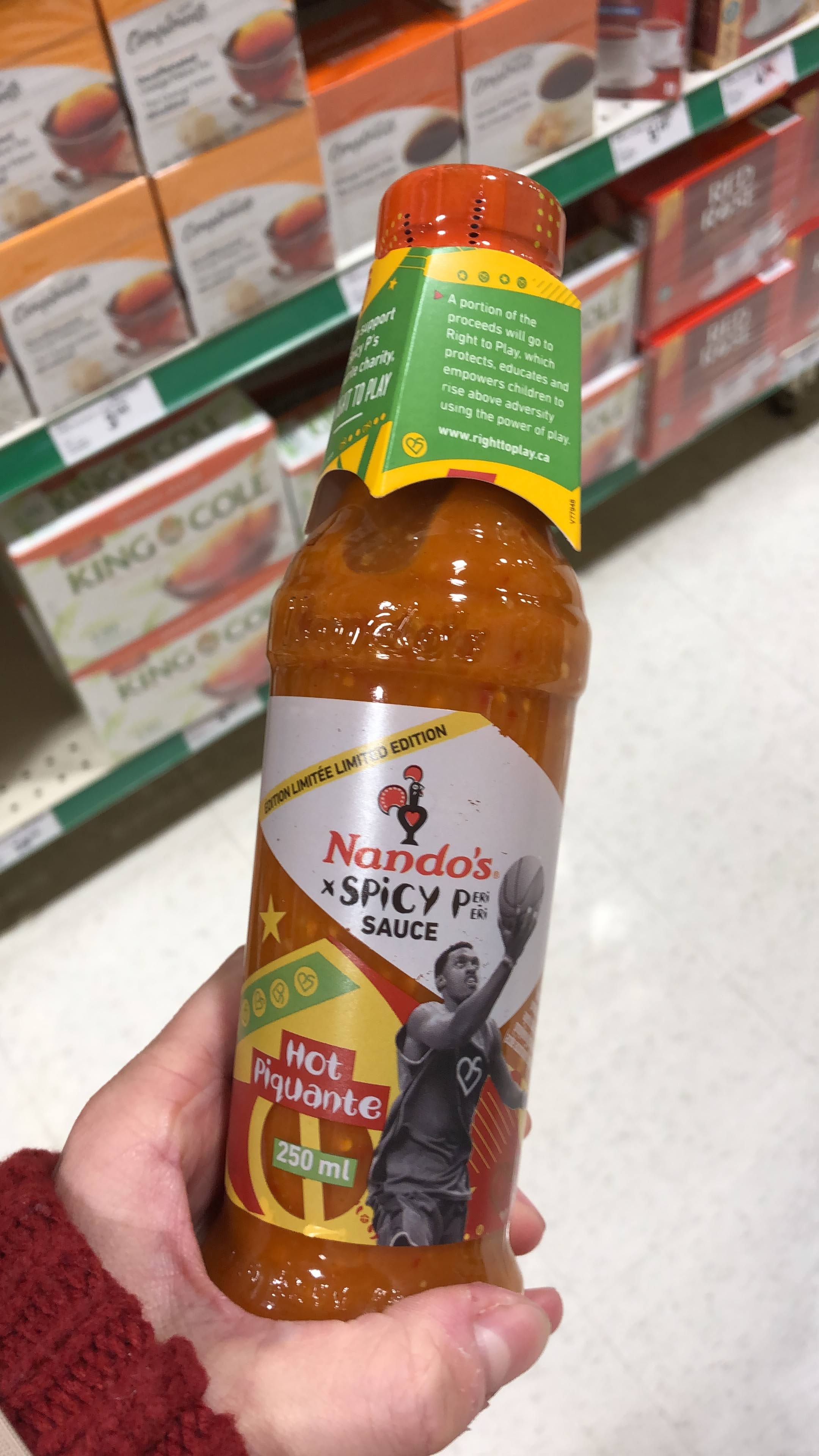 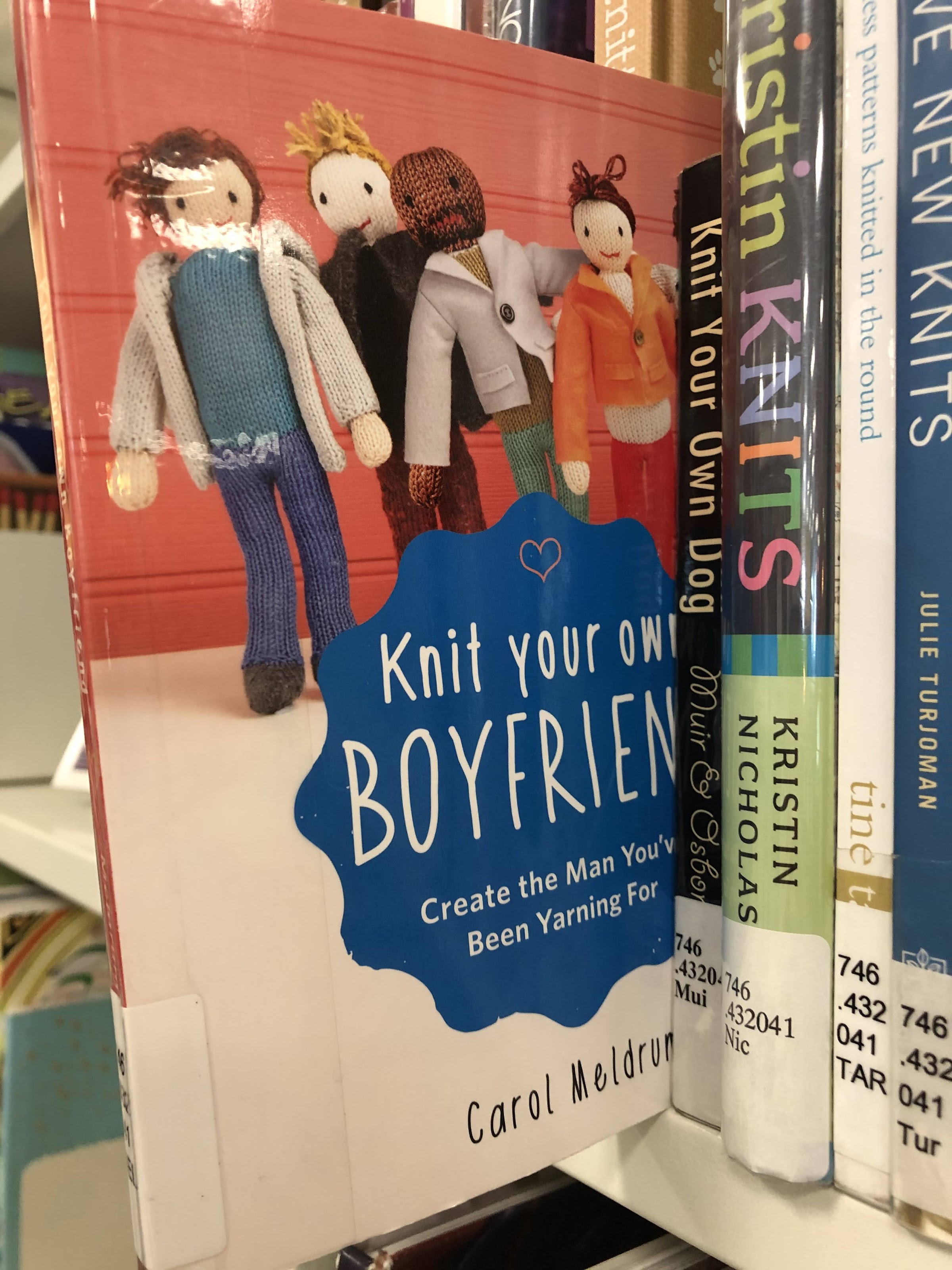 As for anything I’m proud of this month: I’m just proud I made it through the month, because honestly. Here’s to a hopeful April! 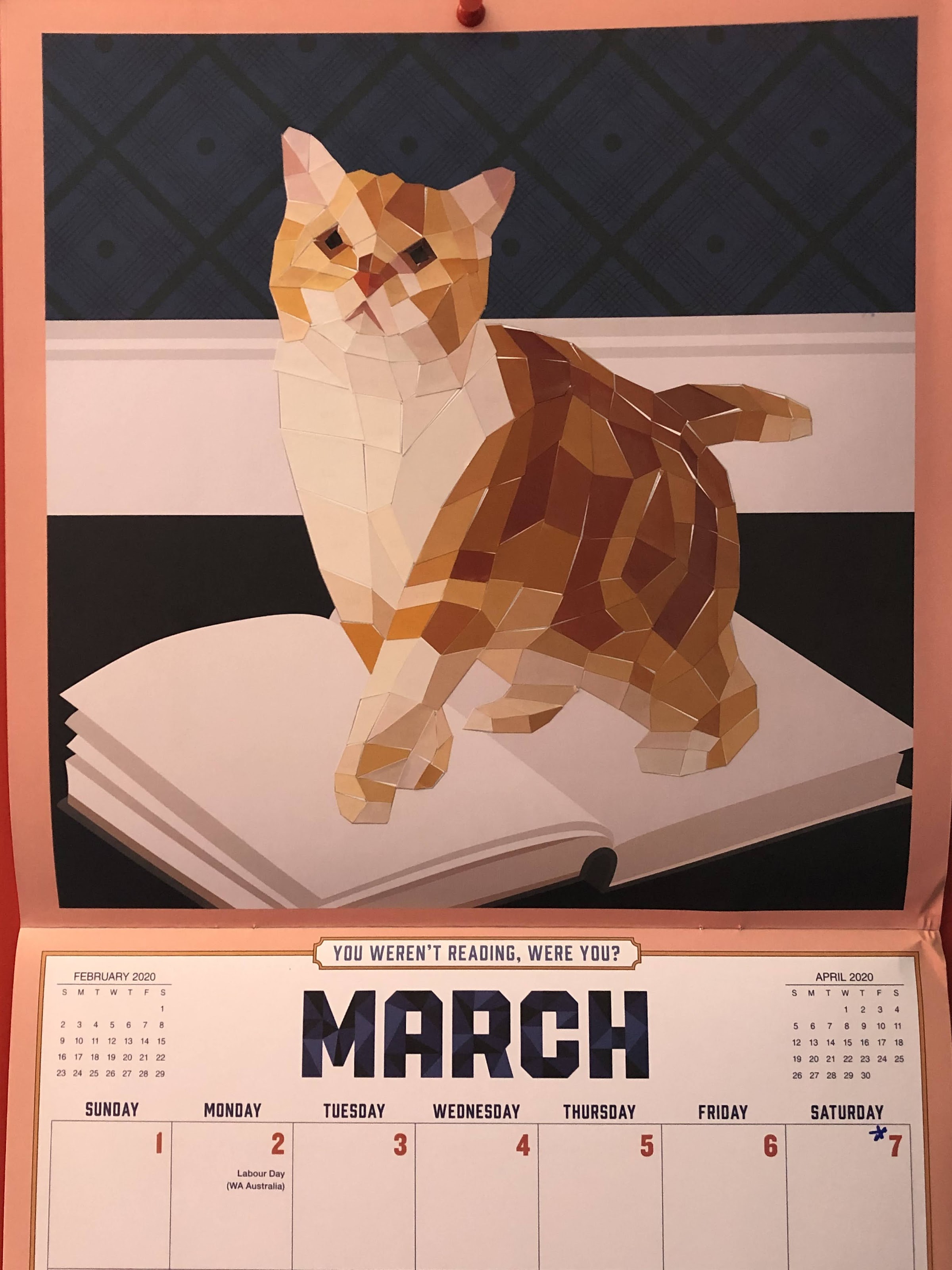