Here we are, the last day of 2019! I hope you all have a safe and Happy New Years Eve! December seemed to fly by with all the holiday prep that happened, and now we’re starting a brand new year! Now it’s that time of the month to recap what went down, let’s get into it!

If you missed November’s wrap up, catch it here!

I’ve started my next Stephen King adventure. For the next 37 weeks I will be diving into the uncut edition of  The Stand. I’m reading the uncut version because I don’t feel like reading it twice (original and uncut) for this project. Instead, I’m biting the bullet and reading it once in the order in which the story first came out (1978). So far, the set up is really good, I’m thoroughly enjoying this. I’ve heard that this is a lot of people’s favourite of King’s work, so I’m really excited to get further into the story.

I started reading Godsgrave today, and I’m so excited to dive back into this world because Kristoff provides so many details and his characters are witty and his prose is beautiful.

I read a total of 9 books this month, this seems to be a norm for me recently. This means that I read 99 books this year! 1 shy from 100… this is the first year in 5 years that I haven’t!
My Instagram game has taken a hit. I hope to be back in the swing of it in the new year… a.k.a. tomorrow 😂

As much as I love the colour in this original photo, the black&white just looks so beautiful. 💞 Over the weekend I finished Eliza and Her Monsters and it was (like this photo) beautiful ❤️📚 ✨❤️✨📚✨ #elizaandhermonsters #francescazappia #ya #youngadultfiction #teenfiction #blackandwhite #contemporary #bookstagram #reading #readinglife #books #bookaddict #booknerd #igreads #bookworm #bookgeek #bookish #bookstagrammer #bibliophile #bookaholic #bookphotography #booklover #booksofinstagram #reader #readersofinstagram

You Know Me Well by: Nina LaCour & David Levithan
The Killer in Me by: Margot Harrison
How to Hang a Witch duology by: Adriana Mather
Where Am I Now? by: Mara Wilson
Eliza and Her Monsters by: Francesca Zappia

Can I even say that I’m watching Jeopardy at this point? I think I’ve watched like 1 or 2 episodes this month… I was busy watching Christmas Movies!

So, I have one episode left of Arrested Development and I’m just going to say I’ve finished it because it’s 1 episode! I used to really enjoy this show, now I just leave it on in the background and forget about it because it got weird. I don’t even know what the plot is anymore.

I have to say, as much as the season was annoying me, The Good Doctor really hit me in the gut; it was so good, yet so sad. I’m interested to see where the second half of the season is going to go.

I finished watching season 3 of The Crown and wow, there are always so many things you would never know about the Royal Family and it’s just so interesting to see how it all plays out. I’m so curious about the future seasons as we’re heading into Princess Diana territory soon!

Castle Rock ended its second season, and well it wasn’t that great. I was still left with a lot of questions, and if this show was supposed to be an anthology, they did a really bad job of it because plots from last season crept into this season. Then the plots from that season just wooshed, vanished without any acknowledgment as to what was going to happen. If there is a season three, I would like to watch it, but I doubt I’m going to get any of the answers I’m looking for.

I’m making my way through each season of ER. I actually finished season 10 today… and of course my jaw dropped twice in the season finale alone. This has got to be my favourite doctor show. Ever. The characters, the plots, it all comes together so wonderfully… and the show isn’t afraid to shake things up!

I finally… finally finished watching season 2 of Carmen Sandiego. After having 5 episodes sitting in my queue since October… I decided I’d start the new year with a clean (or almost clean) currently watching list on Netflix. I forgot how much I enjoy this show… as much as it reminds me of the person who introduced me to the show… this show shouldn’t suffer because of it… it’s SO good!

Since I did a 24 Days of Christmas Movies I thought I’d just list them here to save space.

The first “weekend” (and I put that in quotes because it was only half a weekend) it rained ice, and then ended with snow so all our Christmas decorations went up. I wanted to bake, but I didn’t have enough ingredients and I wasn’t going out in that weather, so my baking was put on hold.

The following weekend a few of my friends and I went to Canada’s Wonderland to celebrate their first Winterfest. You would have thought after all these years that they would have thought of something like this, but alas, it was a lot of fun with a lot of lights. The hot chocolate was good, some of the rides were open (mostly just the kid ones) but we did ride one that you had to blast monsters which was hard, but fun! Definitely a good night.

Winterfest @ Canada’s Wonderland with these bitches 😂💞🎄🤶🏼

The following Friday, I went out with the same two friends and we got some Christmas shopping done. I have to say I got most of it done then, but it was fun hanging out with them, it beats shopping alone!

The first day of Winter, which is also my dad’s birthday we celebrated with family by going out to dinner and watching the Leaf game! They beat Detroit so it was a lot of fun!

Then Christmas happened! On Christmas Eve I baked for the first time since October!! I made hazelnut chocolate cookies… in which ground hazelnut does not come packaged, and if it does, I don’t know where to find it… so I bought whole hazelnuts and ground them myself (really my dad did) in the blender. The cookies were a hit, so that’s all that matters! 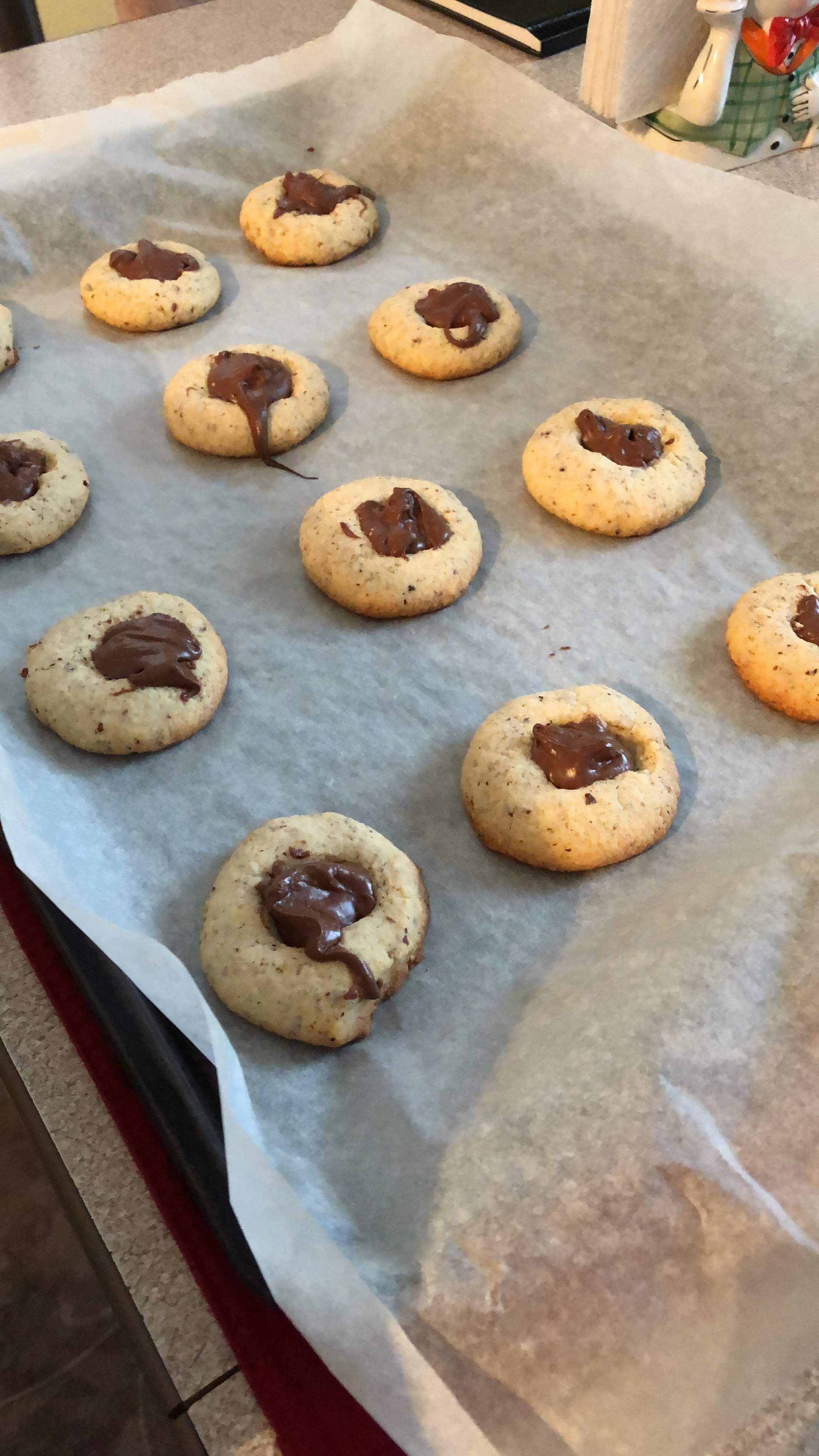 Christmas morning I opened gifts with my family; I got a few books that were on my list, I got the book holder I mentioned in both Christmas tags! I got Christopher Robin on Blu ray because I love that movie to pieces ❤️ I got a lot of sweets, and socks; my friend got me a giant mug and wine glass that both say “size does matter when it comes to a cup of coffee” the other says the same but “glass of wine”. They’re cute and I can’t wait to use them! All my friends loved what I got them and it was such a joy to watch them all open their gifts!

Christmas I spent with my mum’s side of the family, the day after or Boxing Day, was with my dad’s side. I had to go back to work Friday, and Friday evening I got together with my friends for our Friends Christmas. We drank a lot that night, so much so some of us stayed over night, and the next morning we went to Denny’s… I feel like I’m still recovering from that, but I’m reading to sit down with a glass of wine (or 2, or 3 😉) for New Years Eve!