Happy Halloween friends! 🎃👻 I hope you all had a spooky October… an October that flew by so quickly!
Now that I got that out of the way 😅 it’s that time of the month to recap what went down, let’s get into it!

If you missed September’s wrap up, catch it here!

I’m continuing my re-reading of The Shining for my Stephen King project; I have to say, now that I’m into the last 20% of the book, it’s slower paced than I remember it. Maybe it’s the fact that I’m reading it 2 chapters a week at a time, but it just seems like there is so much set-up. I am enjoying it though!

I just started reading Commonwealth by: Ann Patchett yesterday. I’m not sure how I feel about it just yet. I’m going to continue reading because I’m somewhat intrigued.

I read a total of 7 books this month, not bad. This month just hasn’t been my month, and I know my Instagram game has been so off… at least I got a few shots this month!

Over the weekend I made a pumpkin loaf, which turned out better than expected and became an instant hit. 🎃 Last night I finished The Vanishing Year by: Kate Moretti. It wasn’t my favourite read, but it did have a thriller aspect to it. ✨🎃✨📚✨ #pumpkin #pumpkinloaf #thevanishingyear #katemoretti #thriller #bookstagram #reading #readinglife #books #bookaddict #booknerd #igreads #bookworm #bookgeek #bookishfeature #bookish #bookstagrammer #bibliophile #bookaholic #bookphotography #booklover #booksofinstagram #reader #readerofinstgram #vsco #vscocam #vscobooks

It’s finally Friday friends! Even though this week was a short one, it sure felt hella long 😅 I like to read from a variety of different genres and this past week I dived into some non-fiction and the world of lobotomies. It was definitely quite the trip… now to formulate a review 🤔😯 ✨📚✨😅✨ #patienthm #lukedittrich #nonfiction #lobotomies #vsco #vscocam #vscobooks #bookstagram #reading #readinglife #books #bookaddict #booknerd #igreads #bookworm #bookgeek #bookishfeature #bookish #bookstagrammer #bibliophile #bookaholic #bookphotography #booklover #booksofinstagram #reader #readerofinstgram

The Rosie Result (Don Tillman #3) by: Graeme Simsion
Gemini by: Sonya Mukherjee
We Are Not Such Things by: Justine van der Leun
The Great Library series (The Great Library #1-5) by: Rachel Caine
Leave Me by: Gayle Forman
The Vanishing Year by: Kate Moretti
Patient H.M. by: Luke Dittrich

Castle Rock is back for a second season, and I’m only 2 episodes in and I’m loving the new season. I’m very curious where the story is going. I like that it’s touching on ‘Salem’s Lot as I finished reading that this year, but I haven’t read Misery yet so I’m out of the loop on that story, but it’s still really, really good!

The Good Doctor is still continuing to entertain. I’m enjoying this season, they’re really focusing on relationships, mainly Shaun’s relationships and it’s been an interesting journey.

This is Us hasn’t been as a good as I would have liked it to be. I know it’s on brand for this show to be in your face with big gestures and the like, but I feel like it’s just too much this season. The addition of new characters has been interesting, but I don’t find myself wanting to know about them. I know I’ll continue to watch because I’m fully invested in the characters, I just hope I fall in love with this show again.

Speaking of shows I’m not feeling this season: Grey’s Anatomy is another show I’m just not loving. The plots feel like they’re just for dramatic effect… which yes I know is the whole point of the show, but this season feels like it’s a notch above other seasons. I feel like this is why I stopped watching the show way back in like season 5-8 and then came back.

The Good Place is having a great final season, I am loving this show… I totally wish this show wasn’t ending, and who else  wants Eleanor and Chidi to get back together?!?! I want Chidi to remember everything already!

How to Get Away With Murder has been SO good. The show has spunk and there are just so many questions that I can’t wait to see how they answer them all.

I just started watching season 9 of ER earlier this week… this show is such a comfort show to me, I love it to pieces, and the way this season opened has still left my jaw on the floor, like what is going on!

I can’t forget about Jeopardy, but if I’m being honest I’ve barely watched a single episode this month. I’m usually very diligent about watching this every night, but recently I’ve just not been feeling it… this seems to be a theme with me recently….

The last two seasons of Fresh Prince were better than any of season 4, but the show definitely was hit or miss. You never knew if you were going to get a good episode or a complete dud, and even the good ones were mediocre at best, like the show had me rolling my eyes so many times because things that were supposed to be funny, were just not. There’s definitely nothing as good as the first 3 seasons of this show. I’m glad I re-watched it because I’ve always wanted to, I now know I don’t have to watch it ever again, I’m good.

A co-worker got me into Carmen Sandiego and I watched all of season one (yeah, I know it was only 9 episodes) in a day… I’ve never watched anything that fast before. It’s SO good. The beginning is full of a little too much exposition, but it’s done in a way that isn’t SO in your face. I love the learning and fact finding bits, as well as all the side characters are funny and very memorable. I also love the writing, it’s witty without trying too hard. Definitely a new favourite.

I finished up season 8 of ER and I was in NO way prepared for what was going to go down. I wasn’t prepared for the ending of the season, but I’m ready to move on to season 9 because I need to know what is going to happen moving forward. I can’t believe that I’m nearing the double digit seasons to this show!

Since I found out there was going to be a fifth season of The Affair I figured it was time to watch the fourth season. I honestly thought the show was going to end after the third season; everything was wrapped up and it felt like there was nothing left to be told. BOY was I wrong. The fourth season takes place in a new city and with new problems, but it’s still SO GOOD. I LOVE THIS SHOW! The storytelling is fantastic, I highly recommend it, it’s so freakin’ addicting. I can’t wait to continue!

I went out to the movies this month… to finally see IT: Chapter 2. I didn’t love it, and I didn’t hate it… I’m like that Taylor Swift song, it isn’t love, it isn’t hate, it’s just indifference… and I’ll probably forget that it exists. You can read all my thoughts (because I had a lot of them) in my review of the movie.

I’m catching up on my Netflix shows and 13 Reasons Why is one of them. Every time I watch this show I find a reason why I shouldn’t come back, but yet I do every season. This season started off really strong, then got tiring in the middle, I honestly think it should have been less than 13 epiosdes, but the premise was good. I understand why people hate this show, but it’s so easy to love hating it.

Well, I hope October brought you all the spooky vibes! 🎃👻

This month I got into the spirit by firstly, before October even started, I put up pumpkin lights on my headboard. I do this every year and it just gives my room a spooky vibe! Spooky story about them; one night I unplugged them for the night and all of a sudden they started to blink on and off… no idea how it happened, but it was spooOooky! 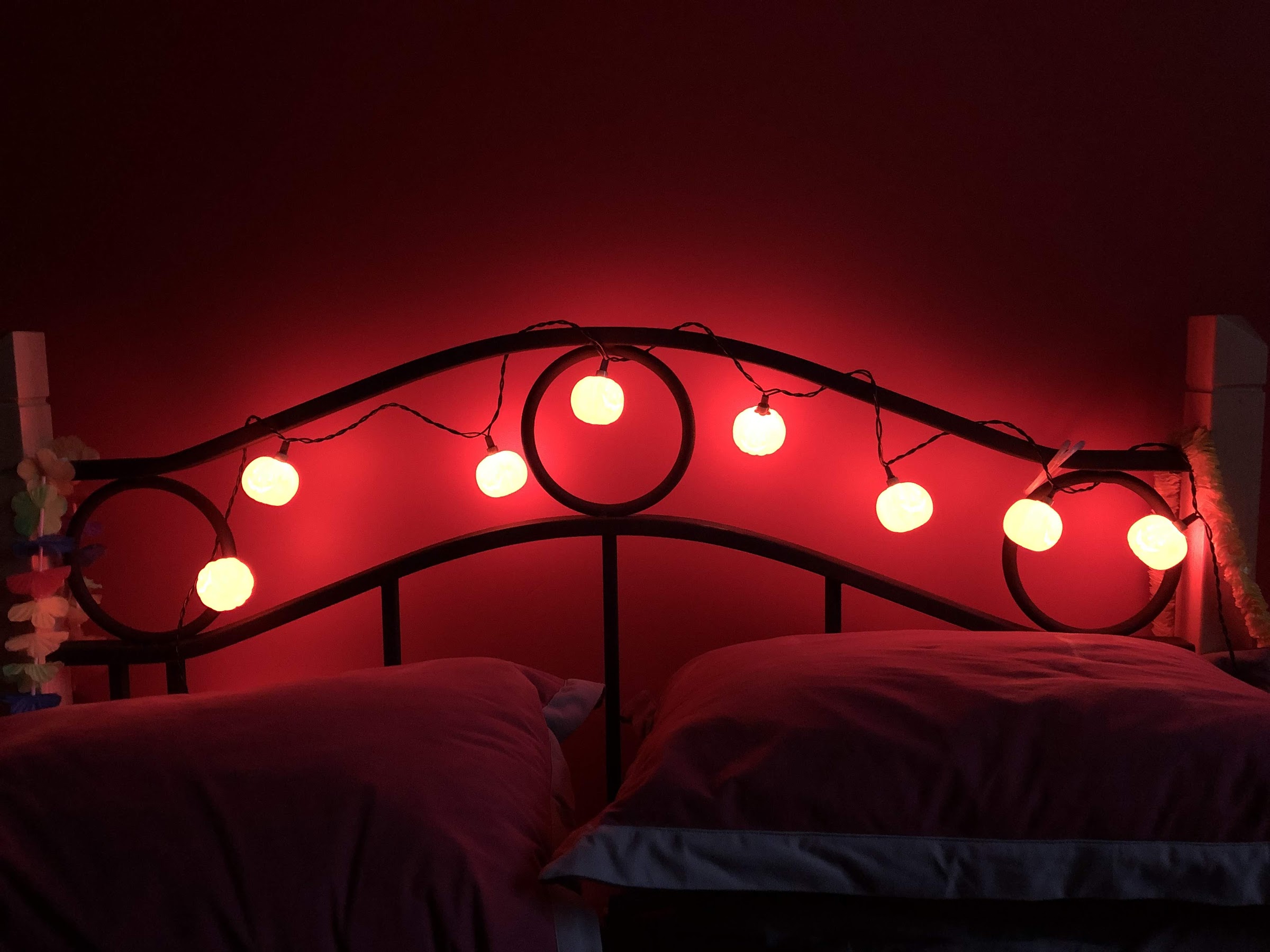 I also got my bake on, I told myself last month that I was going to bake something pumpkin every weekend… I knew going in that would be hella ambitious, BUT I did bake for 3 out of the 4 weekends, so I’m calling that a win! And so for the first weekend I made a pumpkin loaf that was a big hit! 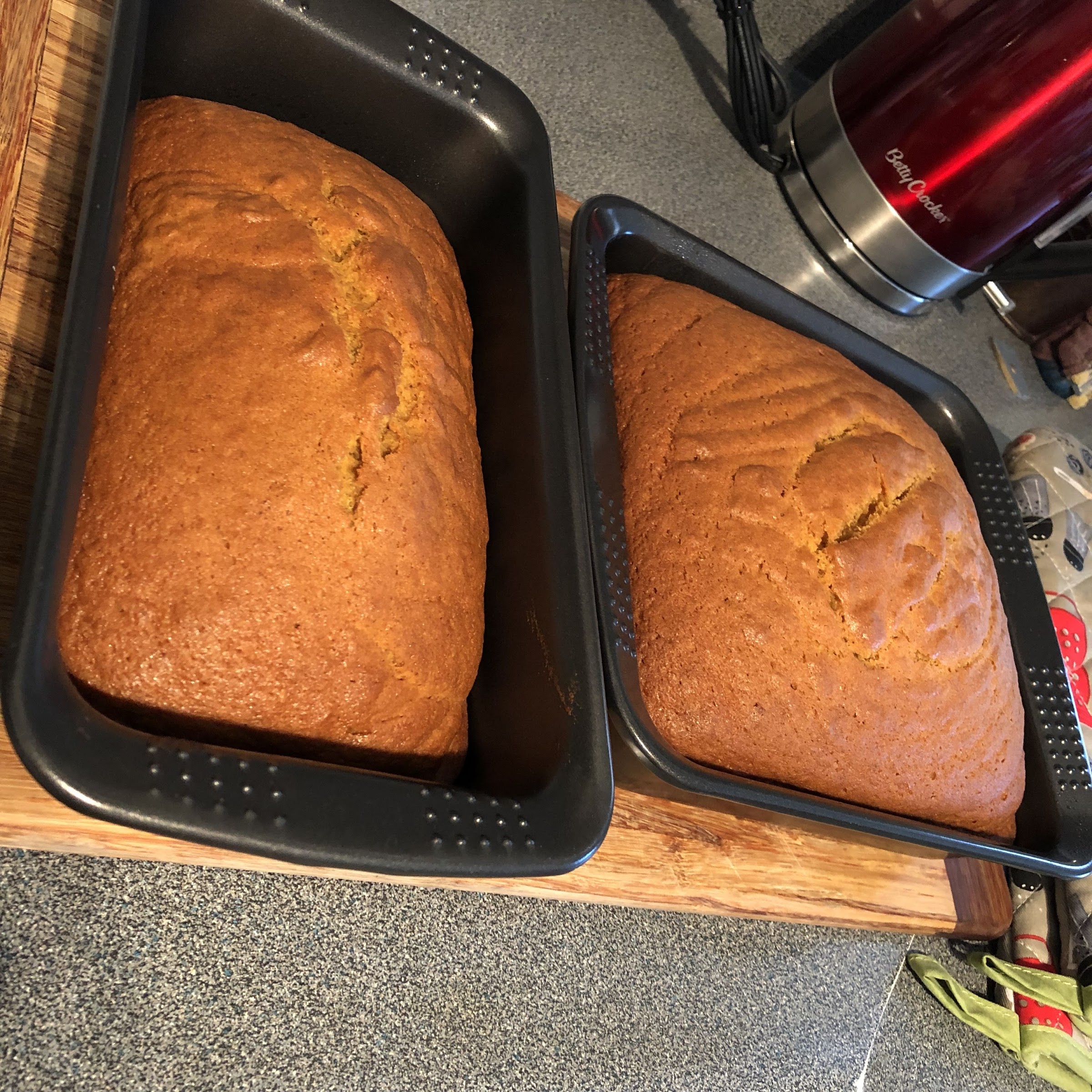 The second weekend, I planned to make pumpkin pie, but my mum went ahead and bought a store made one so I decided not to make it just yet. Instead I made pumpkin chocolate chip muffins! 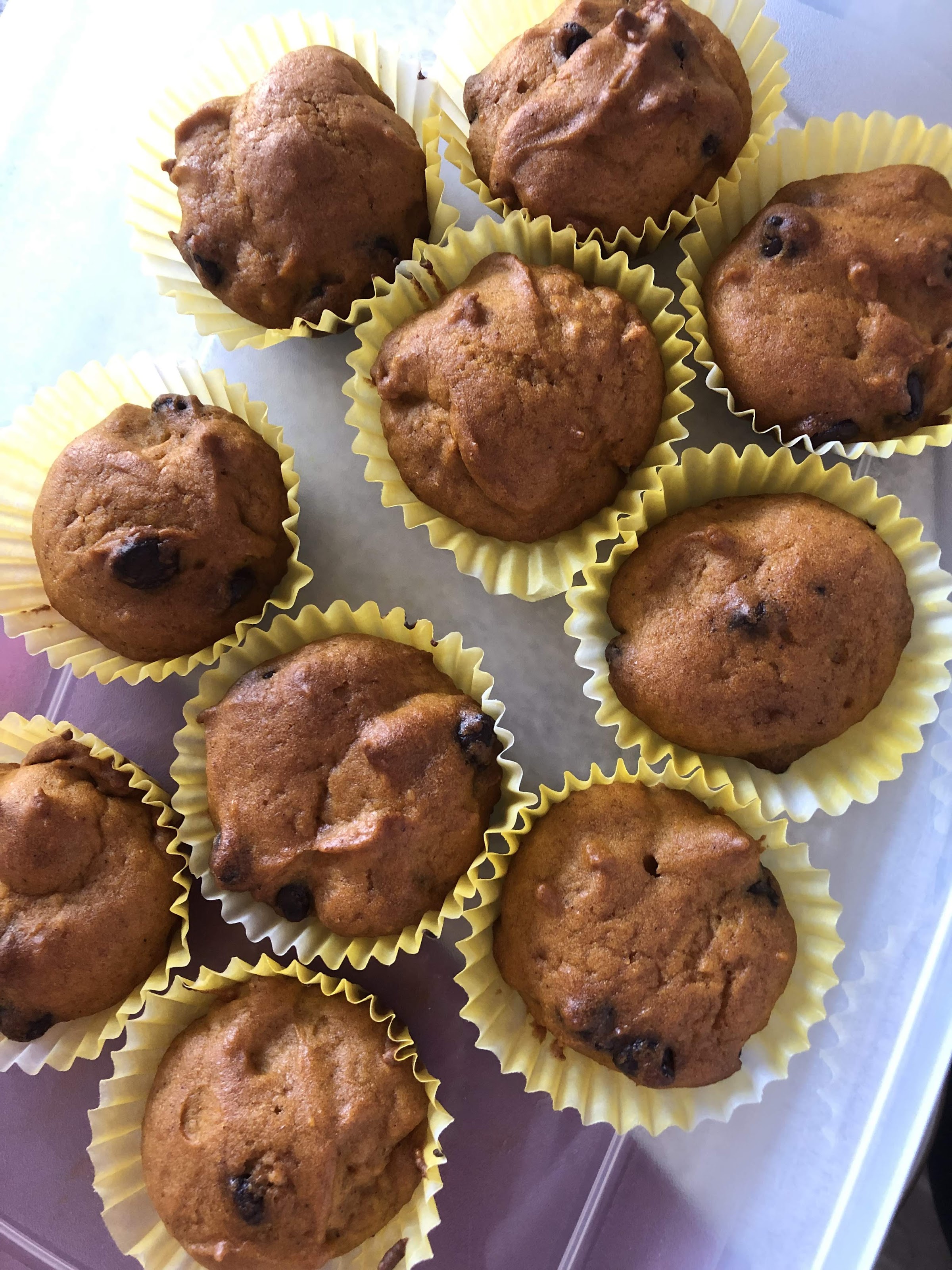 During the Canadian Thanksgiving long weekend, aside from baking muffins, eating a ton of food, and drinking lots too 😋 my brother and I went to a farm to pick pumpkins! 🎃 We got two that we both carved… you’ll see below the one I carved! 😀

Then for the third week in a row I baked that hit of a pumpkin loaf again, and again it got a lot of love. 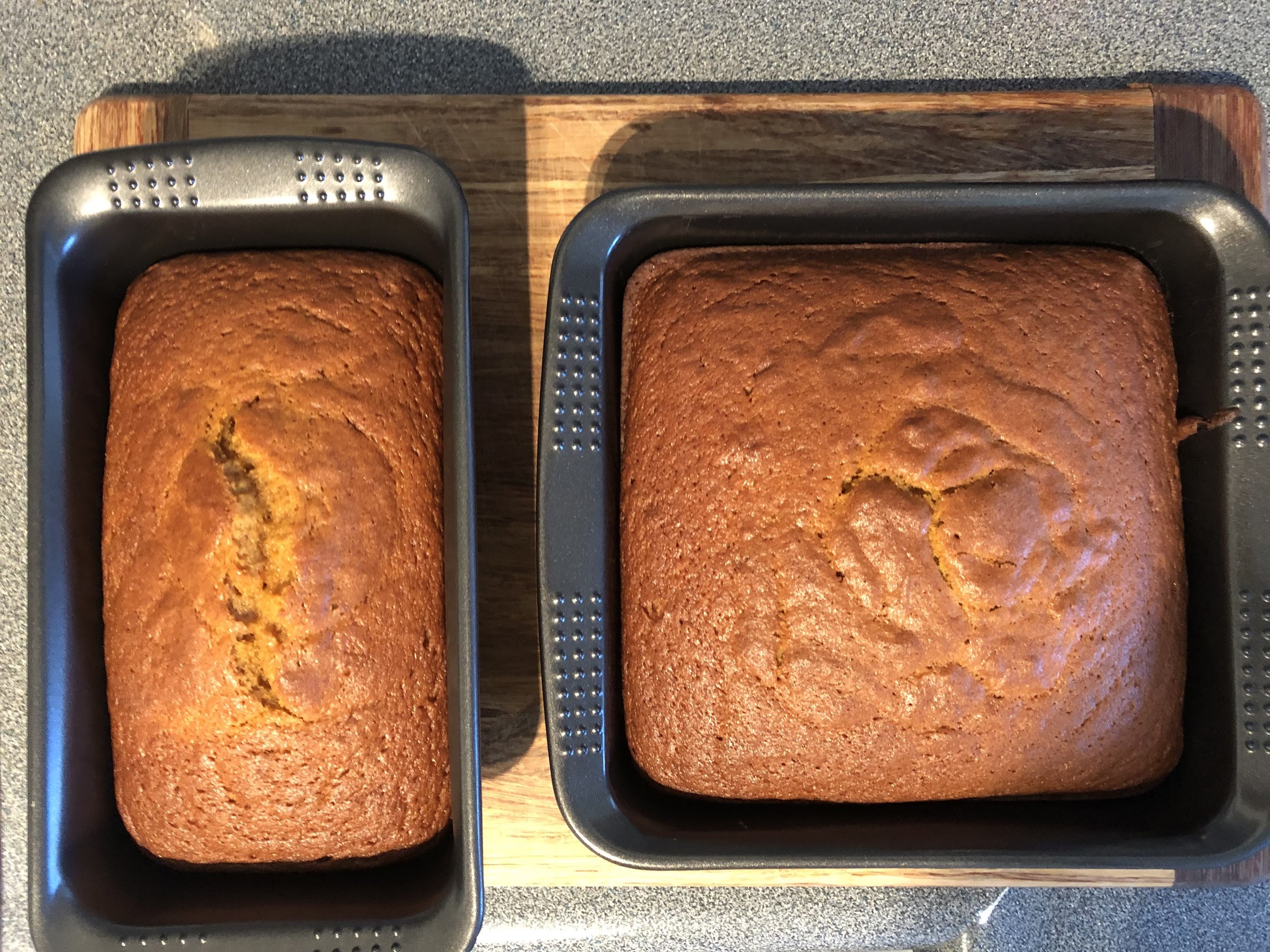 I was going to bake for the fourth weekend, my goal was a pumpkin pie, but I just didn’t have the energy to bake anymore. Honestly, the end of the month… meaning now… my mental health has taken a deep dive and I’m just laying low. I don’t really want to expand more on that. I’m going to try and be on the blog… I have posts that are ready to go for now, but I may not be as active as I normally am.

Because I don’t want to end on such a downer, I’m going to end with my thrift shop book haul. The last weekend of October my brother and I made a last minute decision to go to the thrift shop, and their book selection was really good, so I picked up a few things. 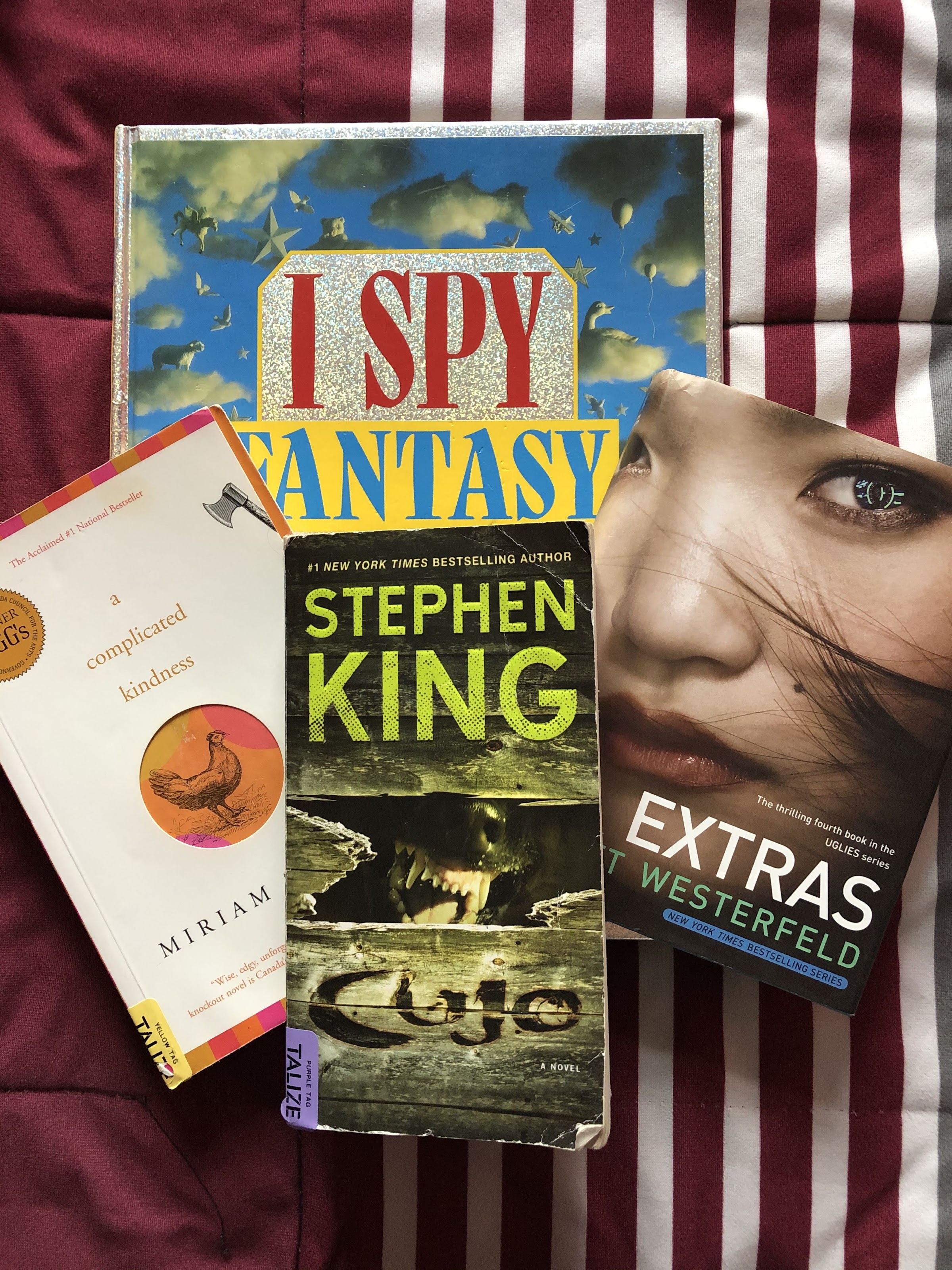 That same weekend I bought a few things for a “Halloween costume” honestly I’m not anything in particular, I just wanted to wear stripped tights and something on my head, and I did just that! (photo to come in November wrap up… didn’t take it in time to make in this one!)

I hope you all had a great and spooky October… I’m ready for November… a.k.a. the best month of the year 😉