Hi guys! Happy Tuesday! I hope you all have been enjoying these posts so far! I’ve been enjoying creating them, it takes me back and puts me in the mood to start preparing for my next adventure. Anyways… a little sidetracked there 😂, today I’m going to talking all about my time in Cardiff, Wales.

After our late night shenanigans the night before, we were felt very uninspired to want to travel anymore, but alas we already had the hotel booked and a hop on tour booked so we got up and hopped on the train around noon.

Thursday, June 13 was our first day in Cardiff, and it started rainy. It took about 3 hours to get to by train from Leicester, but it really didn’t feel that long.

From the train station (Cardiff Central) we walked to our hotel (Park Inn by the Radisson) and just settled in. Our hotel room was spacious and just overall really nice. We had a window… even if it looked down to the lobby… at least it had a window!

At first we were just going to stay in and rest, but we decided we needed food so we looked up some places to eat, deciding on Mexican food! We went to a place called Wahaca, and the food was really, really good. I had nachos, and man were they ever tasty! I was craving chips, so this really hit the spot. 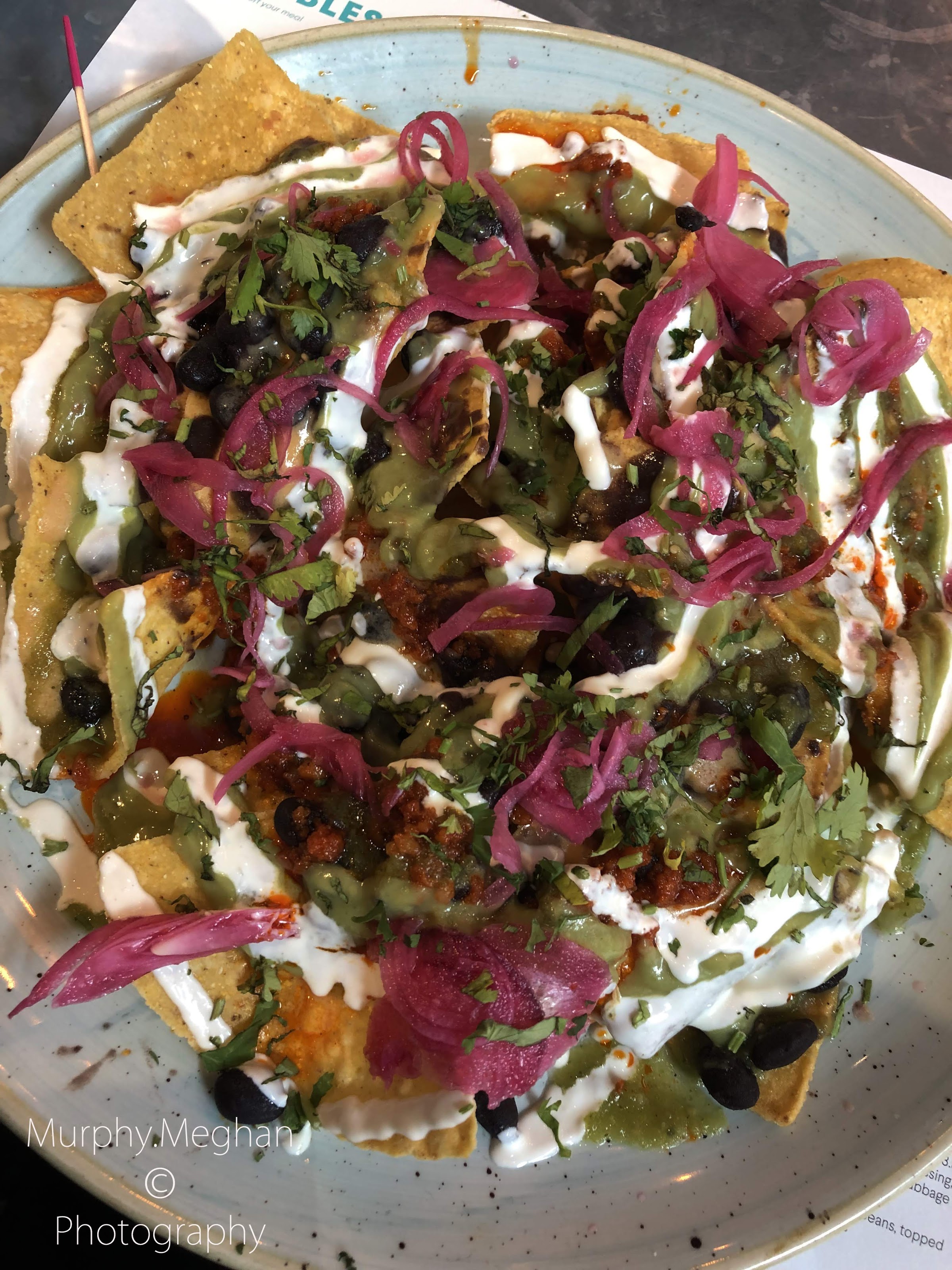 You can’t tell from the outside, but inside is very industrial looking and it had just an overall really cool aesthetic. 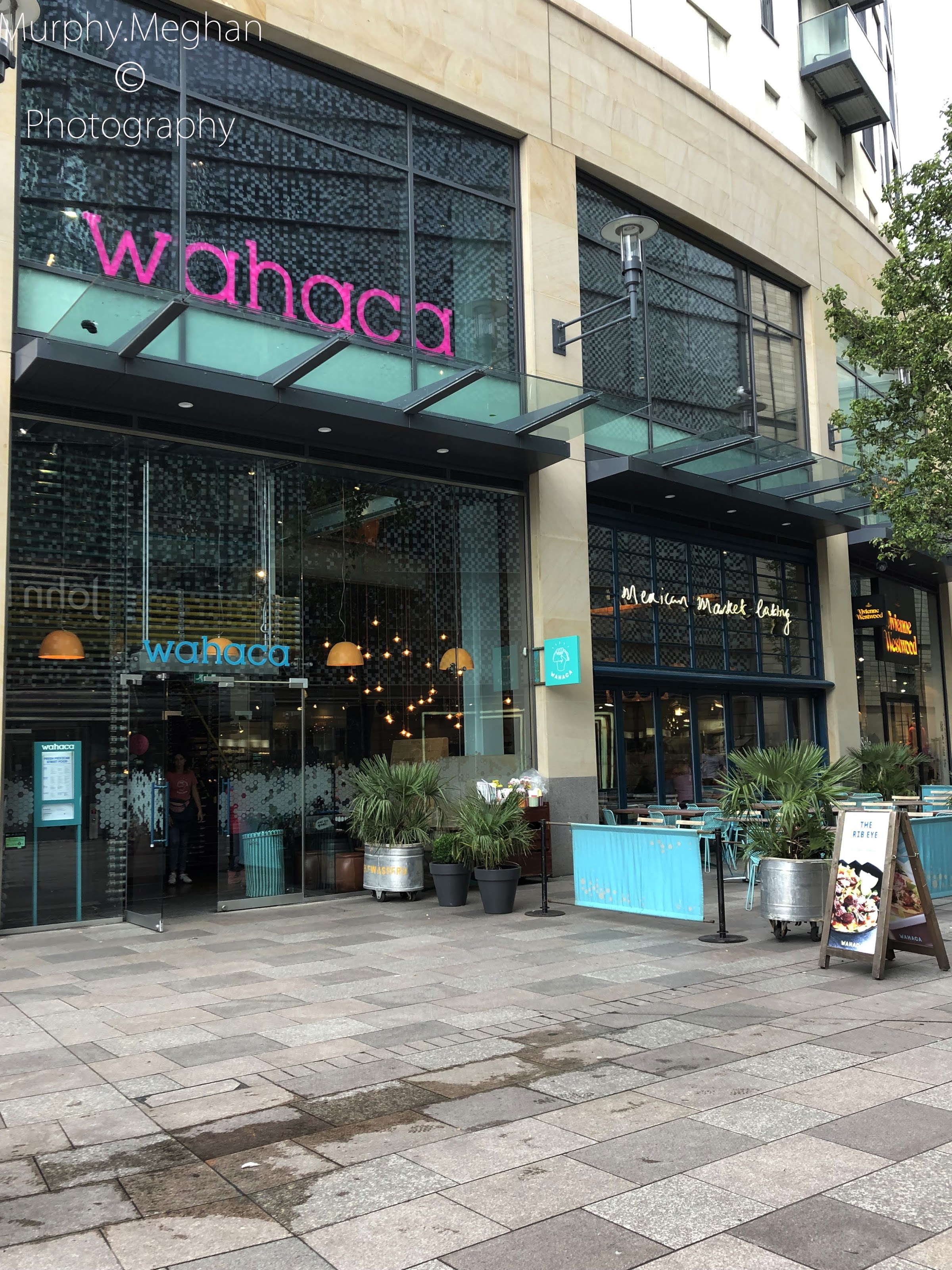 After we finished eating, the sun parted through the clouds and made it really pleasant (although it was still close to 13 degrees) but having it not rain was definitely a mood booster.

Downtown Cardiff have this beautiful shopping centre, St. David’s Shopping Centre. It’s half inside, half outside, and when the weather is nice it’s beautiful to walk outside. That’s just what we did, we found a Tim Horton’s, which was funny (we also spotted one in Glasgow) and we even spotted a Second Cup (which is also Canadian). We walked in just to see… we should have ordered something.

We went to HMV since we don’t have them in Canada anymore. I always find it fun to walk around a music store. We also went into a candy store that was playing loud club music, it was so out of place as everything was closing down.

We also learned that things close hella early. Everything started to close around 6-7pm and it was so jarring to us because everything at home closes at 9-10pm. This left us with the only option to go back to our hotel for the evening. We wanted to check out the Waterstones, but that would have to wait until the next day.

We made plans to wake up around 9, go to this cute cafe we found for breakfast, and grab the hop on bus, but well, sometimes our best laid plans are made to break. We wanted to be out and about by 10, but we ended up waking up at 10!

Our check out was for 11am on Friday, June 14… which left us with an hour to get ourselves ready.

We had good reason for this though, this was the night that the Toronto Raptors (NBA basketball, in case some don’t know) were in the finals, it was for the championship, and being 5 hours ahead of Toronto means staying up until 3-4 in the morning. I’m not a basketball fan, but friend is (I would do the same if this was the NHL and the Toronto Maple Leafs were in the finals… although I probably would have flew home if that was the case…. anyways I’ve taken this too far). Needless to say they won, so we accidentally slept in. 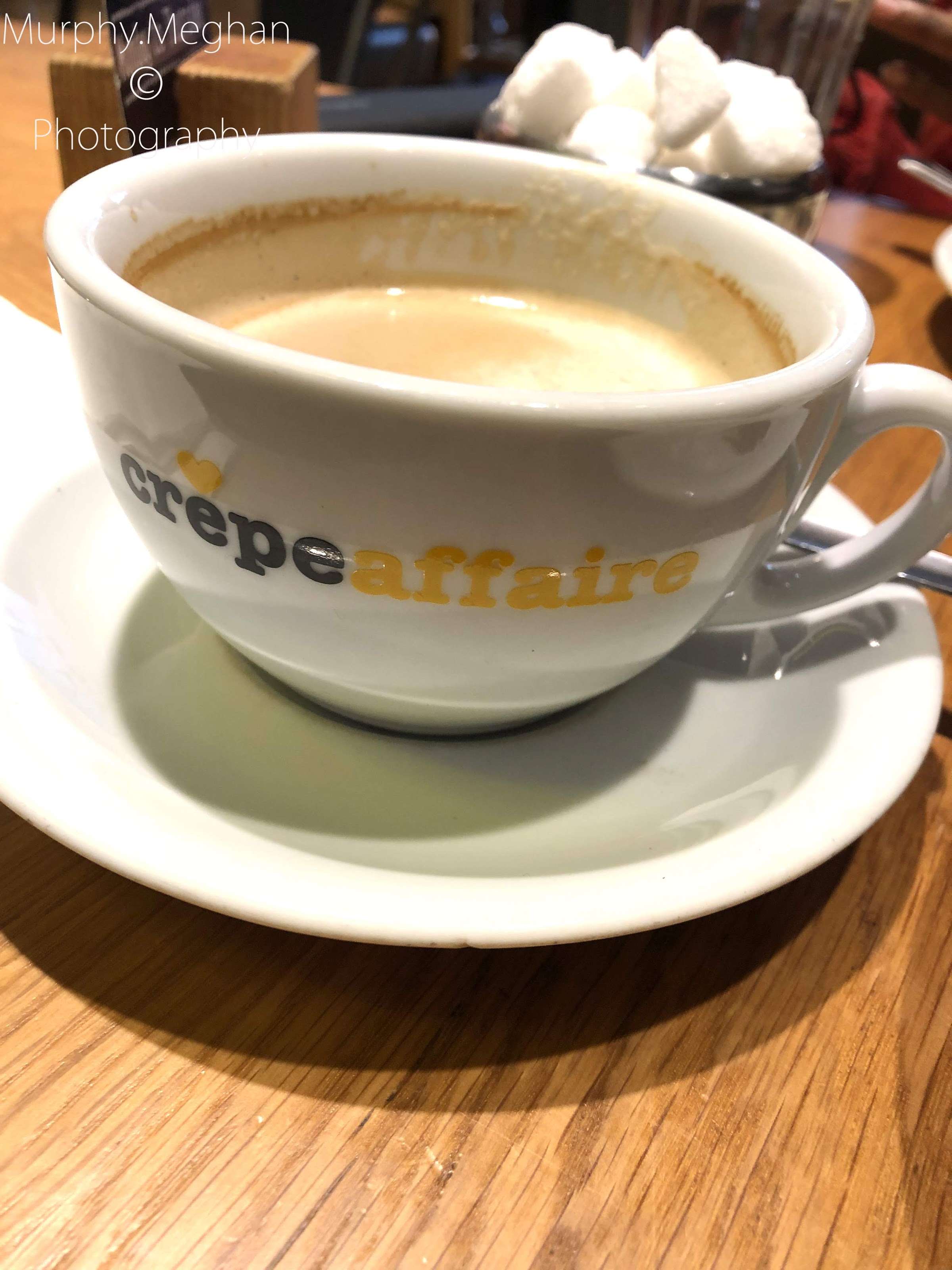 Despite having to rush around, we still managed to do things in a timely manner. We went to the cafe we saw the day before, Crepe Affaire. It was the cute little place, and obviously we tried the crepes, very, very delicious! I would totally recommend it! 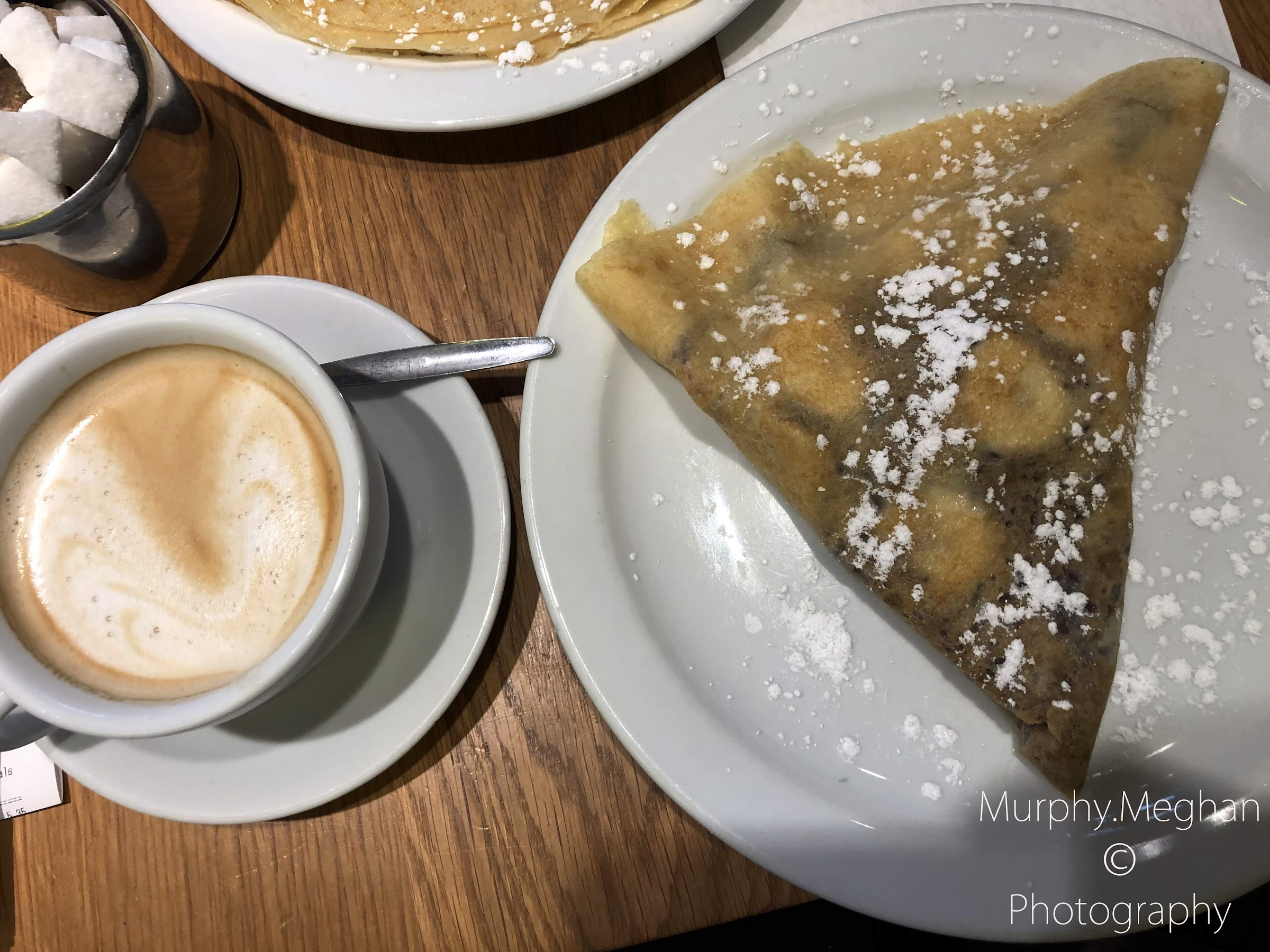 From there we walked around trying to find the stop for the hop on bus. This is when we learnt that the bus stops pretty much anywhere there is a bus stop. We ended up getting on near the last stop where we rode it to the end, had to hop off that bus to get on another that was leaving soon. We then rode the whole way through, as it doesn’t take very long to view the city as Cardiff isn’t that big. Less than an hour I’d say.

We got off at stop one which is at Cardiff castle and since that was on our list of places to see, we did that. Now we payed, 11. 70£ (discounted ticket due to hop on bus) for our tickets and well, was it worth it? I don’t know. To me, it wasn’t all that impressive. You get to go through a castle (which wasn’t really that big), but only through some of the rooms and you can’t take photos. Then you can climb the steps to another part of the castle, and it’s a little scary if you’re afraid of heights to get a view if the grounds, but that’s really it. If you paid an extra 3£ you can get a guided tour to parts of the castle not viewed for the general public, but we opted out of that. 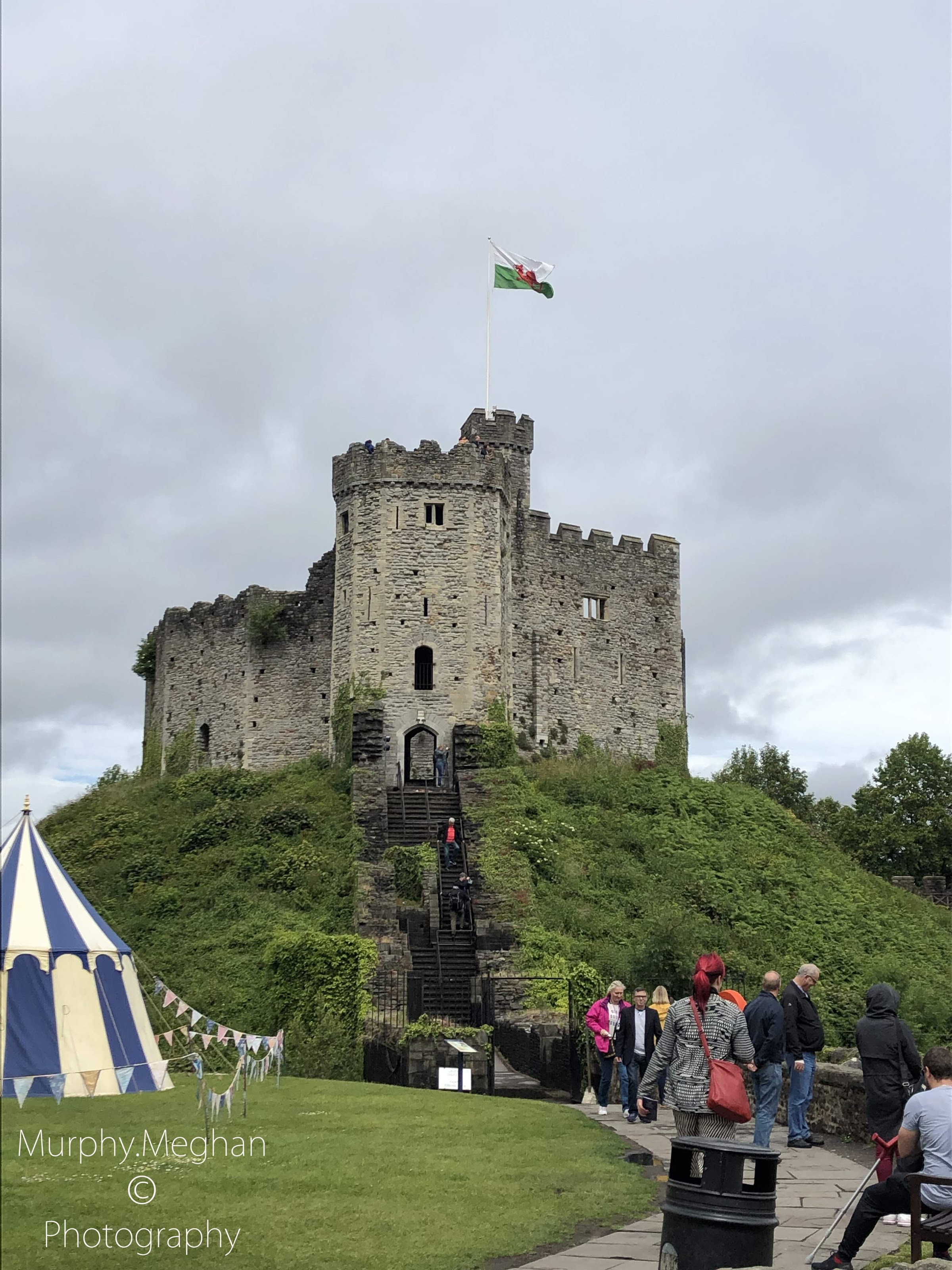 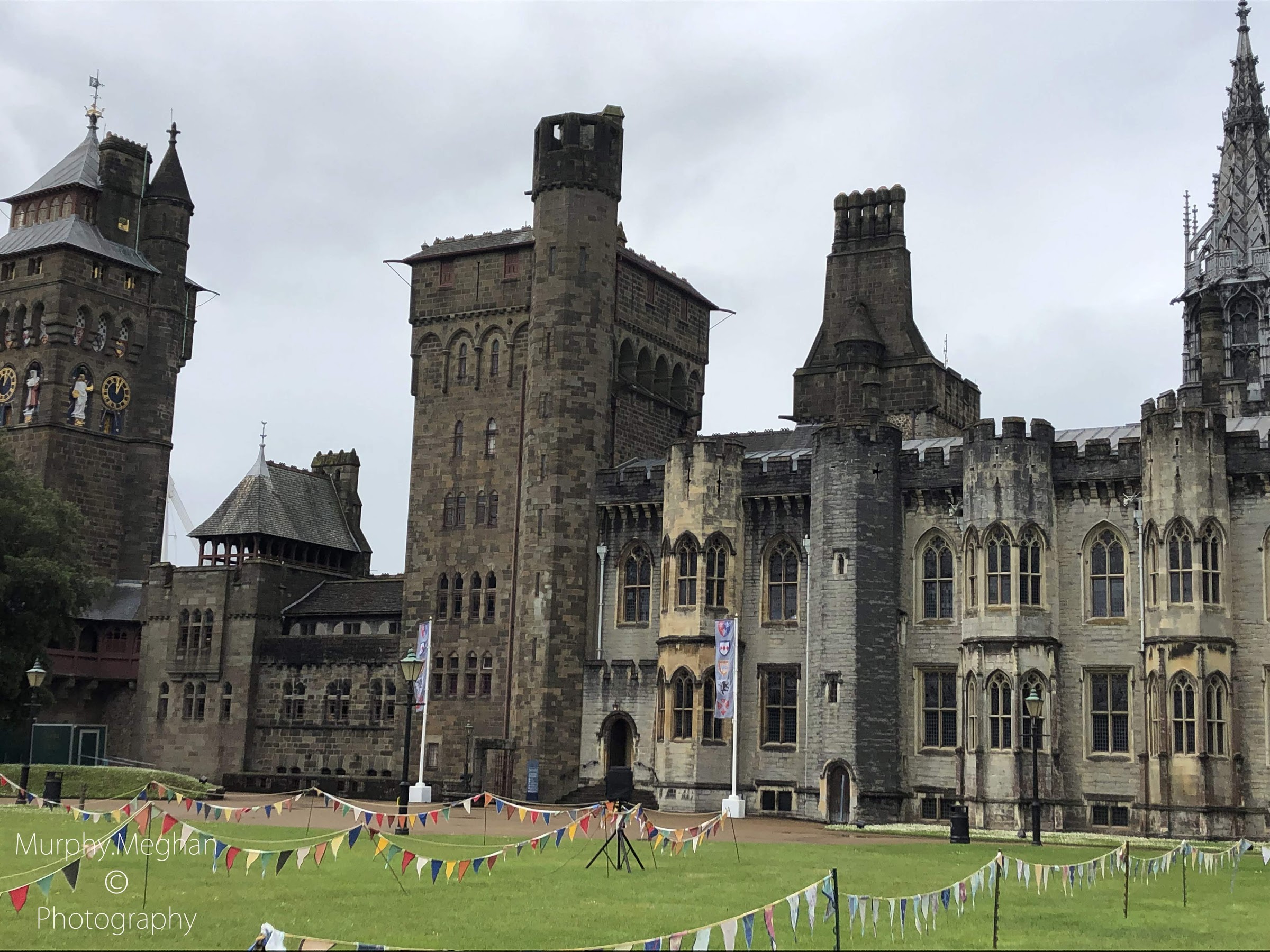 They had school children there who were on a class trip, and the castle was putting on a ‘Medieval Times’ like show, it was cute. Although, when the kids didn’t cheer loud enough the actors would yell “that was pathetic” yikes!

After we walked around (it really doesn’t take long), it started to rain (what’s new?) and we had some time to kill before the next bus so we walked around an arcade. When I say arcade, I don’t mean a place with video games, but it’s an indoor mall. I just looked it up because I was really curious:

An arcade is a structure made by enclosing a series of arches and columns. The word’s roots go back to the Latin word “arcus,” which means arc or bow.

An arched, covered passageway with shops or stalls on the sides is also called an arcade and was a precursor to the shopping mall. The Burlington Arcade in London opened in 1819 and was the first shopping arcade of its kind in Britain. It still exists and is the longest covered shopping street in England. As more of these shopping arcades opened, they also began offering games and eventually the word’s meaning came to include video arcades, where you can play coin-operated games. 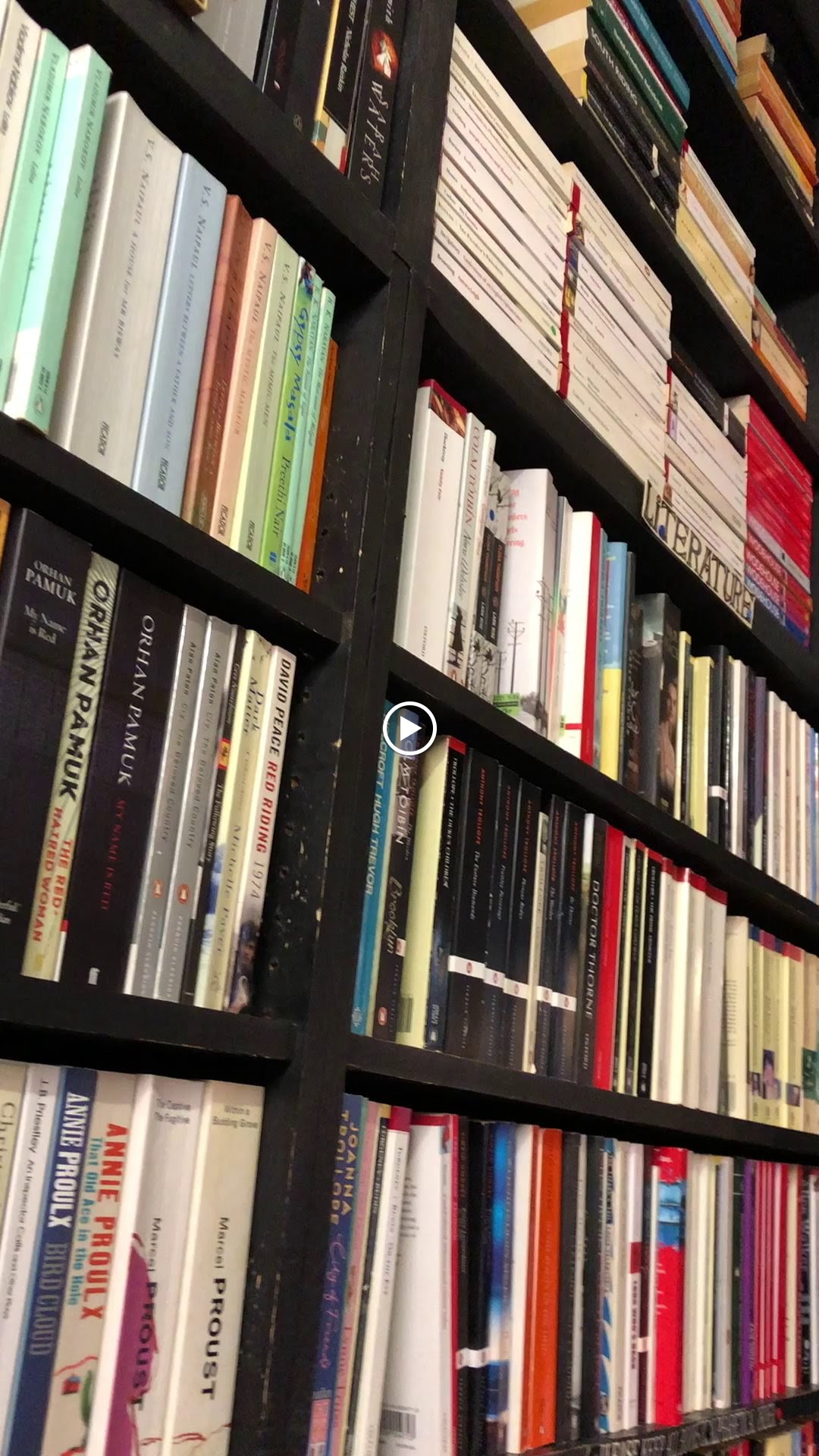 I feel it’s more British to call a mall an arcade, but what do I know? Anyways, I remembered looking up a bookstore in the arcade called Troutmark Books. It was this cute little place that was packed with books, just everywhere. This is where I bought my copy of Stephen King’s Misery for 3£. Not bad, not bad at all.

From there we got on the bus which took us to the National Museum of Wales. At first we weren’t sure if we wanted to really dive deep into the museum, but we started walking through this amphibian exhibit that they had, and we just found ourselves walking through most of the first floor. Through animals, mostly sea animals, to rocks and minerals to the beginning of the Earth and dinosaurs. It was all really fascinating, and I would definitely recommend taking a walk through. This museum, like all the others before it was free, and run on donations. 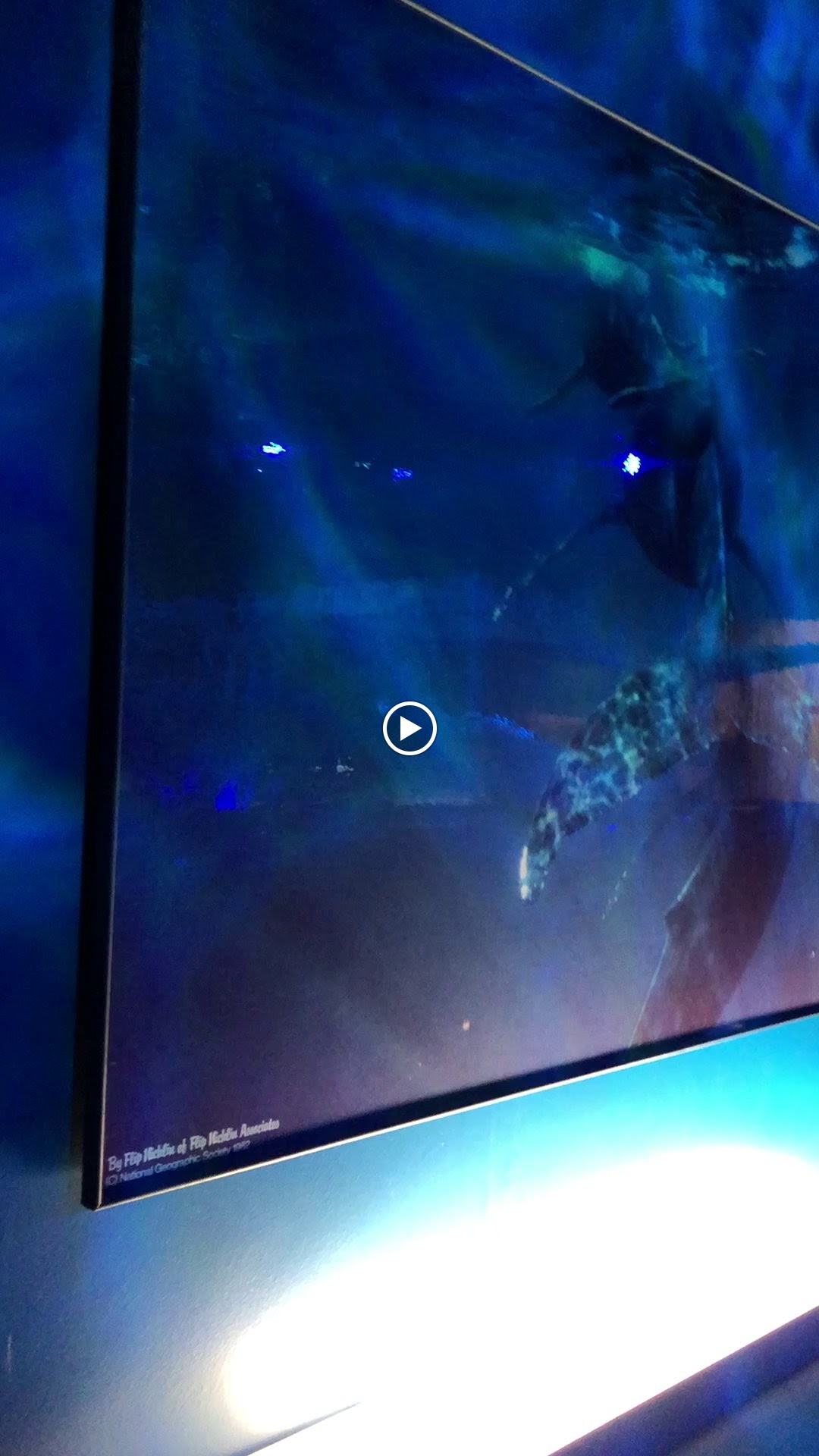 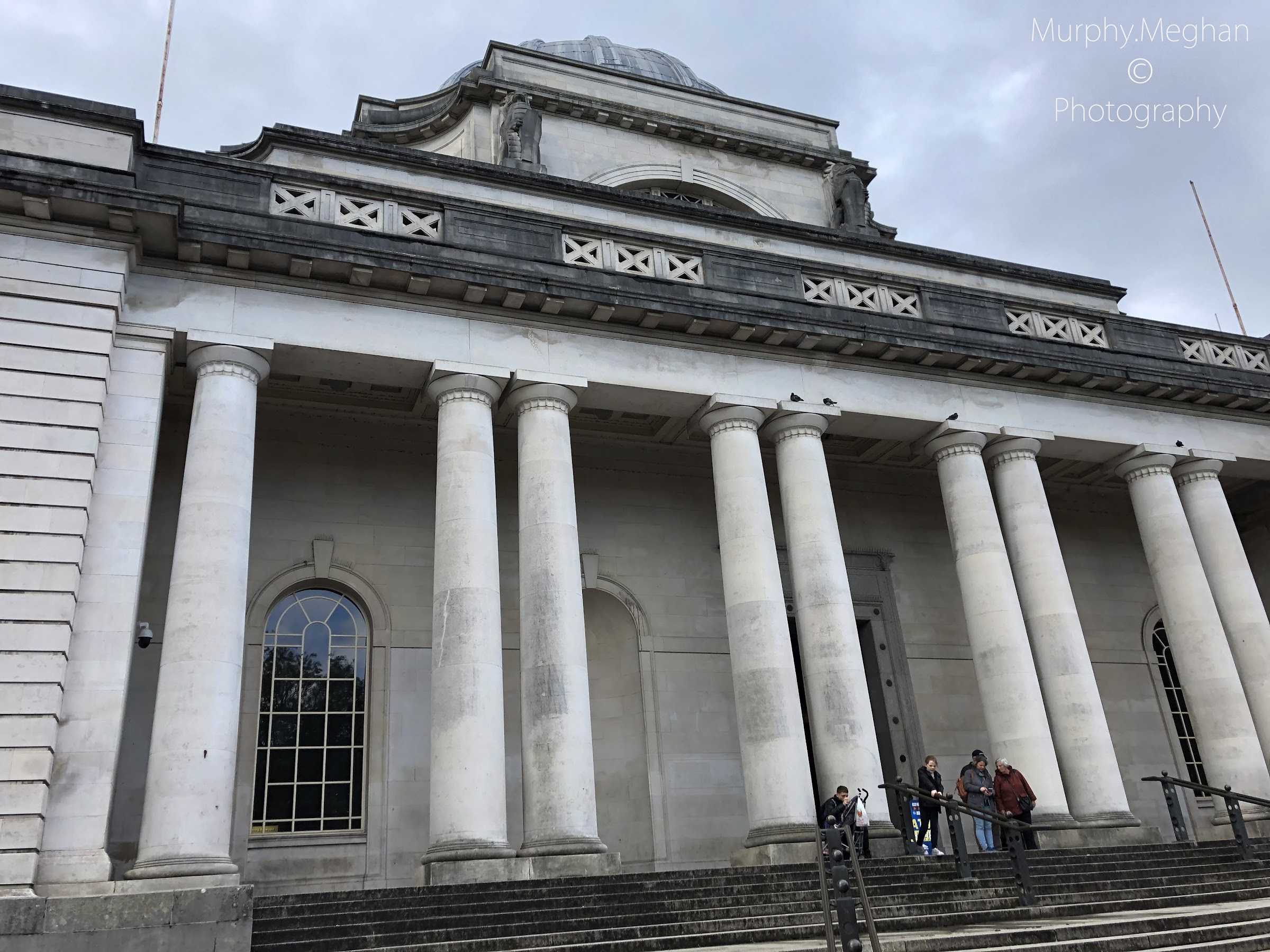 We hopped back on the bus for one more loop of the city before we got off for good. We stopped into this little shop called Fabulous Welshcakes, as they advertised ‘Welsh cakes’ and we were really curious about them. They are this small, cookie like desserts that are almost like a sugar cookie, but less sweet and they are garnished with granulated sugar for some extra sweetness. They were pretty good, I wish I had bought more than 2. 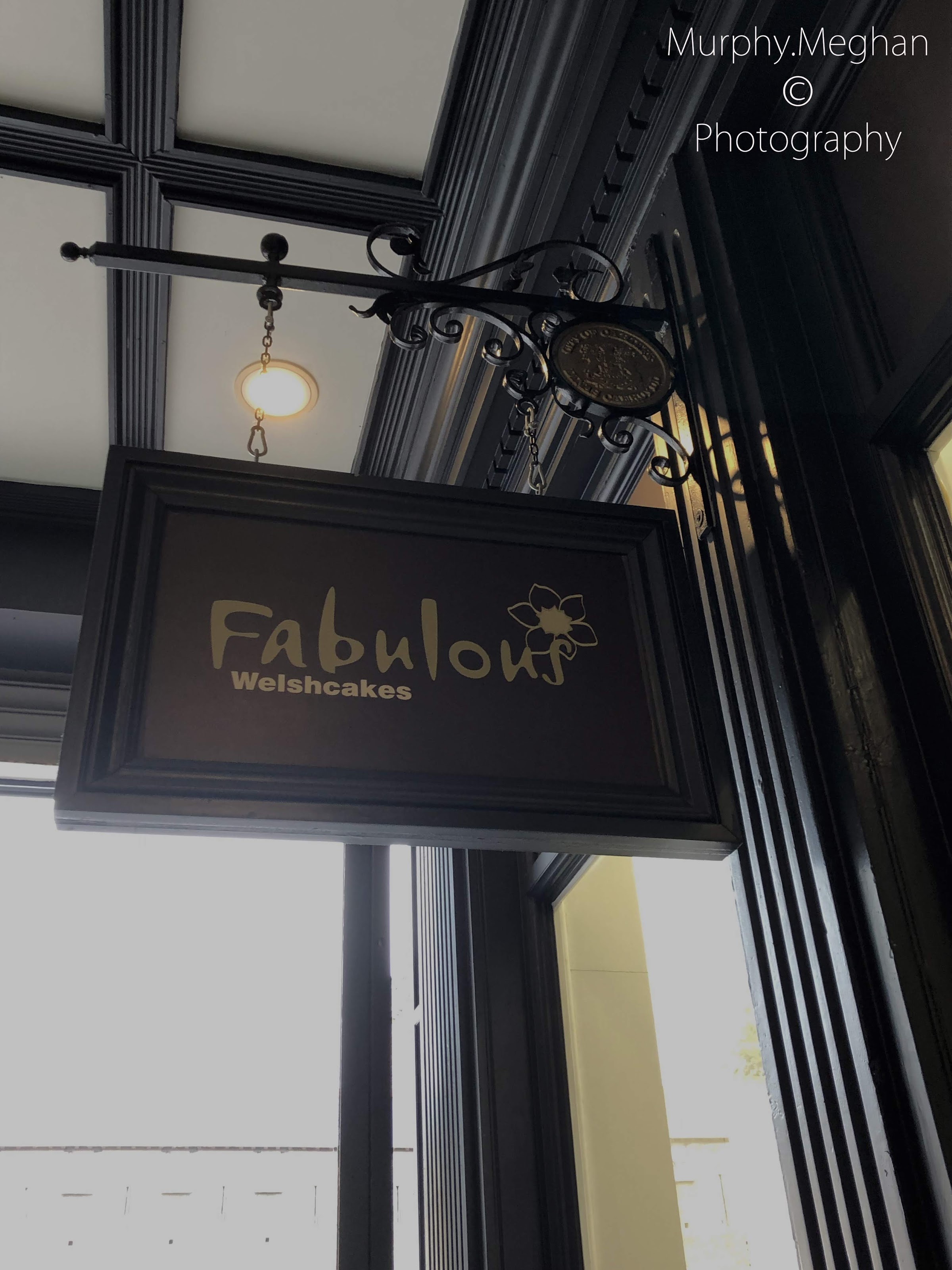 We then went to Patisserie Valarie, where we had the worst service ever… more like no service. We got there and even though we’re standing there waiting to be seated, the people behind the counter didn’t care so we had to ask if we could be seated. We picked a spot ourselves, thinking the waitress is going to bring us our menu… nope, I had to go and ask for some. Then you’d think they’d come take our order, again nope, we had to go up to the counter and do that. Ugh. I don’t know if they get a lot of people who sit in, but like geez. What a way to end our stay in Cardiff.

We zipped back to the hotel to grab our things, grabbed the train and headed to Leicester once more where I stayed at my friends place, ready for more adventures! 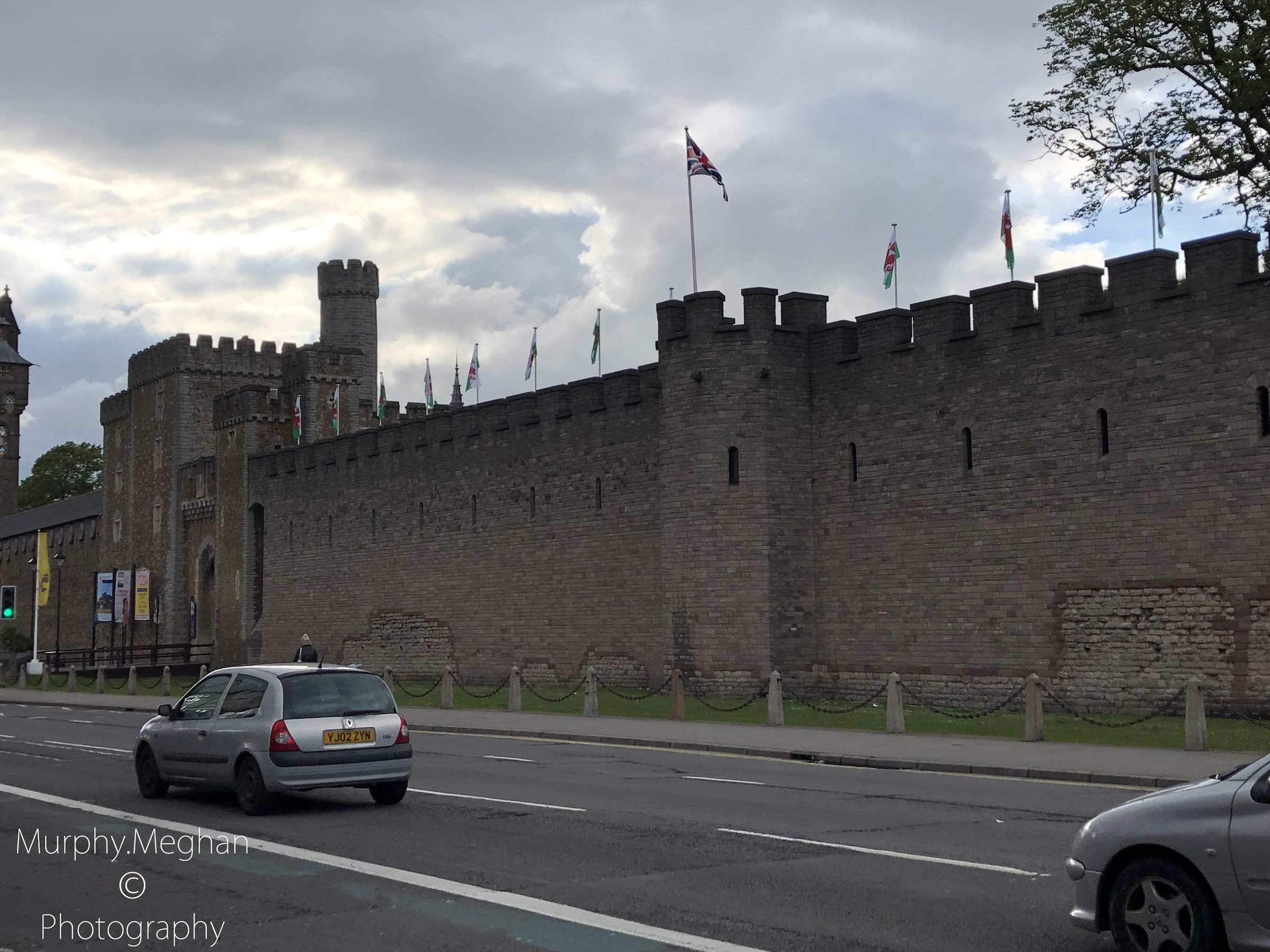 Up next, the Spice Girls concert!

Look out for my photo blog coming Friday!

13 thoughts on “Take Me Back… A Travel Guide to Cardiff, Wales”