Hi guys! Can you believe that March is over and that Spring has sprung?! 🌷 … although we were given some snow yesterday… I’m really hoping that snow stays gone until Novemberish. Now it’s that time of the month to recap what went down, let’s get into it!

If you missed February’s wrap up, catch it here!

I’ve started my next Riordan adventure by starting The Red Pyramid so far I’m enjoying it. I’m 200 pages in, and this story and world is different than anything I’ve read by him yet.

I’m also reading the fourth book in the Rockton series by Kelley Armstrong, Watcher in the Woods. I love how I can jump right back into this series and be so absorbed.

I read a total of 9 books this month! I think my reading is slowly coming back… slowly! But as I’ve told myself, I’m slowing down my reading so as to put no pressure on myself.
As for my Instagram, well I at least posted 5 times 😛 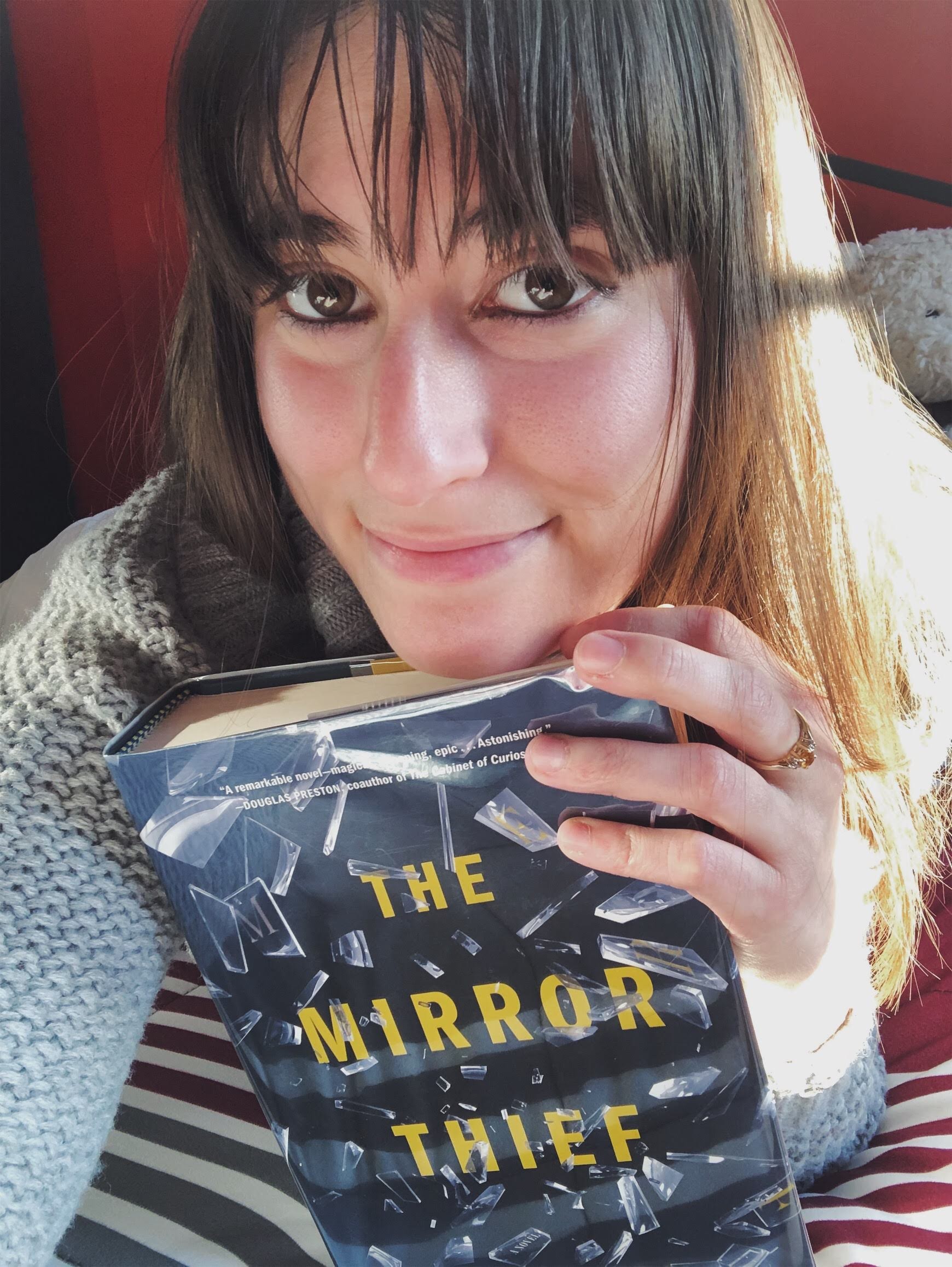 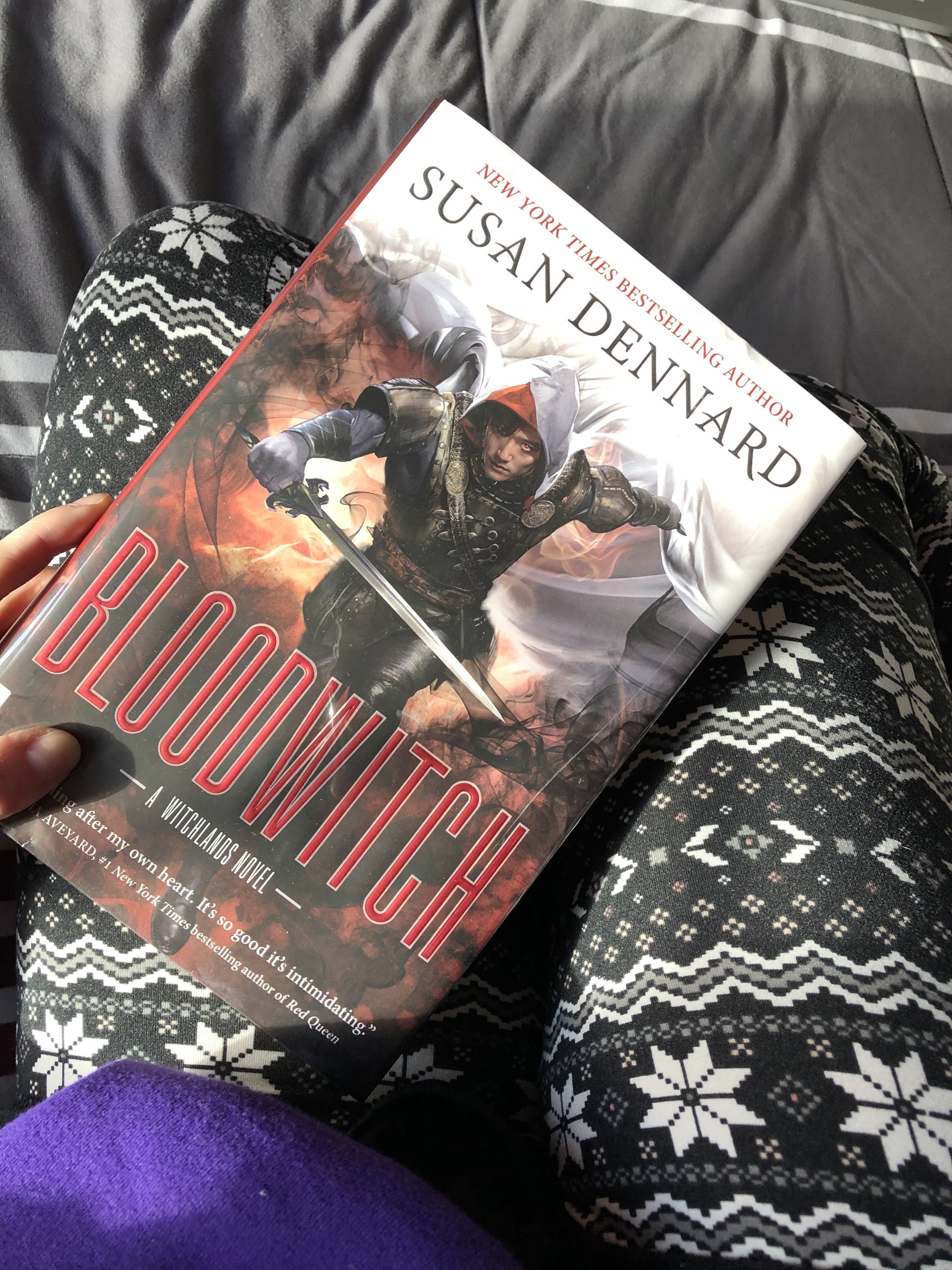 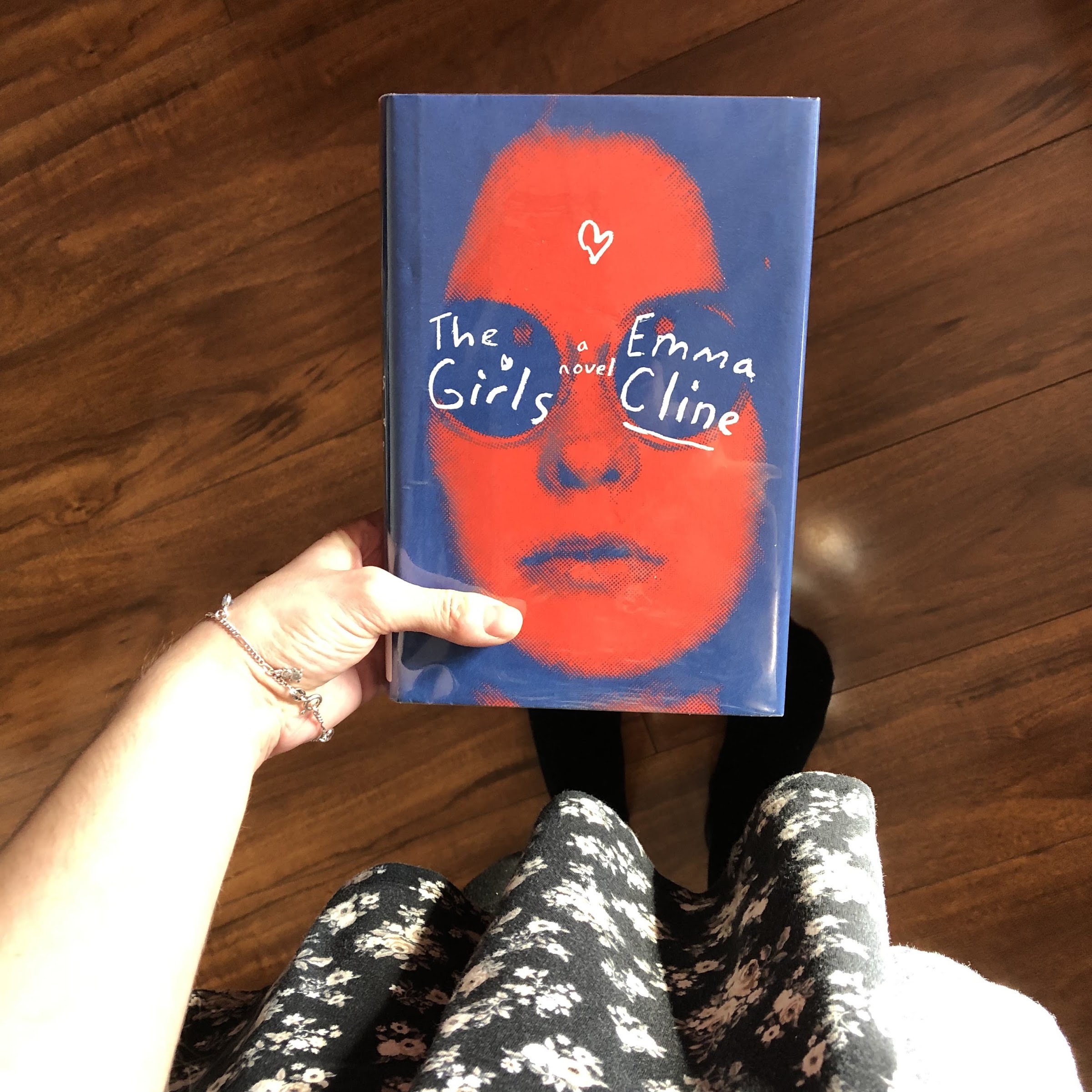 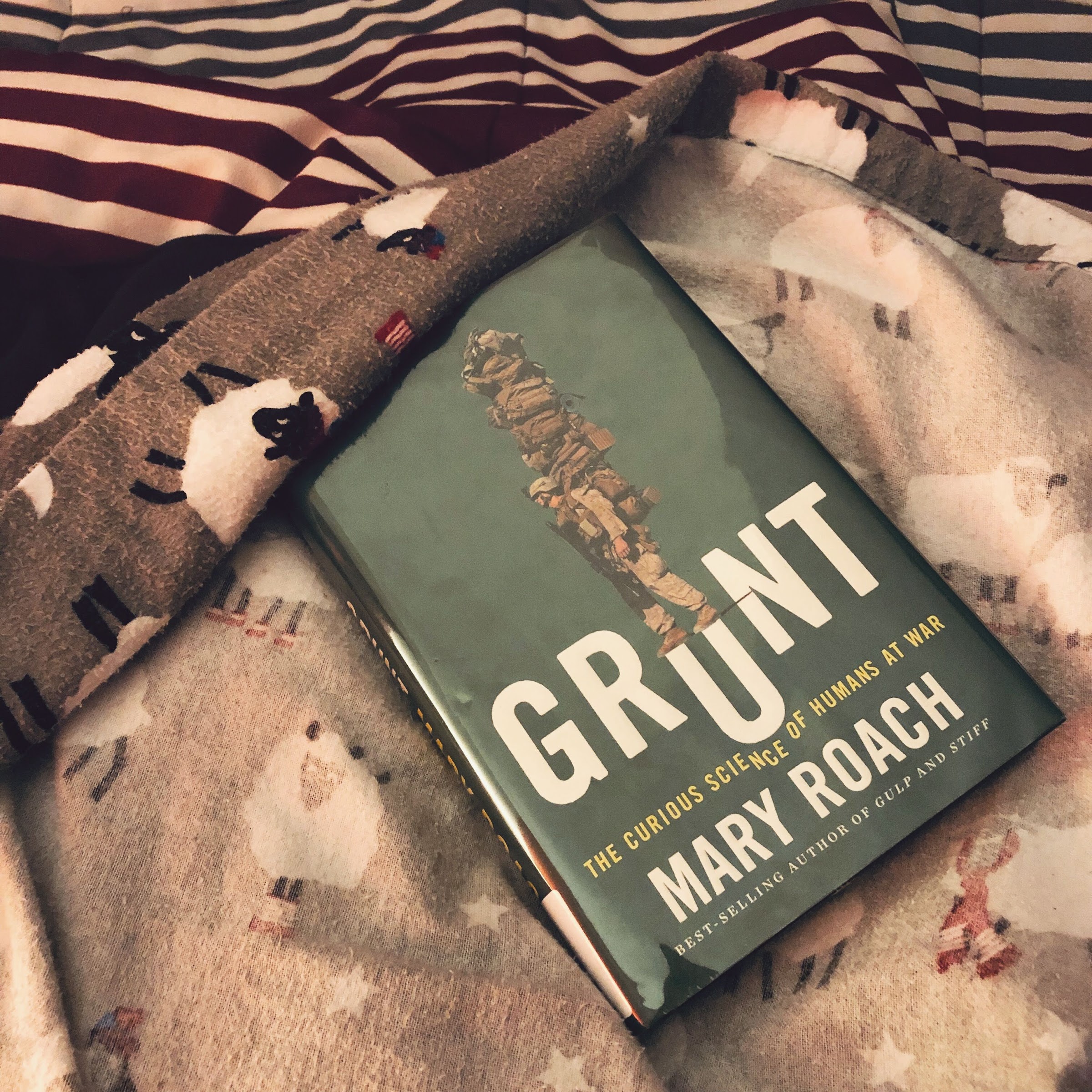 Morgue: A Life in Death by: Vincent Di Maio & Ron Franscell
Before I Go to Sleep by: S.J. Watson
Scarlett Epstein Hates it Here by: Anna Breslaw
Outrun the Moon by: Stacey Lee
Highly Illogical Behavior by: John Corey Whaley
On the Come Up by: Angie Thomas

I still don’t know where Gotham is going, but I’m enjoying this weird ride we’re on for the final season. We’re really close to the end, and it’ll be weird not watching it anymore. Also, why are they dragging the season out? The next episode isn’t supposed to be aired until, like the 18th of April… there are only 2 epiosdes left!

Kim’s Convenience comes to an end tomorrow and I’m not ready for it. I love this show so much, and it’s so addicting… I dare you to watch and not continue!

All my go-to shows are starting to wind down, This Is Us comes to an end tomorrow and I have no idea if they’ve been renewed for another season. Grey’s Anatomy is still kicking around, and they’ve been renewed for season 16… 16! Station 19 just started back up from their winter hiatus, and damn they are coming back in full swing… I’m loving it more than before.

I’m still into Brooklyn Nine Nine and I’m not disappointed; there is at least one thing each episode that makes me laugh so I count that as a win.

I’m finally all up to date with Bob’s Burgers. Now I just have to wait for the last new epiosdes of season 9 to air… boo! I loved binge-watching this show. I think there’s only one more episode to go.

Now that the All-Star championship is over Jeopardy is back to its normal programming. I’m sad to say that none of the teams I wanted to win, won, but rather Team Brad won, oh well it was still very fun to watch!
It was also announced at the beginning of the month that Alex Trebek has stage 4 pancreatic cancer. It was so shocking to hear, but I love how optimistic he is about beating it!

I started watching The Chilling Adventures of Sabrina, so far I’m really digging this show, and season two is set to be released in April, so I’m just in time!

I started watching the U.S. version of The Office, I have no idea how I fell in love so fast. I have a feeling I’m going to breeze through this.

I’m also still religiously watching my hockey! Go Leafs Go! 💙🍁💙And, the playoffs are just around the corner. The way they’ve been playing, you’d think they weren’t in the playoffs, I have no idea what is up with them.

I saw that Netflix recently added Girl on the Train to their collection so I thought I should watch it since I have read the book; you can read more of my thoughts on the film.

Netflix also recently added The Sisterhood of the Traveling Pants as well so I thought, why not? I just finished reading the books and so I gave the movie a try. I didn’t really like it, they changed things that didn’t need to be changed; side characters (that ok didn’t really feed into the story) were left out. I just felt really meh about it and I want to keep the images I have of the girls in my head.

I love the Hotel Transylvania movies, they are just really fun and cute!

As I mentioned above, I’m all caught up on Bob’s Burgers. Since I am, I decided I needed another show in it’s place. I decided to start watching The Office (UK edition). I know it’s nothing like Bob’s, but I’ve always wanted to watch it. I figured I’d watch the UK edition before the US as it’s shorter. It takes some time to get into the dry humour, but once you do it’s hilarious, and then you’re sad because the show is over… go figure 😝

The Good Doctor is over for another season. I really like how they ended the season, it just means next season will start on a happy note… I hope.

Continuing my medical drama train, I finished season 4 of ER. I don’t have much more to say other than I’m continuing to love this show and it’s become a bit of a comfort blanket. I just received season 5 from the library and it’s waiting for me to dive into. 😬

I finally finished the first “season” of The Haunting of Hill House. I put quotes around season, as each season is an anthology, so next season is about a different house, with different characters. I really loved these characters so I’m very sad to let them go, but I’m also curious to see what’s in store next.

I made it out to the movies and I saw How To Train Your Dragon: The Hidden World. Oh, it was such a good ending to these movies, more of my thoughts.

He’s Just Not That Into You was another Sunday night Netflix movie, that I enjoyed more than I thought I would. At first I couldn’t really stand it, but then I grew to love it and yes, like a baby I cried at the end 😭

To round out this month, I started watching The Office (US edition) and as I stated in my ‘currently watching’ section, I have fallen in love with this show. It’s the only thing  I want to watch.

I decided to take it upon myself to change my mentality going into March, after February was so drab and I was just not in a good place, I stated “new month, new me, baby!” I was going to start over and forget about everything that bothered me in the past and look forward to the future… well I can say I tried right? I really did, and if I’m being honest it was a better month, there were fewer downs, but March still sucked. Last month I wasn’t in a good space, this month it was my brother so it’s been trying times. I’m going to try and hope that April is better, but I’m starting to give up on 2019.

Let’s look at the good that happened in March shall we?

I started the month by hanging out with my main crew, making homemade pizza (sorry no photos 😕 [I only just thought of it]) and playing games such as Anomia, and Fun Employed. I left links to them incase you wanted to know more because I suck at describing games and how to play them. I ended up being really good at Fun Employed, beginners luck 😝 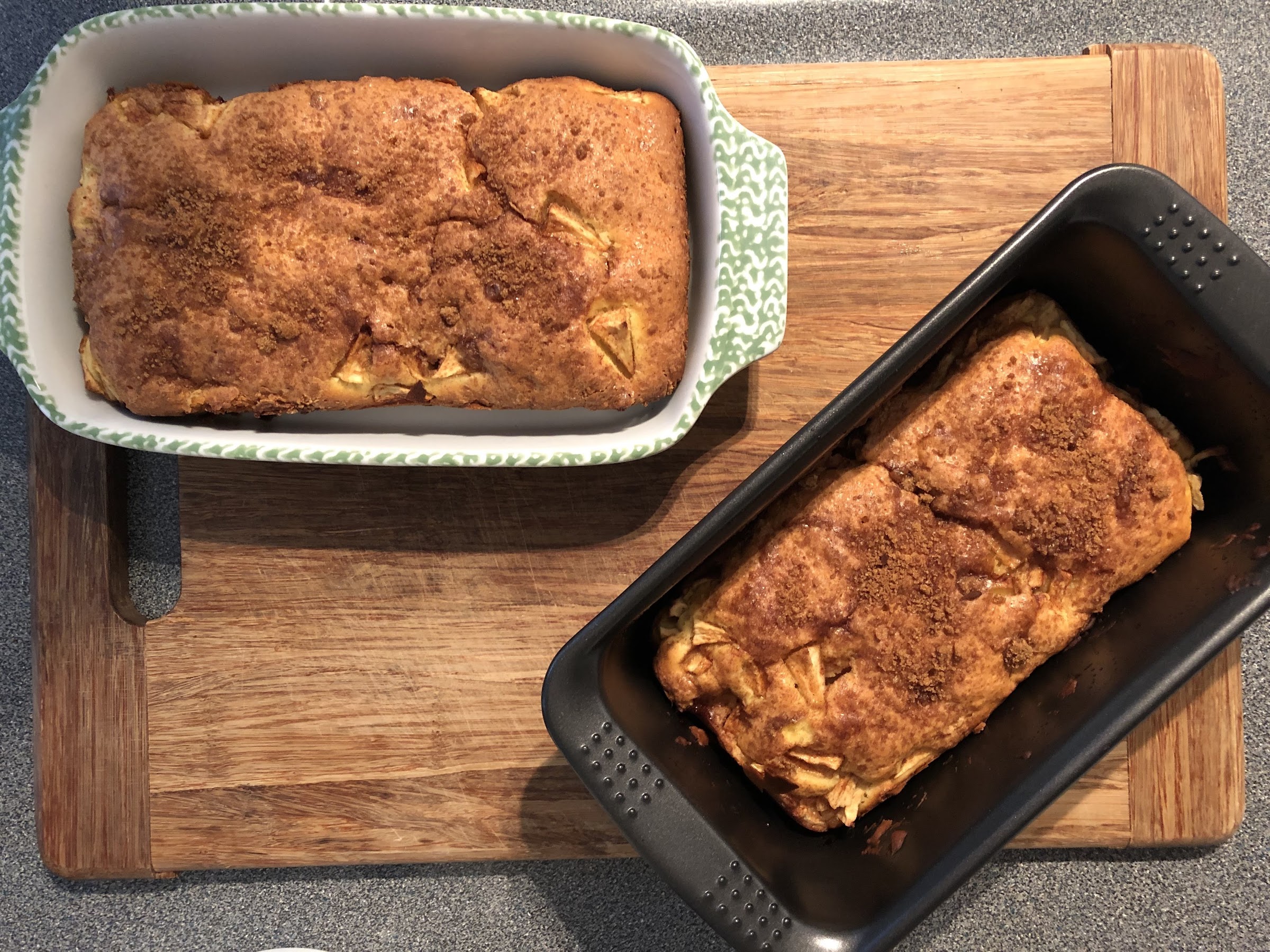 I also got my bake on early this month… I actually had promised my brother I’d bake him a cake for his birthday… it just came two weeks late. I baked my, now famous, apple cinnamon cake. 🍎🍰 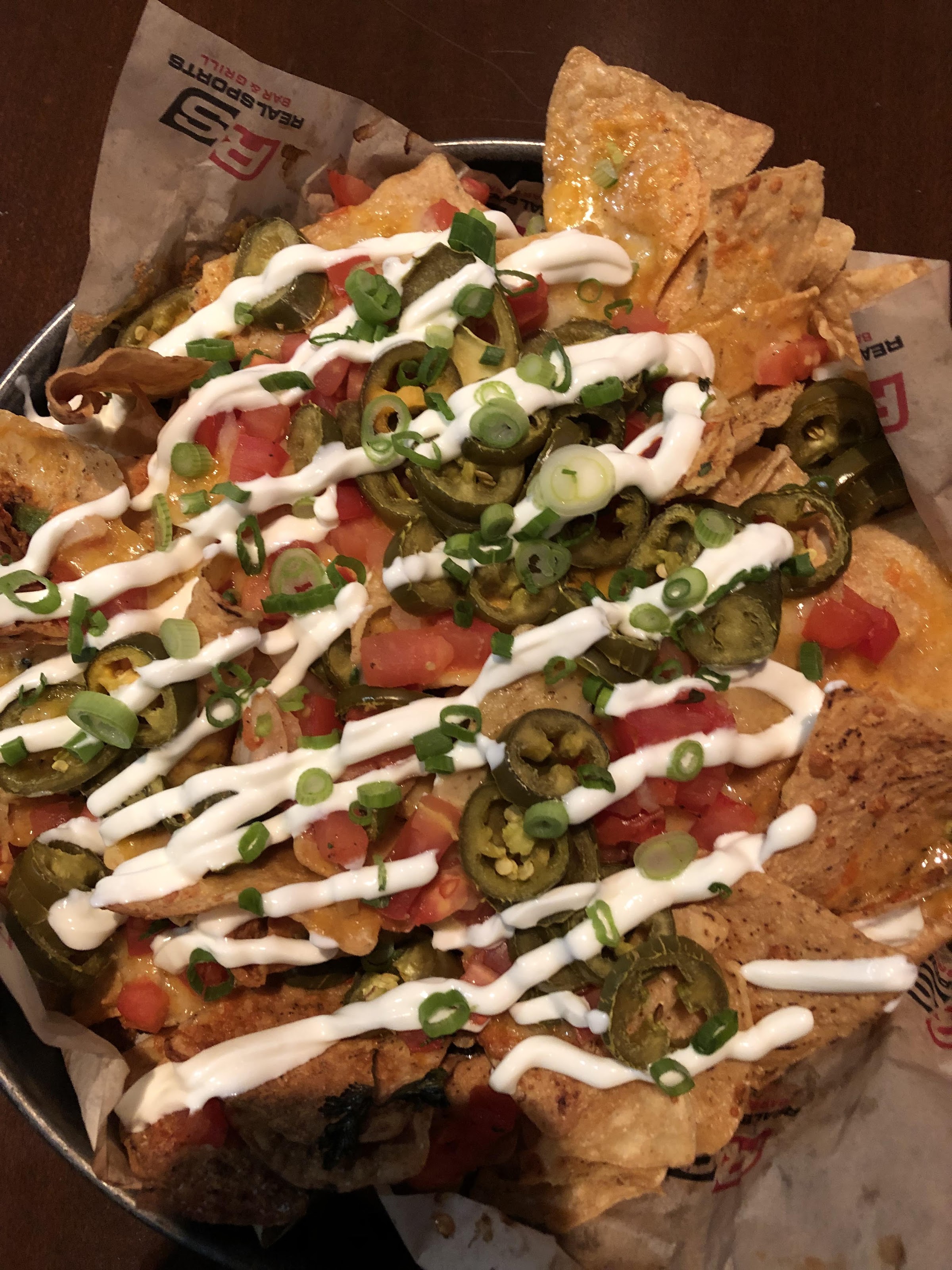 Me and my cousin have been saying we’ll get together for ages now, this month we finally did and it was a great time catching up since I don’t think I saw him in 2018. We went for drinks and dinner (look at those nachos!) in Toronto at the Real Sports Bar that’s attached to the Scotiabank Arena to watch the boys in Blue… who won, but almost lost it in the last minute of the third period!

I’m starting to get things ready for my trip in June and I’m very excited about a new pair of walking shoes I picked up! I can’t believe it’s only 2 months and a week away!

As I mentioned above, I went to the movies for the first time in months. Me and my parents went to go see How to Train Your Dragon: The Hidden World. It was so sweet.

I have to say that work has been looking up. We got rid of one of our new hires because I don’t even have words to describe how much a disruption he was. So I can only hope that things will get back on track.

Before the month ended, I hung out with my main crew once more. I know, twice in one month! Crazy! We went out to dinner to celebrate one of my friends’s birthday. We went to a restaurant called Milestone’s. I ordered this sweet chill chicken and rice dish… as I type this I’m craving for it 😋. Afterwards we went back to her house to play more of those card games I mentioned above.

And to round up the month, me and my parents went to visit my brother at school and go out for dinner to Montana’s where they had a 5$ special on their cocktails… pictured is a drink called the Big Mama. All I know is that it had lemonade and strawberry vodka, it was delish… and I don’t even like lemonade! 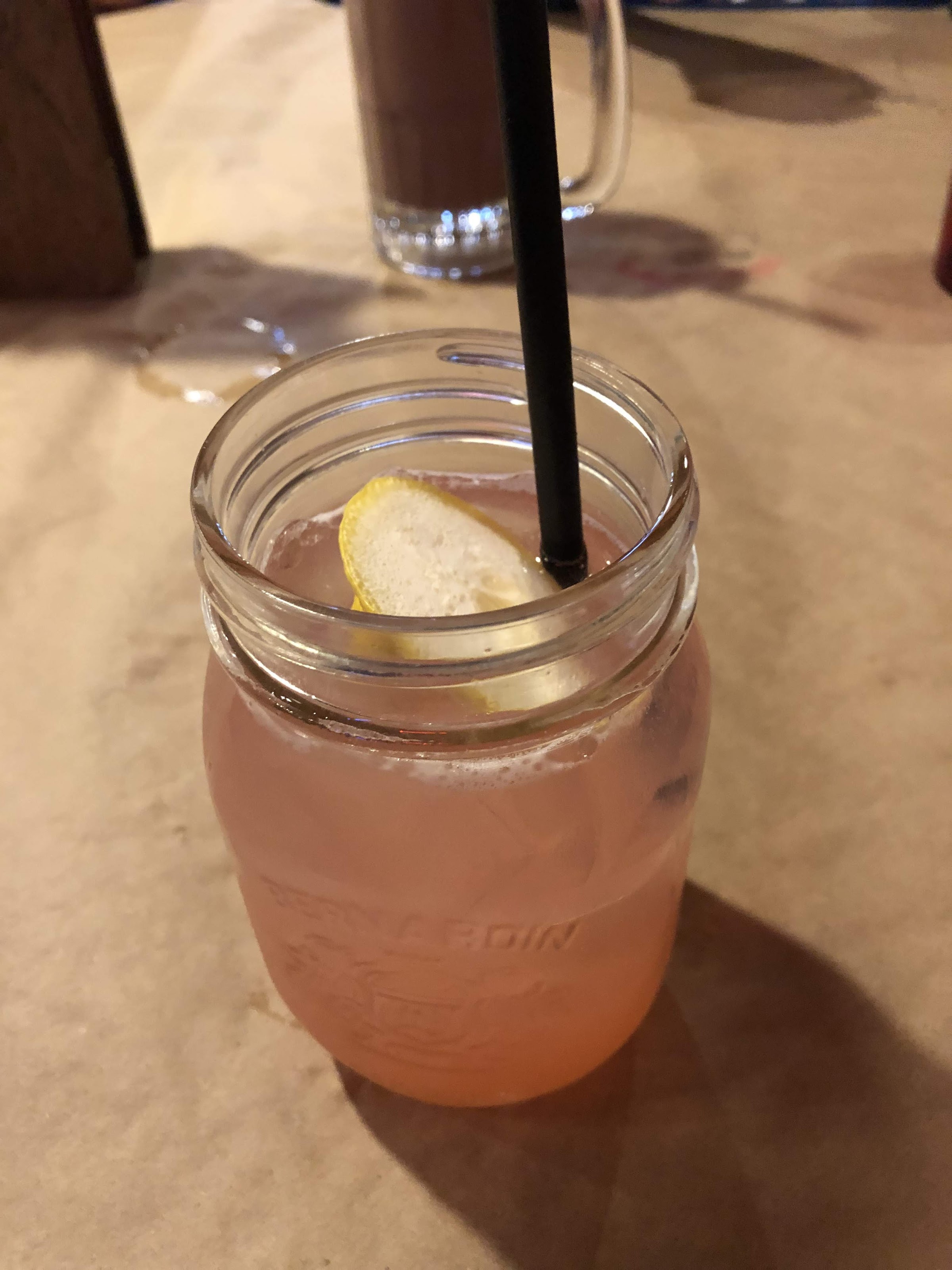 I also made chocolate chip cookies with M&M’s (sorry no photos… this month; I’ll try to add in next month!)

I think I did something every weekend of March, damn!

I hope your March has been fabulous! 😀