Happy Tuesday!  Welcome back to TV Tuesday, today I’m going to be gabbing all about the second season of Black Mirror.

This season starts off so good! That first episode started off really cute… then got really weird quite fast.

Ash and his girlfriend Martha live together and they’re really cute, but one day he dies tragically in a car accident. I felt so hard for Martha, and of course she’s sad. Her friend tells her about this app she can use to talk to him. At first she’s so angry she couldn’t do it. In the end she gives in. This app takes everything ever used on his social media accounts and pools them together to talk to her. It’s really weird, but kinda ingenious at the same time. She goes from emailing him, to actually talking on the phone and you can tell she’s gotten quite attached to this app.

One day she learns that she is pregnant and she’s excited to know that ‘Ash’ is still somewhat with her. I think she’s gotten way too involved but what’s wrong with going on step further? She buys this synthetic body that she has to stick in the bath for it to actually become Ash. Talk about creepy… and of course per this show they take it to the next level and of course she has sex with this thing, why?!?

She loves having it around, and then she snaps and wants it to kill itself by jumping off a cliff. The robot Ash is willing to do that because it just wants to comply with what she wants, and she gets mad because that’s not what the real Ash would do… news flash, it isn’t the real Ash! She tells him he would be pleading and he wouldn’t want to go, so that’s when Robot Ash starts to plead and she’s really done it because she now can’t get rid of him.

Flash forward like 5 years and they have a daughter, who goes to visit robot Ash every weekend… WHAT! How creepy is that? I guess it’s good for her to know who her father was, but uh, maybe not in that way?

The next episode made no sense to me. This woman wakes up tied to a chair and no memory of anything. She has these flashes of people, but she has no idea who they are. When she escapes no one wants to help her, and everyone is just filming her with their phones. She has others who are trying to kill her. We then find out she’s wanted for murder of her daughter, and when she’s able to get a hold of gun and it shoots out confetti, we realize that everything is staged.

In the end she gets locked in a room where her memories of the previous day are wiped and it’s a painful procedure.

After that we find out how the whole thing was a ruse for people’s entertainment. It really showed that we as a society today love to film everything, even if it means other people getting hurt. I like the idea of that as an episode, but the way they shot and showed it here felt really disconnected.

The final episode of the season is about a blue animated bear named Waldo. Everyone loves him, but the guy who operates him, Jamie, doesn’t want to continue with it. But the guy who created Waldo wants to do everything with him, even having him run in a by-election to promote a pilot. But when Jamie starts to attract feelings for a running candidate and things start to turn, Jamie starts to turn sour when she pulls away from him. By the end he tells the audiences not to vote for Waldo… but of course that makes them vote for him more. 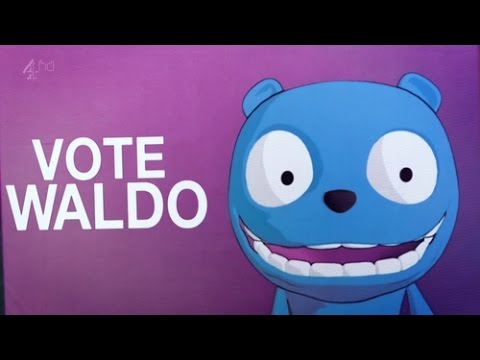 He comes in second place, but it still makes Waldo very popular. Jamie wants nothing to do with the bear anymore so he walks away, but he can’t truly walk away because the bear ends up on screens everywhere.

I think season two is a slight step above season one, the show is still trying to find its voice and its spot in the world. But it’s still very original with nothing like it.

I’m also going to talk about the Christmas special here because that was a whirlwind of an episode. First off it starts off with Jon Hamm! I love Jon Hamm! He’s in a cabin, but is he really in a cabin?

We learn that he was illegally helping men seduce women and we follow this one guy who goes to a party he wasn’t even invited to, to meet a girl. Things look to be working out… that is until they end up back at her place and well he dies because she poisons him.

He’s telling this guy Joe all this because he wants Joe to open up to him, and Joe does. We learn that Joe had a fight with his girlfriend when she found out that she was pregnant, she doesn’t want to keep the baby, but he wants to keep it. Now that had me completely suspicious, like what is going on here.

They get into this really big fight that she blocks him. Blocking is when you can literally turn the other person off and all you see is a giant pixelated blur. It kinda reminded me of when Marshall and Lily would get into fights on How I Met Your Mother, they would pause their fights, but this is like a whole other level of that. She pretty much blocks him forever. He would still try and visit to see his kid, but of course his offspring is also blocked as well.

The other horrible thing about the block feature is that you can’t get over the person either so it’s just this long painful amount of time. But one day he finds out that there was this big accident and she was killed and he’s able to see her face again, and finally mourn and move on.

Once he’s done that he decides that he needs to see his kid. He drives up and goes up to her while she’s playing in the yard and when she turns around, man, that is not his kid. He freaks out and everything kinda falls into place just a little bit. His girlfriend didn’t want to keep it because it wasn’t his kid, holy shit! When his girlfriend’s father tells him he’s not the little girl’s father, he smashes his head in and the little girl goes to get help, but ends up freezing in the blizzard and dying. He finally admits it, and that’s when Hamm’s character Matt comes out of this, I don’t even know what to call it.

We learn that Matt has been working with the police for his own release as he’s in prison for his crimes and is registered as a sex offender. It’s with his master manipulating skills he’s able to get this confession out of Joe, and Joe has been sentenced to having his time perception altered to 1,000 years a minute… talk about trippy, holy hell.

Matt on the other hand is released but he’s been blocked by everyone, so he will never see another face again. I don’t know what’s worse, jail or being blocked by everybody. This is one of those episodes that I would love to explore more. But I guess we’ll never know! That’s what’s great about these episodes is that they can end so open ended and leave the viewer to interpret the meaning. 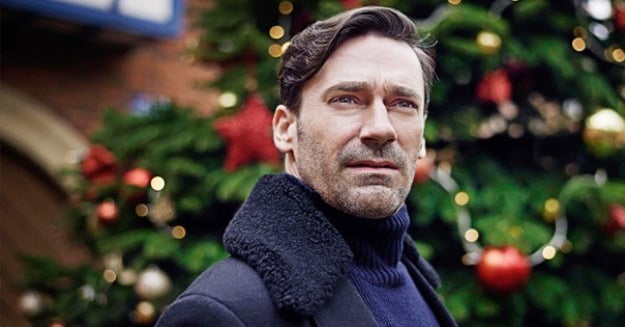 One thought on “Let’s Talk About… Black Mirror Season Two”