Hi guys! Welcome to the first Friday of the year… we made it through the first week… sorta 😂 Today I’m going to be posting my thoughts on the new movie, Mary Poppins Returns.

I didn’t make it one of my “official” goals but I do want to go to, and watch more movies this year… let’s see if I can do it! 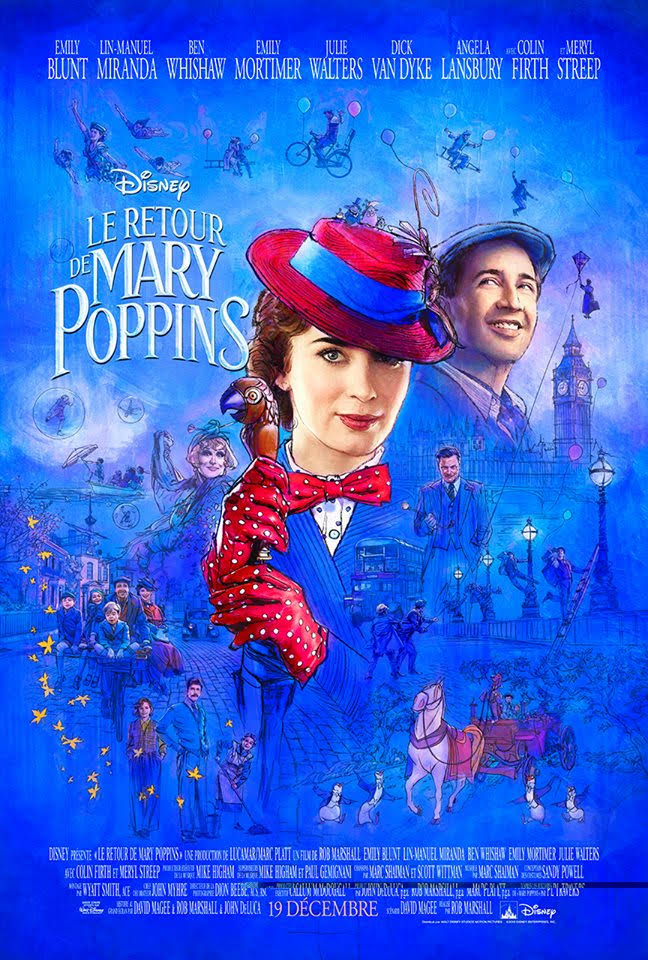 Mary Poppins Returns: It’s years later and the Banks’ children have grown up; Michael now has three children of his own, but with the death of his wife things start to fall apart and the house they’ve lived in for years is about to be taken away by the bank. Michael, with the help of his sister Jane, his children and of course Mary Poppins, come together to save the house, and restore the family’s happiness. This whimsical tale takes on elements from the original and gives them a new spin. The plot was well done, it was easy to follow along, and for the most part interesting. Although if you’re not a musical fan, this film can be boring, and even if you are a fan of musicals, some of the dance scenes go on and on when there’s no need for them to go as long as they did. This really made the film drag, and clocking in just over two hours, this film could have easily been cut to a ninety-minute film. That aside, the acting was well done, if not over the top at times. Emily Blunt plays Mary Poppins quite well and really encompasses who Poppins is as a character. Overall, it was a nice homage to the original, it just might not be everyone’s cup of tea.