Hi guys! Welcome to the first of November! It’s time for yet another recap of the past month! Let’s get into it!

If you missed September’s wrap up, catch it here!

Still reading ‘Salem’s Lot. I’m enjoying it so far, I’m about 100 pages in. Only 29 more weeks to go!
I started reading Mockingjay to finish up the Hunger Games re-read; I do still really enjoy these novels!
I started Traitor of the Trone (Rebel of the Sands #2) eariler this week. I have to say it’s longer than I anticipated!

I managed to read 12 books this months. I have no idea how, but I ain’t mad.

Fall of the Poppies by: Various Authors
The Two-Family House by: Lynda Cohen Loigman
Big Mushy Happy Lump (Sarah Scribbles #2) by: Sarah Andersen
These Ruthless Deeds (These Vicious Masks #2) by: Tarun Shanker & Kelly Zekas
Shelter by: Jung Yun
Evicted by: Matthew Desmond
The Mark of Athena (The Heroes of Olympus #3) by: Rick Riordan
The North Water by: Ian McGuire
Herding Cats (Sarah Scribbles #3) by: Sarah Andersen
Rebel of the Sands (Rebel of the Sands #1) by: Alwyn Hamilton
Wink Poppy Midnight by: April Genevieve Tucholke
The Way I Used to Be by: Amber Smith

My bookstagram has been seriously lacking this month. I always say I’ll try harder next month, but I doubt that will happen. Here are the three measly photos I did take. 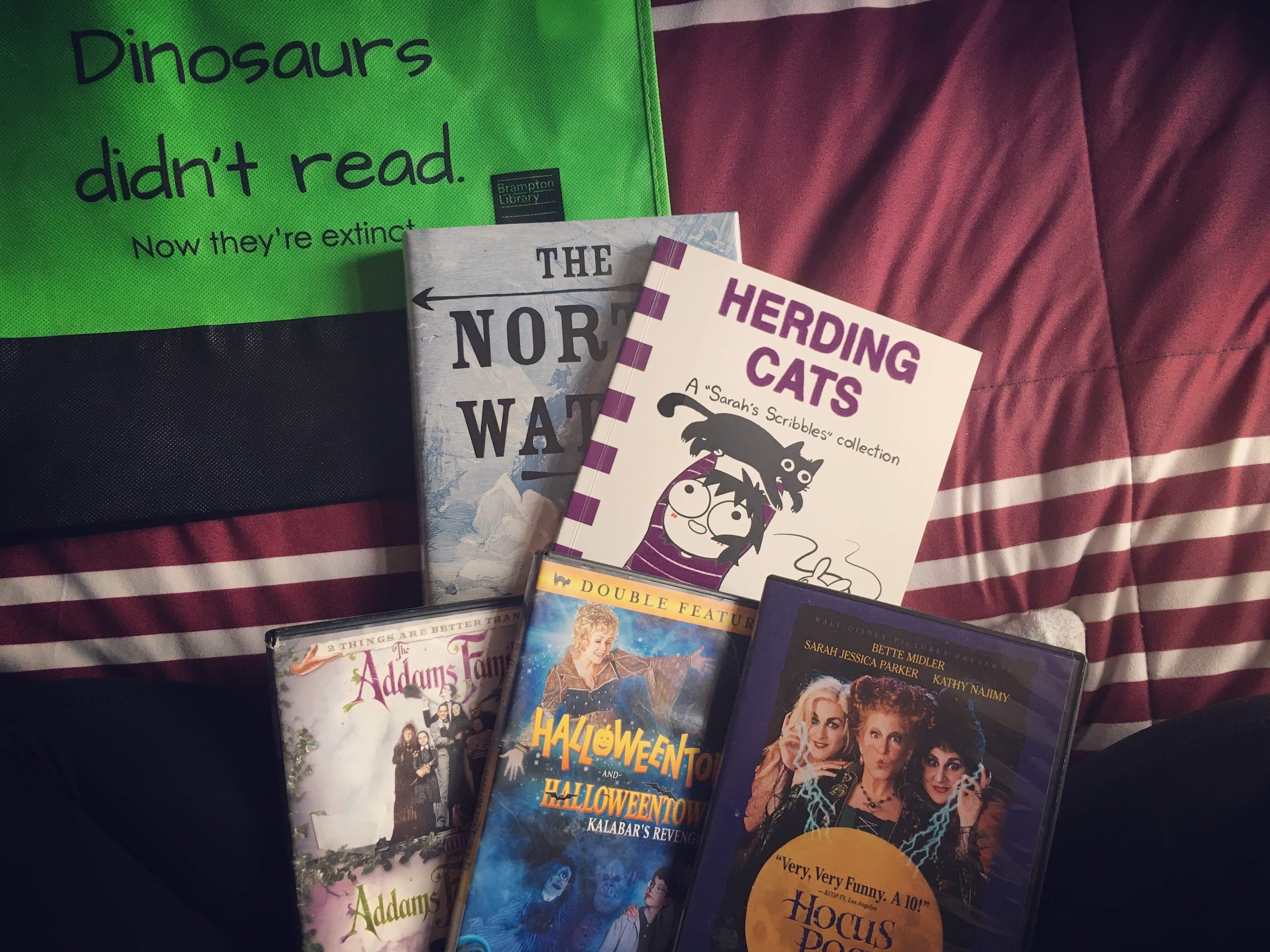 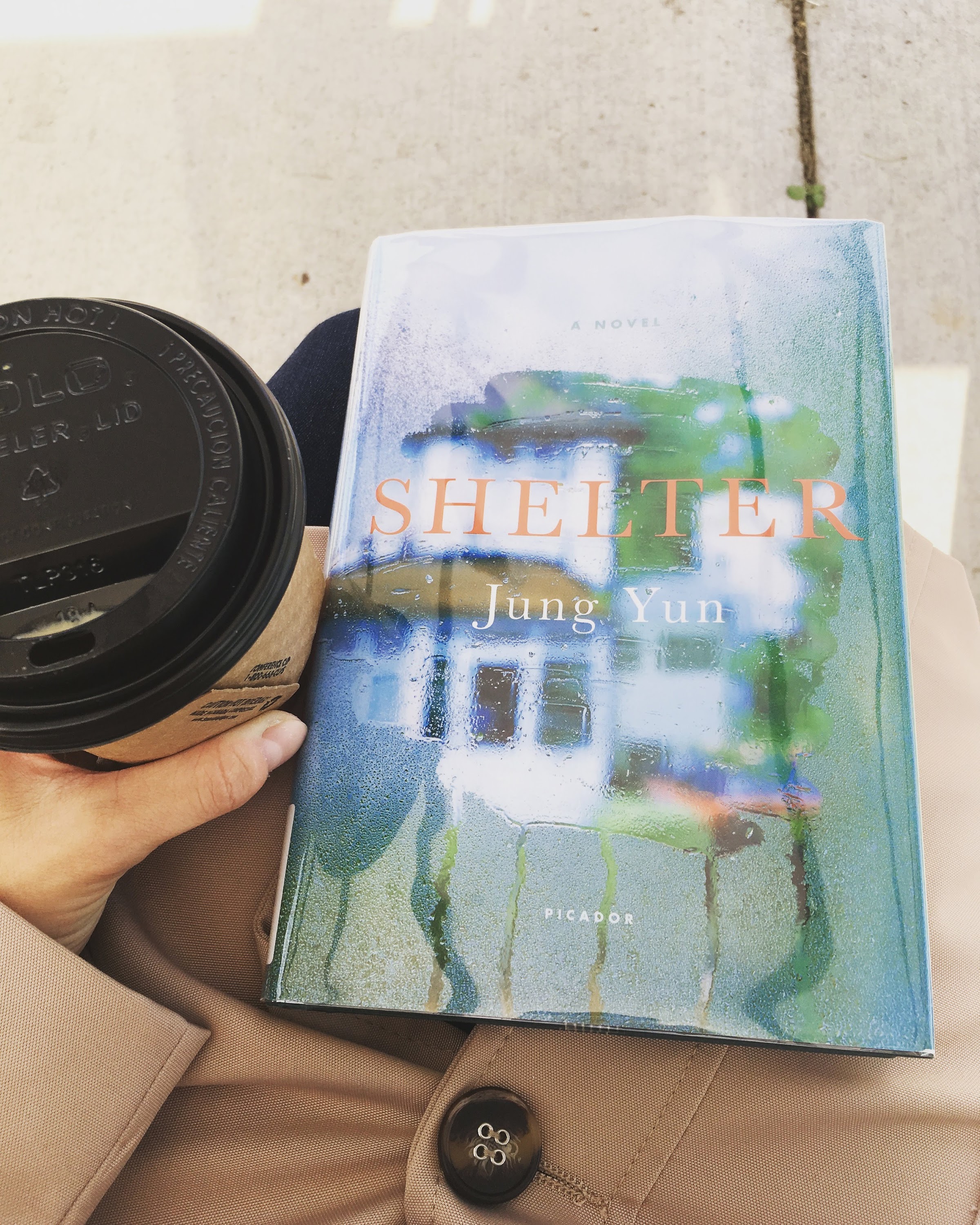 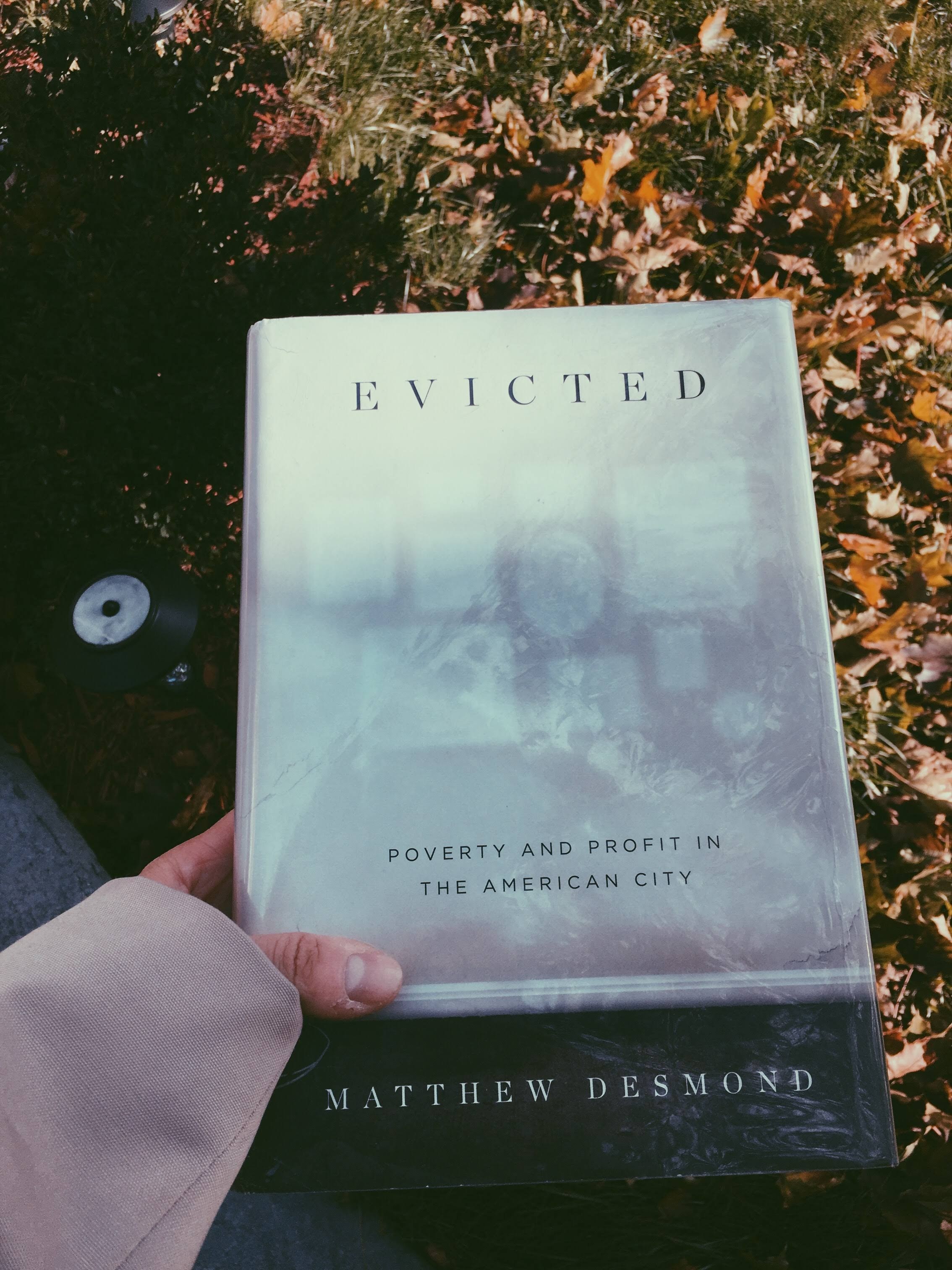 I’m still trying to make my way through Bob’s Burgers, but guys I finished season 4!!!
I’m still continuing with all my TV shows.
The Good Doctor has become my new favourite, This Is Us is just so heartwarming… when it isn’t being sad. The Good Place is hilarious! Grey’s Anatomy is my guilty pleasure, I’ve been watching it for so long. How to Get Away With Murder seems to get stranger and stranger, I can’t wait to find out about the murder at Oli & Connor’s wedding! I of course can’t forget Jeopardy! I am obsessed with it! Station 19 started up this month, and I have to say I’m liking it more than I thought I would.

I couldn’t forget about my boys. The hockey season kicked off October 3 and it’s been a wild ride so far! 💙🍁💙

I am still on my journey through Bob’s Burgers. Don’t judge me. But I did finish season 4, so I’m making progress… just very slowly.

As it’s October, I’ve been trying to watch Halloween/horror/thriller movies Insidious 3 was one of them. A few Holloweens back my brother and I watched the first two and of course Netflix only has this one.

I watched The Grudge. I was supposed to watch the sequels, but that unfortunately didn’t happen. The Grudge wasn’t bad, could have been scarier for my taste, but for what it was, it was good.

I got a bunch of movies from the library… Halloweentown and Halloweentown II were among them! I have such a good time rewatching these, even if they’re cheesy! The Addams Family plus The Addams Family Values and Hocus Pocus were also a some that I got. When I went back to the library the following week I picked up Poltergeist, unfortunately it was the 2015 version, and uhhhh just not good. The Sixth Sense was a much better follow up. Texas Chainsaw Massacre was good, I thoroughly enjoyed it.

Inferno was not part of my Halloween watch, I just happened to see it since my mum wanted to watch something and it worked because she’s seen the past films; I read the books.
I’m also adding that I watched Catching Fire, technically I watched it in September after my re-read of the book, but I was having such a hard time configuring images in that blog post that I’m just added it here!

A last minute add! I watched The Rocky Horror Picture Show last night. I forgot how much of a good movie it is! 😀 I enjoyed it so much!

October, for the most part was good. I had a few hiccups, but I decided not to let those things get in the way of bettering myself and challenging myself, if you will. On the first of October I set a list of goals that I wanted to achieve for the month.

My October set of goals:

I have to say, I think I did pretty well. I think actually having this list made me want to work harder at it than just saying I was going to do something. If you follow me on Twitter you can follow along with my progress. I will probably be doing another for November!

I got my my bike for a total of 5 times this month, which is a hellva lot better than September, when I didn’t ride it at all. Shameful, I know! 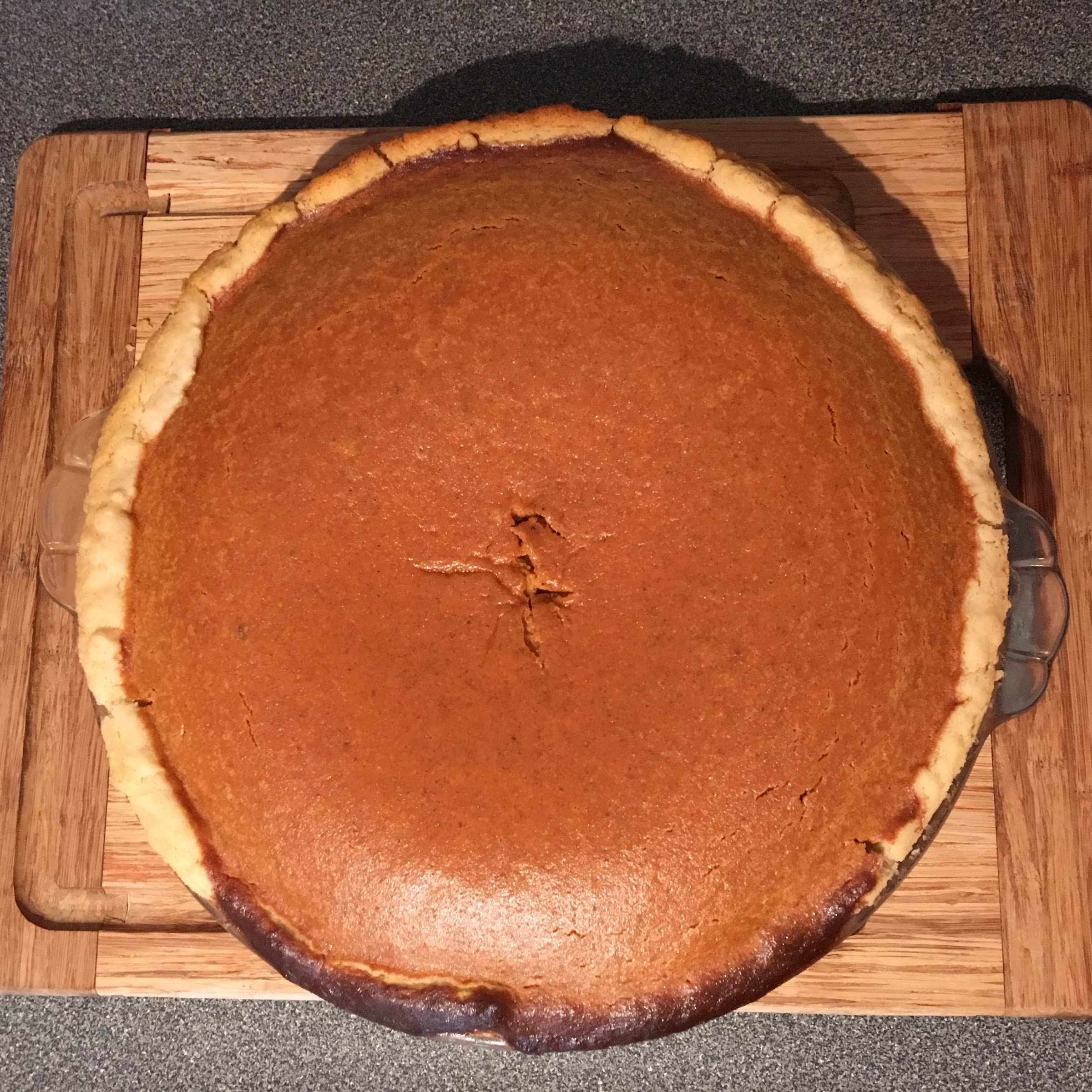 I did bake a pie for Thanksgiving and it was delicious. It was my first time making a pumpkin pie and I have to say I winged the spices a little bit 😝 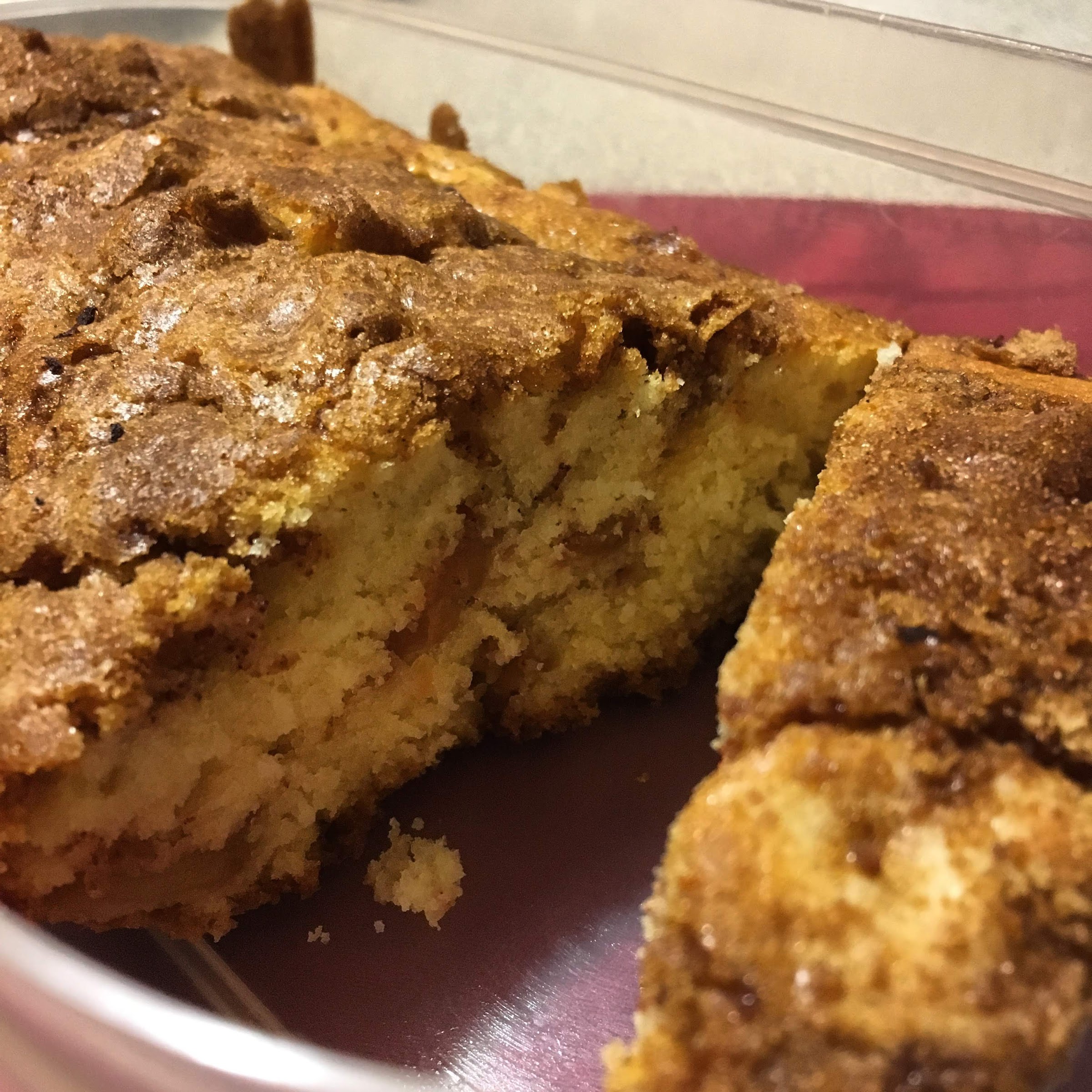 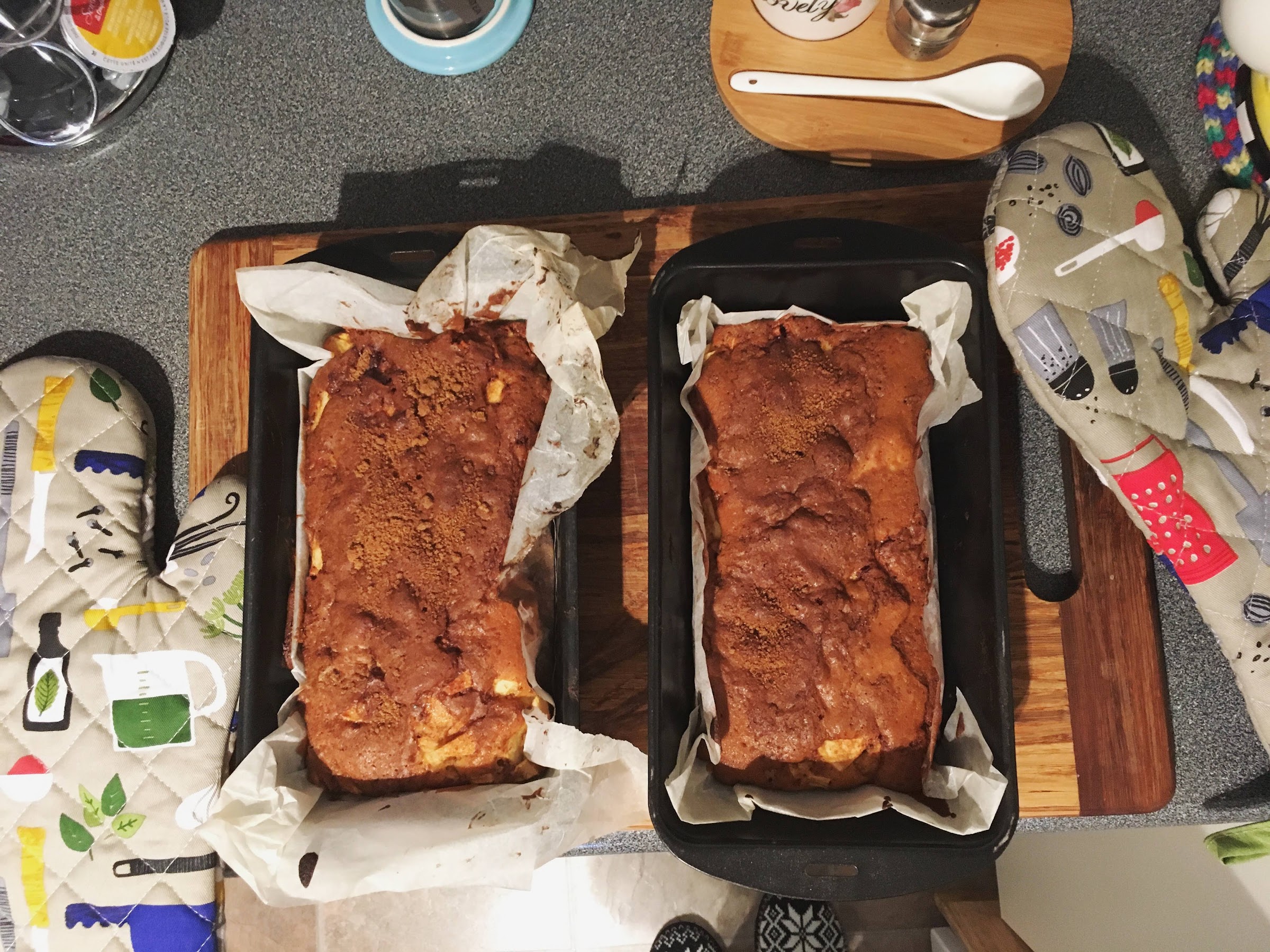 I also got my baking on and I made a Apple Cinnamon Cake Loaf… that was a huge hit in my family… which means something because they are my biggest critics.
Because it was such a giant hit, I made it a second time! Two weekends in a row.

I completed my 2018 Goodreads Reading Challenge at the beginning of October! I have since gone over that number, as I’m at 103 books! 🙂

I managed to watch a total of 10 ‘Halloween’ movies.

The only thing I didn’t really do was figure out the skating schedule. I really thought that if I wrote it down I would do it, but alas there is always next month!

Here are some additional photos from the past month that I felt worthy enough to show. 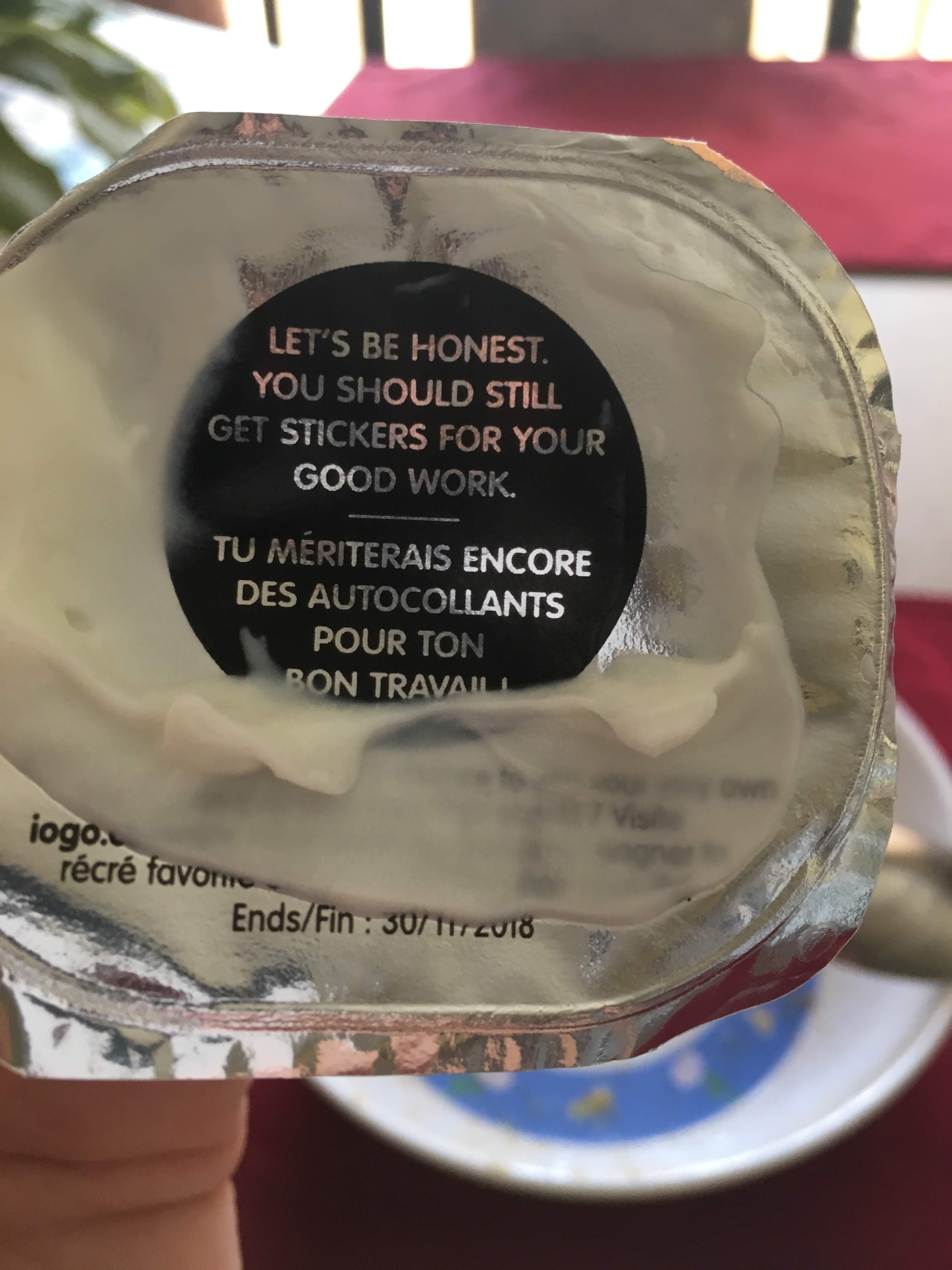 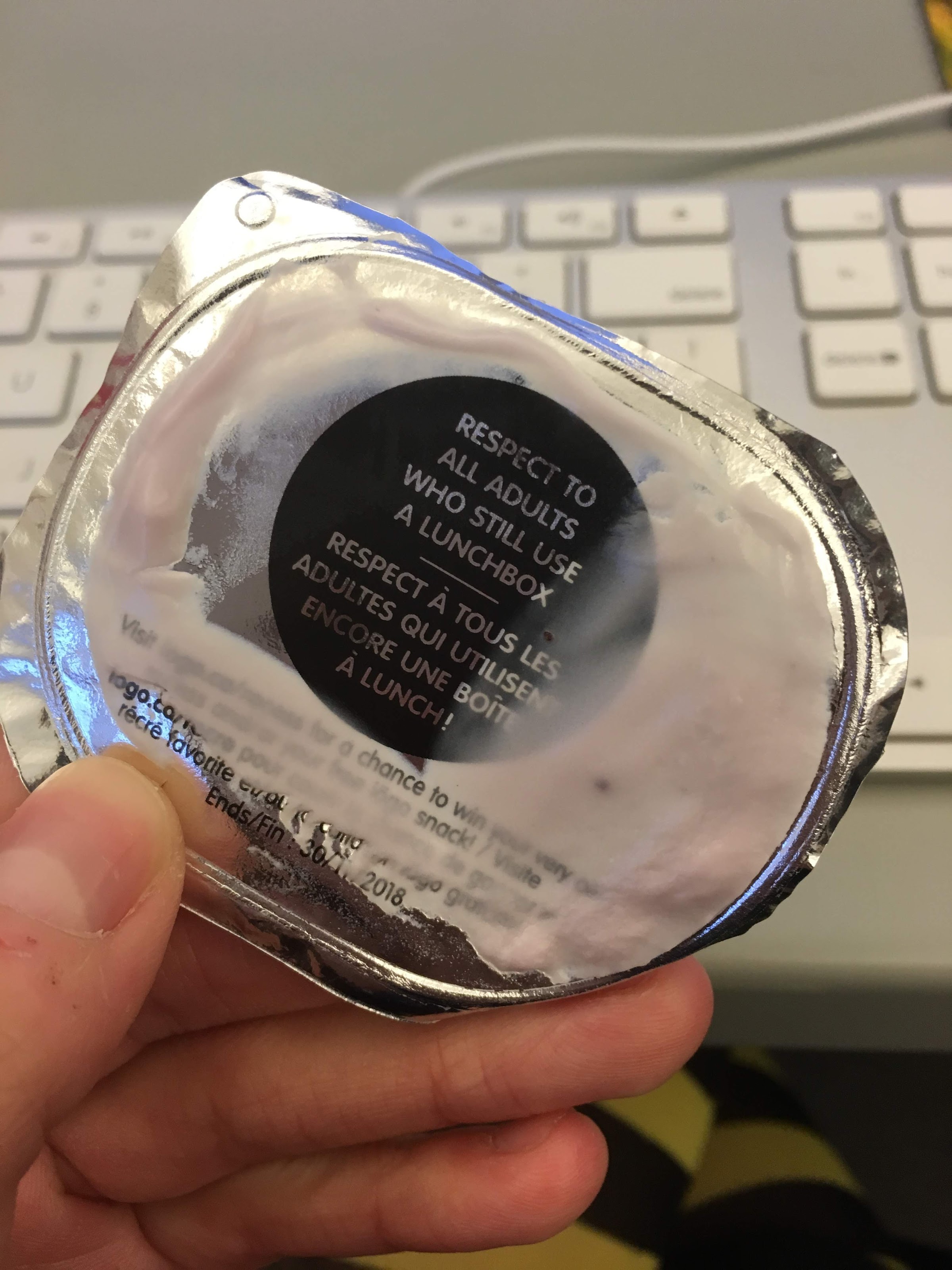 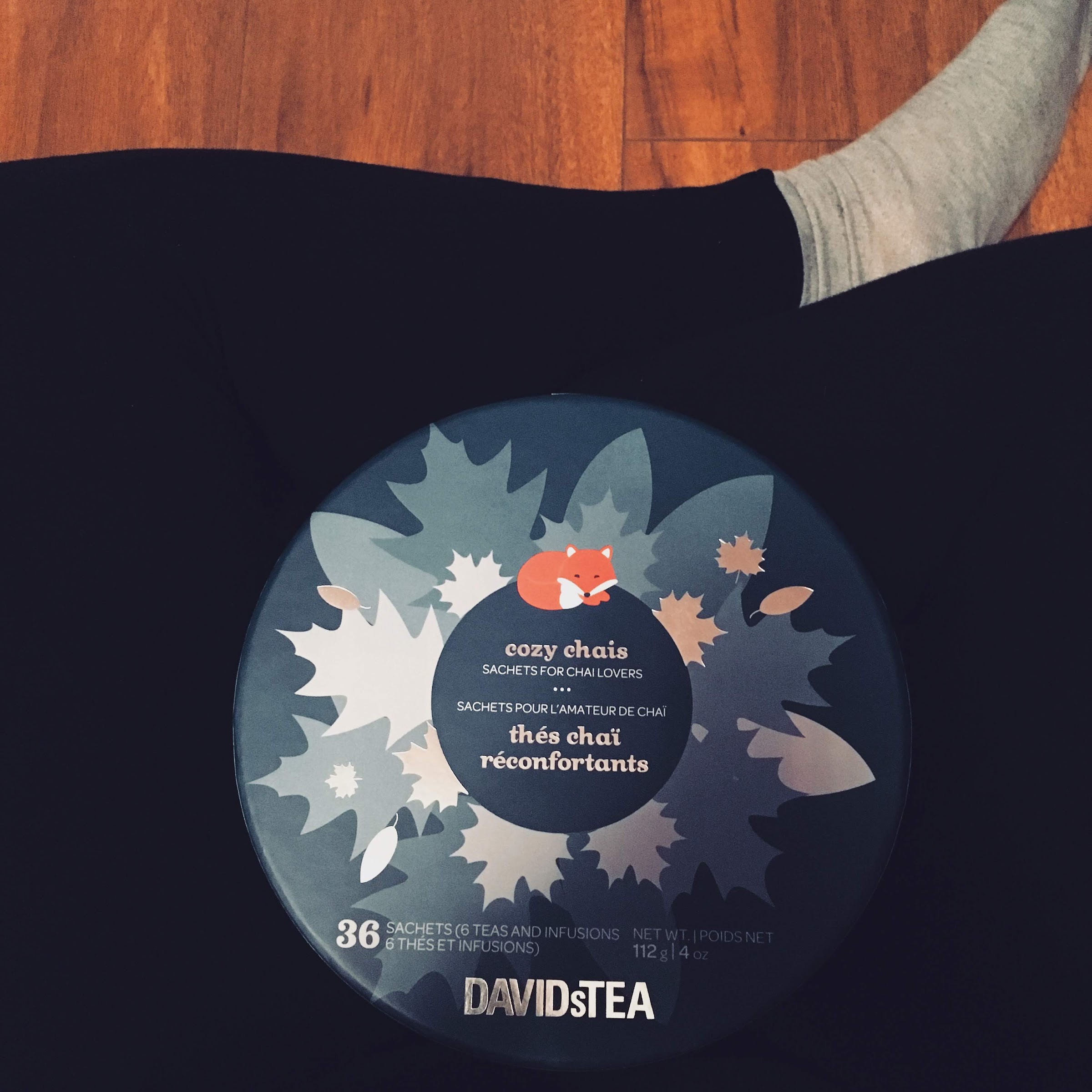 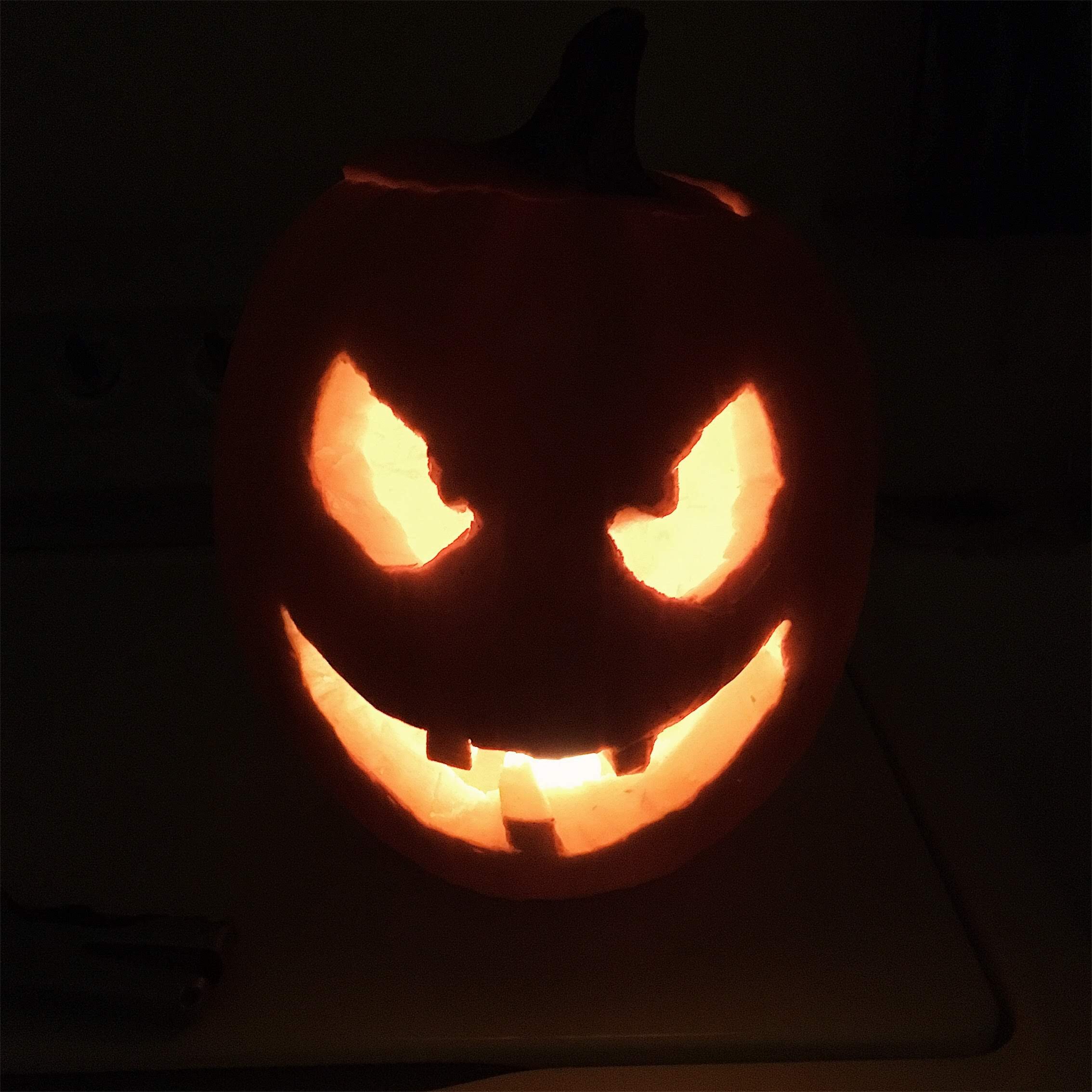 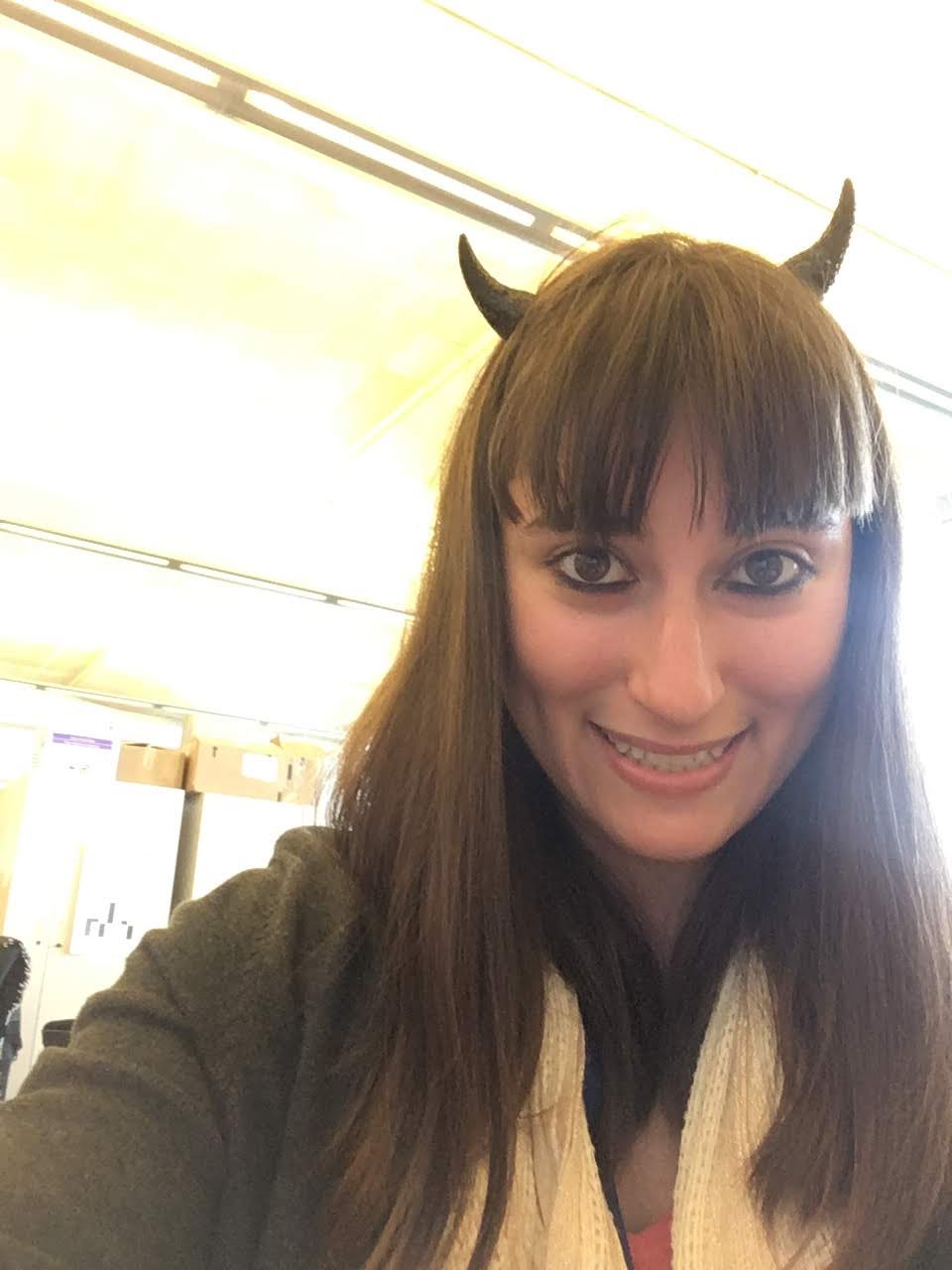 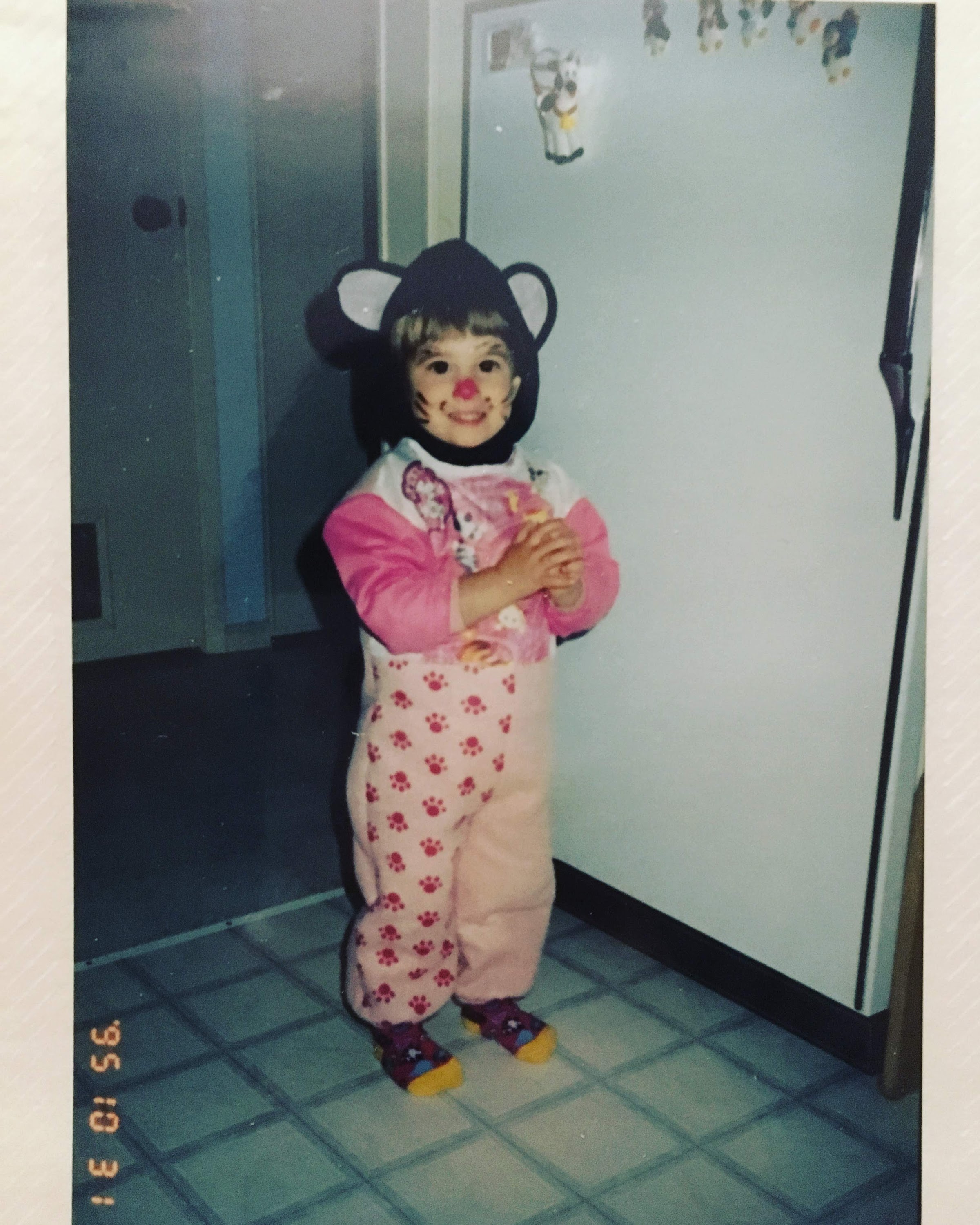 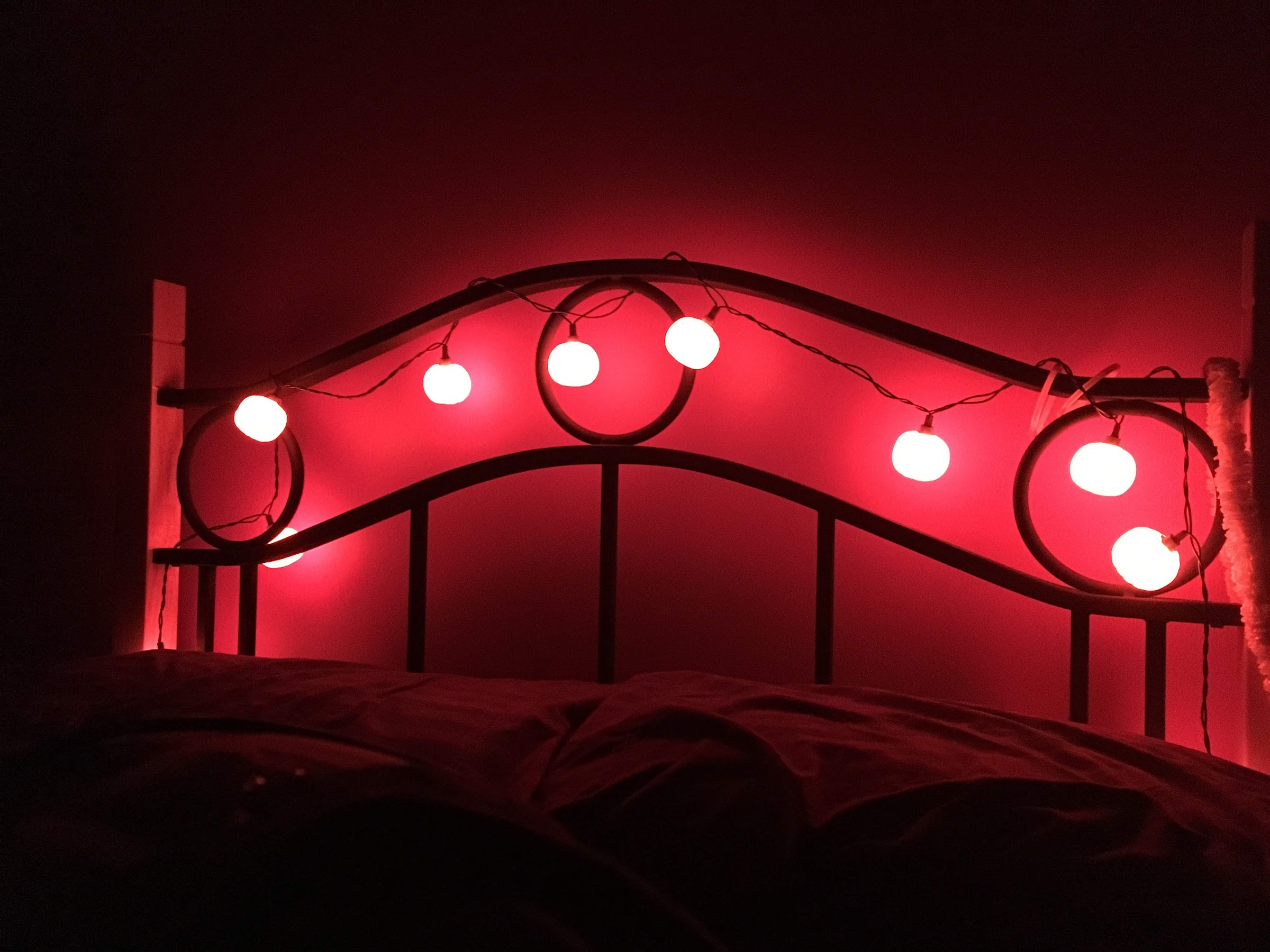