Hello all, welcome to another TV Tuesday. Today I’m going to be talking all about the fifth season of The West Wing.

The season opens with Zoey still missing. I know there is no much going on, but I have to address this before I go on. Is Sam not on the show anymore?!?! Like first of all he’s not on the show, we don’t see him, and he’s no longer mentioned at all. Second Rob Lowe is no longer in the main sequence so I’ve come to the conclusion he’s gone. How can they do this, I loved Sam… he better come back!

Moving on, so Zoey has been missing for hours now. We find out that the drug dealer was connected to the military that they were attacking, and so they are holding her hostage. It’s very heart wrenching to watch this. 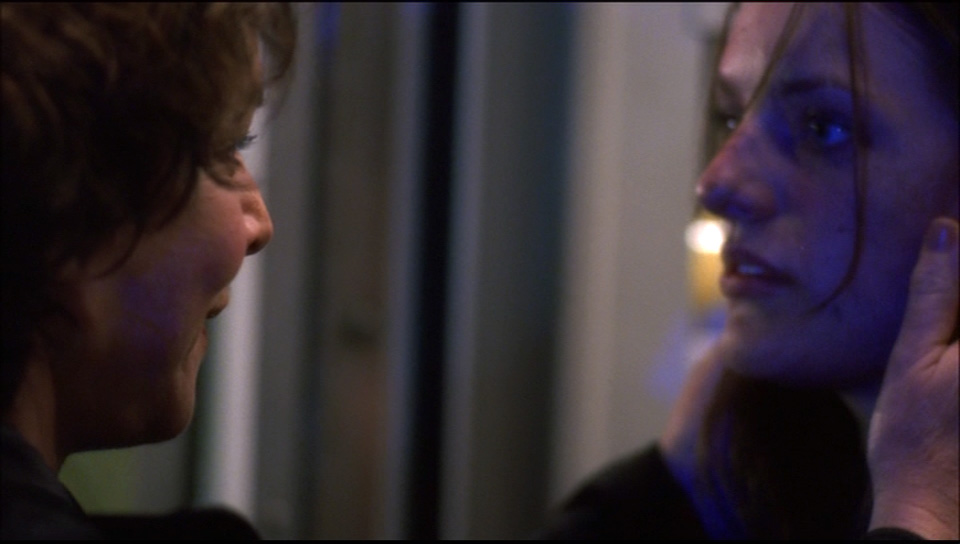 So Glen Walken was sworn in at the end of the last season to become the President for a little while. I did not see that coming, but it makes complete sense. Jed can’t rule or make any kind of decisions while his daughter is in danger. He’s not in his right mind so having someone in his place is smart. Walken is not the greatest president, and no one seems to like him, but he does for the two episodes he has the job.

Zoey is found, and rescued and I’m very glad it’s a happy ending. I couldn’t imagine it being a sad ending. Because of this we get to meet his last daughter, Elizabeth. 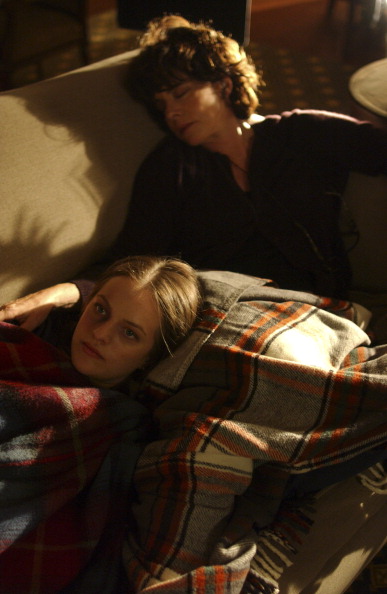 After everything has gone back to what is considered normal at the White House, obviously things don’t stay quiet.

The President must still appoint a Vice President, who they finally choose Bob Russell. From everyone’s reaction it’s not who they want, but it’s the only one they have.

Josh is having a good season, until his birthday, okay not his birthday per sae, but right around his birthday he loses Carrick’s support, and that upsets a lot of people. Carrick just wanted a comprise over missiles, and Josh couldn’t do the compromise, therefore Carrick met his tipping point. It’s a really hard hit, as he is taken off some of his workload, which is kind because a lot of people don’t want him to still have his job. Talk about hard to watch. 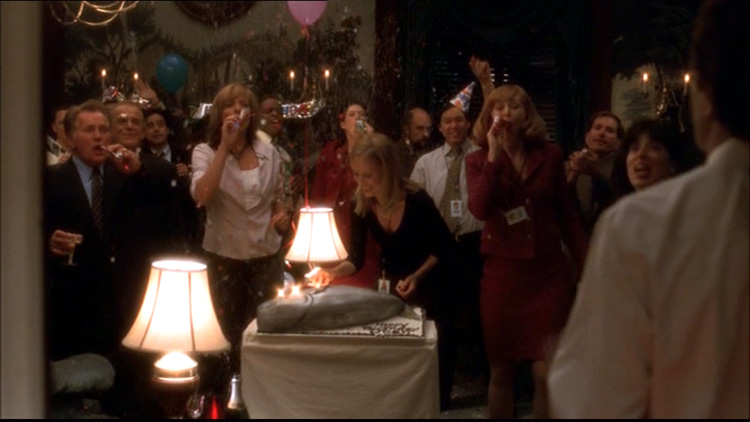 So they have someone replacing Josh, Angela and obviously Josh does not like her. She’s alright, but I think Josh is a whole better at that job.

This plot just keeps snowballing; now that Carrick is gone, things get very tense. There are a lot of disagreements, a big one that leads the president to shut down the government. It’s very intense. For four days only the most senior staff are working, until they finally reach a settlement; a budget that has to deal with cutting taxes. It takes Jed’s wife being called in to get to this agreement, but it’s a good thing.

Toby has gotten himself a new secretary and it seems no one really likes her. She definitely different. I don’t think she’s done a political thing in her life, but hey it’s Toby and he can do what he likes.

That leads right into what I’m going to say about his new plan. He has this plan about social security that he’s hiding from everyone but the president. He’s acting all fishy towards everyone, and when things don’t work out, well this is his big fuck up. 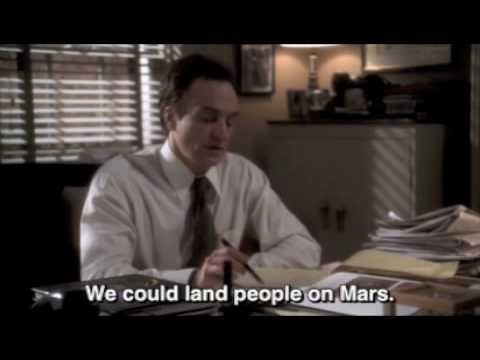 Josh has become obsessed with space and Mars and sending people out there. It’s good to see him exciting about something again. He’s been kinda mopy this season. He hasn’t fully recuperated from his blow earlier this season.

CJ is dealing with the press, and this new guy Taylor Reid is calling her a chicken, and pretty much calling her a fraud. Saying she’s lying to the president, etc., which I think is rude. I really hope this goes places.

And it sort of does. She ends up on the show quite a few times, and I love her when she’s on the show because she’s really in her element; string, powerful and full of knowledge, she’s so good at debating I love it. I also really love that on camera Reid can barely stand her, but off camera he’s her biggest fan.

She also keeps getting calls from her ex-boyfriend Ben, where is this plot going to go?! When she finally talks to him, she says she’s all in, and that’s when she thinks she ruins it with him by saying that.

I also want to mention that I love how concerned Toby is in her life. Their relationship is super cute and fun to watch.

So Hoynes, the last Vice President is making a comeback… with his new book. His book is his ploy to become the next President, and in it will be everything to take down Bartlet.

Josh has himself an intern this season, Ryan Pierce and gosh the hatred Josh has for him is kinda funny. When Ryan does something really good, Josh tears him down, but it takes a really good play for Josh to finally accept him. But it’s obvious Josh doesn’t like him because his uncle is a U.S Senate and the only reason Pierce has the internship is because of his uncle. But I do have to say, at least the kid can pull his weight, and isn’t just dumb.

I also have to mention that he must be the only character with a proper send-off on the show. We get told it’s his last day as an intern, they throw him a party (that we don’t see, but know happens) and he’s gone. I’m very surprised.

Near the end of the season, we get this episode that is documentary style of CJ’s job. We get to see an in-depth look at a day in her life, and how crazy it is. I enjoyed it; it really got to show off CJ’s role, as she is my favourite character it was like a little bonus for me. I like attention she gets, and the fact that she’s the first female press secretary who has served two terms; that is one amazing accomplishment, and a stand for women.

Speaking of women, firstly I love how Abbey just wants to jump right back into medicine even though her license has been suspended. What does she do, she goes on Sesame Street, and it’s just super cute and kinda funny. Secondly, Donna wants more from her job so she begs and she begs Josh for something more to do.

I’m so happy to see these women fighting for their work.

So Donna gets a mission to go to Gaza and report everything back to Josh, as a correspondent. While on this trip she meets a man, and they become close. It’s really nice to see her trip, but then everything goes wrong, the car that she was in gets blown up from a bomb.

This drives Josh insane. It’s cute to see him so worried. When he gets no answers he takes a plane to Germany where they have taken her to, to make sure she’s alright. Donna wakes up, and of course her new beau shows up and that gets Josh jealous, ha! When he is asked to meet one of Middle Easterners, he goes to hear of their plans. When he gets back, Donna is gone. At first I thought that the whole meeting was a rouse to get Josh away from her to abduct her, turns out she got worse and is in surgery. I’m sure she’ll be ok, but we have to wait until next season to find out.

The funny part of the episode is watching the president try to throw a baseball. On that note, I think that’s where I’ll end it for this season.

This season wasn’t anything special; it had its high intensity moments, but for the most part it was alright.